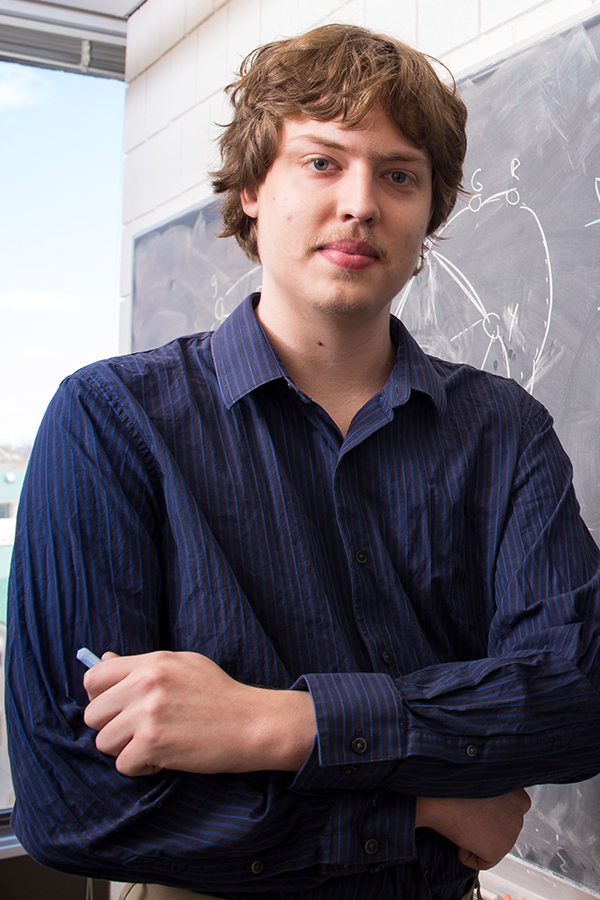 Mathematical Sciences graduate Joshua Brakensiek received a Graduate Research Fellowship from the National Science Foundation that will help fund his graduate studies at Stanford University as he pursues his Ph.D. in theoretical computer science.

Earlier this year, Brakensiek also won an Outstanding Undergraduate Researcher Award from the Computing Research Association along with a $1,500 award to attend a research conference of his choice.

Brakensiek came to Carnegie Mellon University as part of its Knaster-McWilliams Scholars program, which is one of only a few scholarship-supported programs in the United States that pairs an honors program with increased access to faculty and early research opportunities.

His undergraduate research in coding theory, computational complexity theory and approximation algorithms has resulted in several publications, manuscripts and presentations at major mathematics and computer science conferences and symposia.

He is also a Goldwater Scholar, a two-time Gold Medalist in the International Olympiad in Informatics, and a Putnam Fellow and member of the Carnegie Mellon Putnam Team that placed first in 2016. 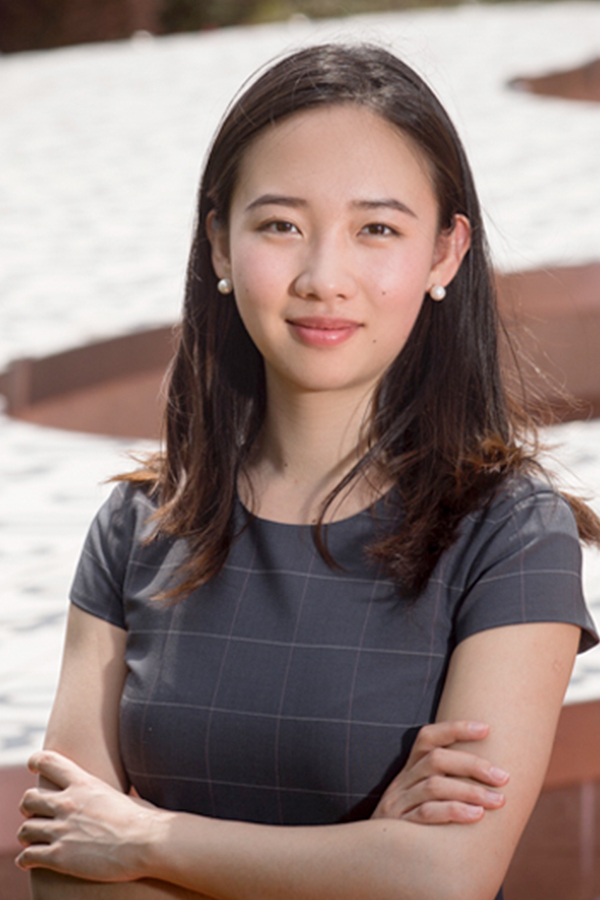 Li is part of the Department of Mathematical Sciences’ Computational Finance program. She is a dedicated student leader who has enriched her fellow students’ experiences through her passion for computational finance. In 2016, Li co-founded the Quant Club, which has been an invaluable resource for students interested in quantitative finance.

As a club leader, she helped organize mock interviews and conducted resume workshops for students, where she used her own experience in finding internships to help students prepare for recruiting season.

During her junior year, Li accepted an internship with Goldman Sachs as a sales and trading analyst in their securities division. Following her internship, Li was offered a full-time position with the company in their interest rates products division upon graduating in May 2018. 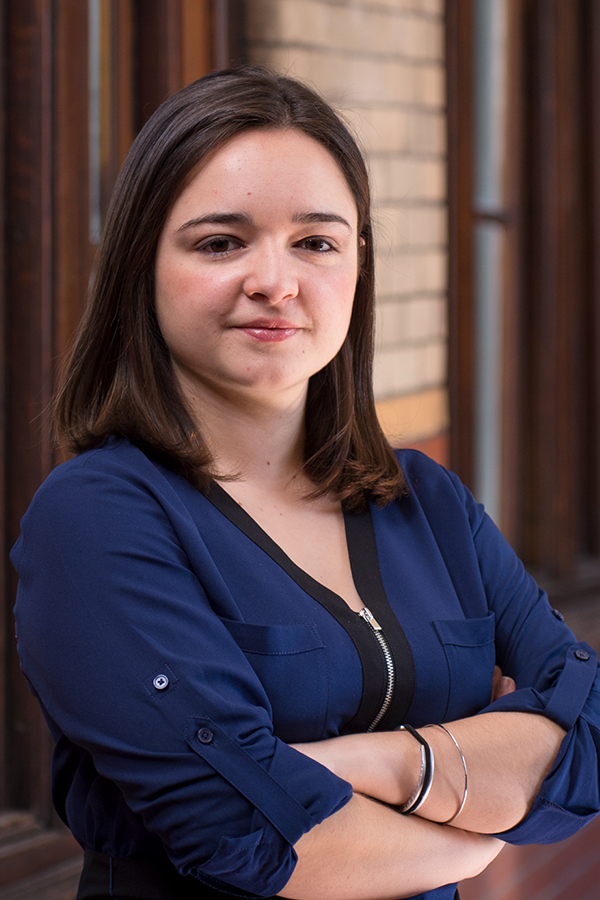 Chemistry graduate and Science and Humanities Scholar Christina Cabana was awarded a Gates Cambridge scholarship to pursue a one-year master’s degree of philosophy in chemistry at the University of Cambridge starting this fall.

At Cambridge, she will work in Professor Sir Shankar Balasubramanian’s laboratories, based in the university’s Department of Chemistry and in the Cancer Research UK Cambridge Institute. “Creating more widely effective cancer immunotherapy is the big problem that I want to solve,” Cabana said. Cabana is excited to build upon her skills in researching the epigenetic processes that contribute to cancer.

In 2017, Cabana was awarded a Barry M. Goldwater Scholarship, which supports students interested in pursuing research careers in the fields of science, engineering and math.

Following her master’s program, Cabana plans to pursue a Ph.D. in chemical or molecular biology and aspires to lead a research group in cancer pharmacology and teach at the university level. 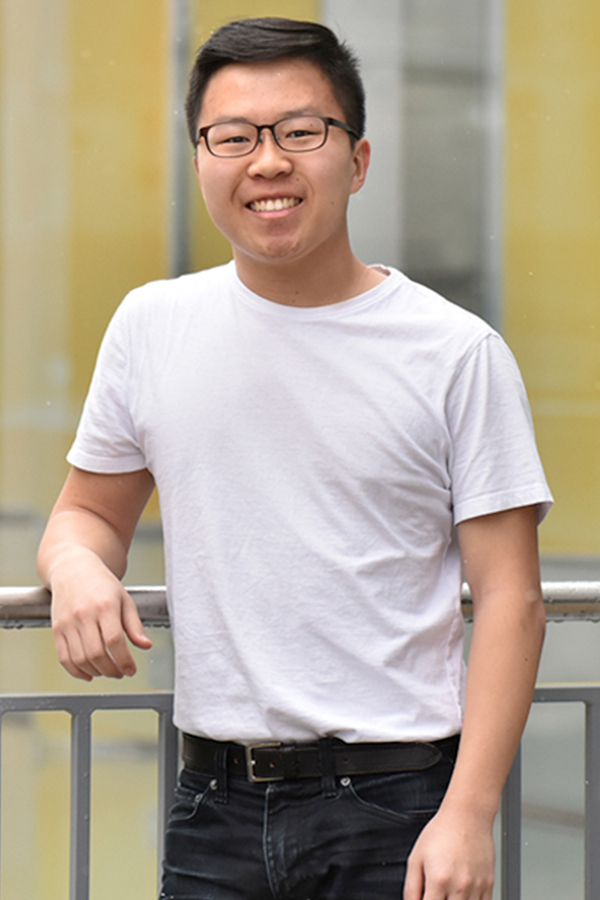 Last summer, Kwon was part of the NSF’s Research Experience for Undergraduates program. He examined a mathematical paper that showed the existence of minimal additive complements in special cases and developed a conjecture that provides insight into what distinguishes complementable sets and sets that are not complementable. If justified, his conjecture could explain all observed phenomena in this area of study.

Mentoring students is another passion of Kwon’s. As a first-year student, he co-founded the Carnegie Mellon University Informatics and Mathematics Competition for high school students. This year, 400 high schoolers came to campus to compete.

“[Former participants] have told me ‘your competition made CMU really stand out to me and it’s why I’m here now,’” Kwon said. “And I think that’s really incredible to be able to have that kind of impact.”

Physics undergraduate student Ian Harris will conduct research in Switzerland this summer though a ThinkSwiss Scholarship.

The Carnegie Mellon team placed 6th in the 2017 Putnam Competition, with 55 students ranking among the top 500.