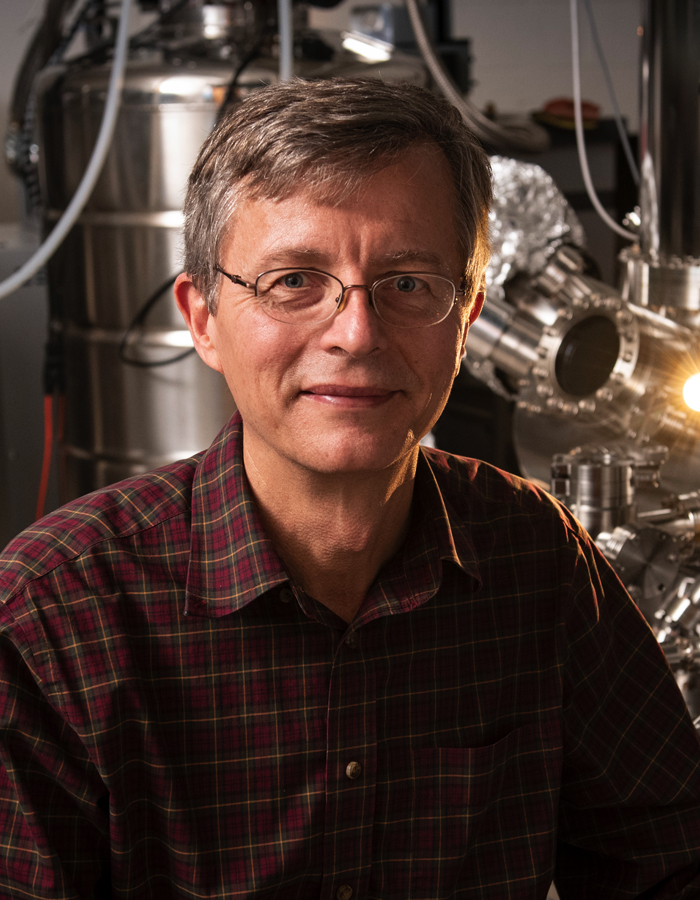 Physics Professor Randall Feenstra was awarded the 2019 Davisson-Germer Prize in Atomic or Surface Physics from the American Physical Society. The award recognizes Feenstra’s distinguished career in surface science, particularly his “pioneering developments of the techniques and concepts of spectroscopic scanning tunneling microscopy.”

The first scanning tunneling microscope (STM) was invented in 1981 at IBM Zürich. As a young researcher in IBM’s Yorktown Heights labs, Feenstra traveled to the Zürich lab to study STM. After returning to the United States, he reconstructed a STM, making his lab one of only a few in the country to have the technology.

Over the years, Feenstra and his colleagues continued to develop STM, with a particular emphasis on refining the specifications for the microscope and improving the computational tools that would convert STM data into images. He developed new STM systems that were used to study semiconductor surfaces in an ultra-high vacuum. With his postdoc Joseph Stroscio, he created new techniques that allowed them to make novel observations about specific materials, including gallium arsenide, a semiconductor used in integrated circuits, light emitting diodes (LEDs) and solar cells.

Feenstra joined the faculty of the Department of Physics in 1995. With Electrical and Computer Engineering Professor David Greve, Feenstra developed a molecular beam epitaxy system to grow gallium nitride films, which are essential components of blue LEDs and microwave transistors. The system included a STM, which they used to image the surface atomic arrangement and thereby understand and optimize the growth procedures.

Feenstra’s current research focuses on the development of two-dimensional (2D) materials. In this research, he uses low-temperature STM to study the materials’ heterostructures and determine their unique electronic properties. 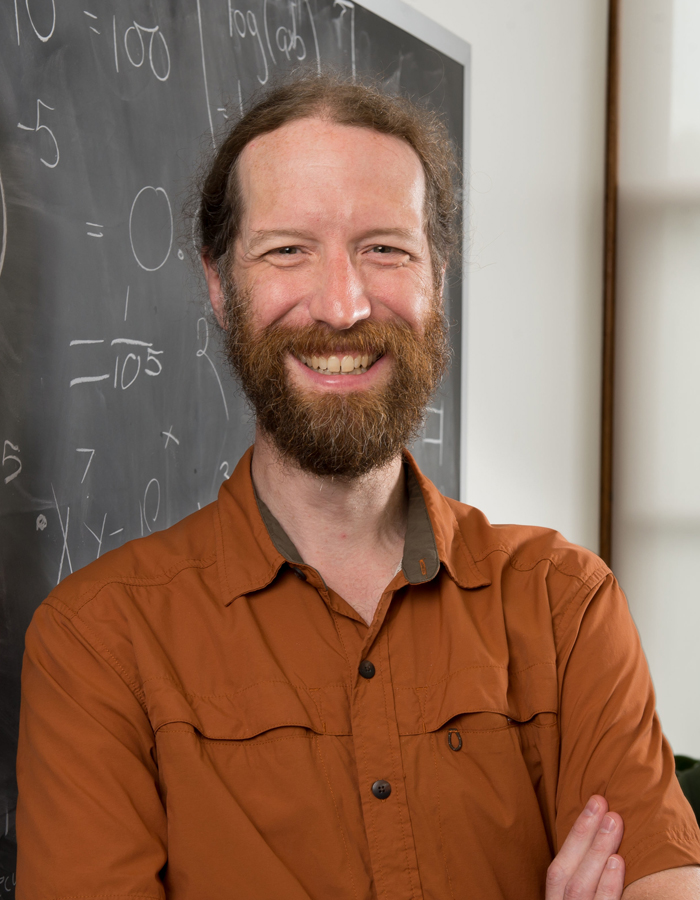 Neil Donahue, the Lord Professor of Chemistry, has been elevated to the rank of University Professor, the highest distinction a faculty member can achieve at Carnegie Mellon Donahue is a renowned atmospheric chemist who conducts research on the behavior of organic compounds in the Earth’s atmosphere and how compounds emitted from natural sources and human activity evolve and interact with other particles as they travel through our atmosphere. Most recently, his research has focused on the origin and transformations of very small organic particles, which play a critical role in climate change and human health.

“University Professors are distinguished by international recognition and for their contributions to education, artistic creativity and/or research,” said Provost Jim Garrett. “Each University Professor exemplifies a high level of professional achievement and an exceptional commitment to academic excellence at our university.”

In addition to being a member of the chemistry faculty, Donahue is also a professor in the departments of Chemical Engineering and Engineering and Public Policy and serves as the director of Carnegie Mellon’s Steinbrenner Institute for Environmental Education and Research, which promotes collaboration between the university’s environmental research centers. He is a member of the Center for Atmospheric Particle Studies, of which he was the founding director.

“This is a huge honor and I am truly delighted. It represents recognition by my peers at CMU, who I hold in the highest regard, and it also is an individual honor that more accurately applies to our Center for Atmospheric Particle Studies, which is made up of the most incredible group of colleagues — students and faculty — I could ever wish for.” — Neil Donahue 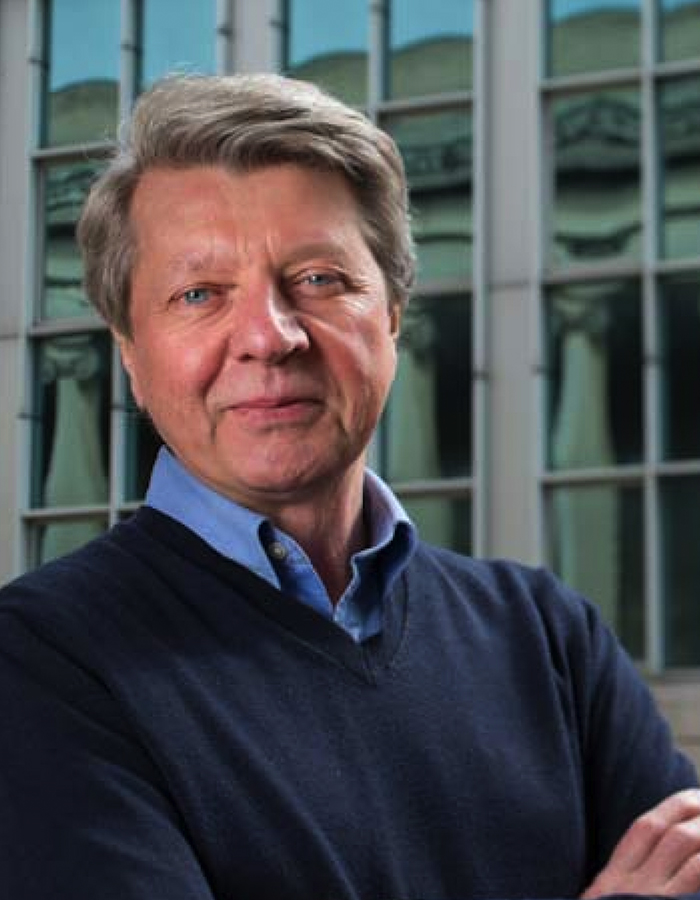 Elected to the National Academy of Sciences

Krzysztof Matyjaszewski, the J.C. Warner University Professor of Natural Sciences in the Department of Chemistry, has been elected to the National Academy of Sciences (NAS). NAS membership recognizes distinguished and continuing achievements in original research and is one of the highest honors a scientist can receive.

Matyjaszewski is world renowned for his discovery of atom transfer radical polymerization (ATRP), one of the most effective and widely used methods of controlled radical polymerization. ATRP has allowed for the creation of a wide range of materials with highly specific, tailored functionalities, including “smart” materials.

Since discovering ATRP in 1995, Matyjaszewski has worked to improve the process by making it more efficient and environmentally friendly and extend its reach to a wide range of fields, including engineering, medicine and materials science. He has also hosted annual consortiums at Carnegie Mellon’s Pittsburgh campus where he teaches ATRP concepts and techniques to academic and industry researchers. As a result, Matyjaszewski’s work has been licensed to companies worldwide, and he has been cited in the scientific literature more than 100,000 times, making him one of the most cited chemists in the world.

Matyjaszewski is also one of the leading educators in the field of polymer chemistry, having mentored more than 200 undergraduate, graduate and postdoctoral fellows since joining the Department of Chemistry faculty in 1985.

Dean Rebecca W. Doerge was chosen as chair-elect of the Statistics Section of the American Association for the Advancement of Science.

Chemistry’s Neil Donahue, Rongchao Jin and Krzysztof Matyjaszewski and Physics’ Di Xiao were listed among the most highly cited researchers in their fields by Clarivate Analytics.

Mathematical Sciences’ Po-Shen Loh was selected as a member of the World Economic Forum’s Young Scientist Community class of 2018.

Physics’ Di Xiao was awarded a fellowship from the Simons Foundation. 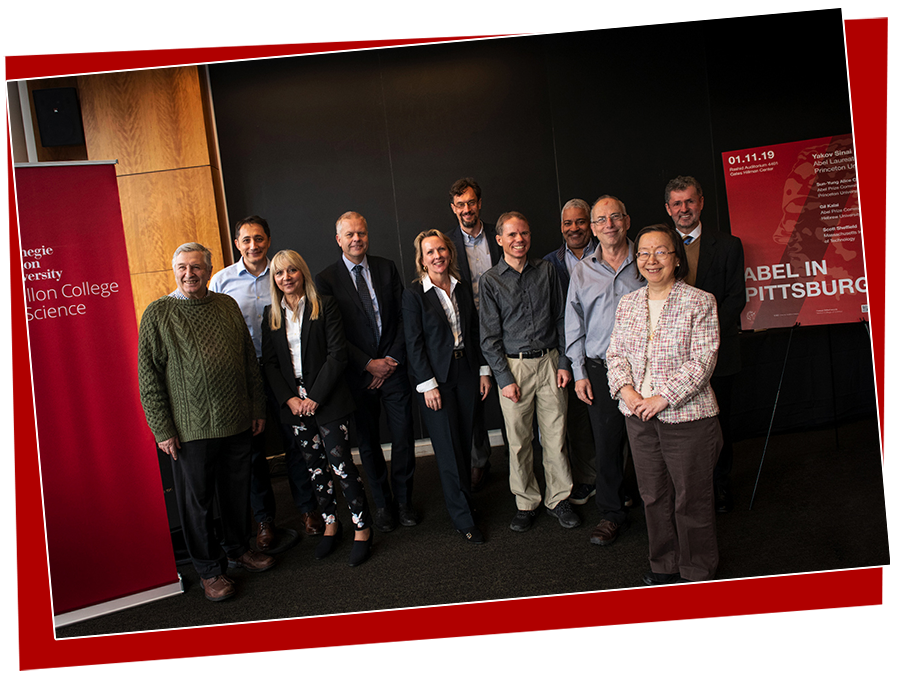 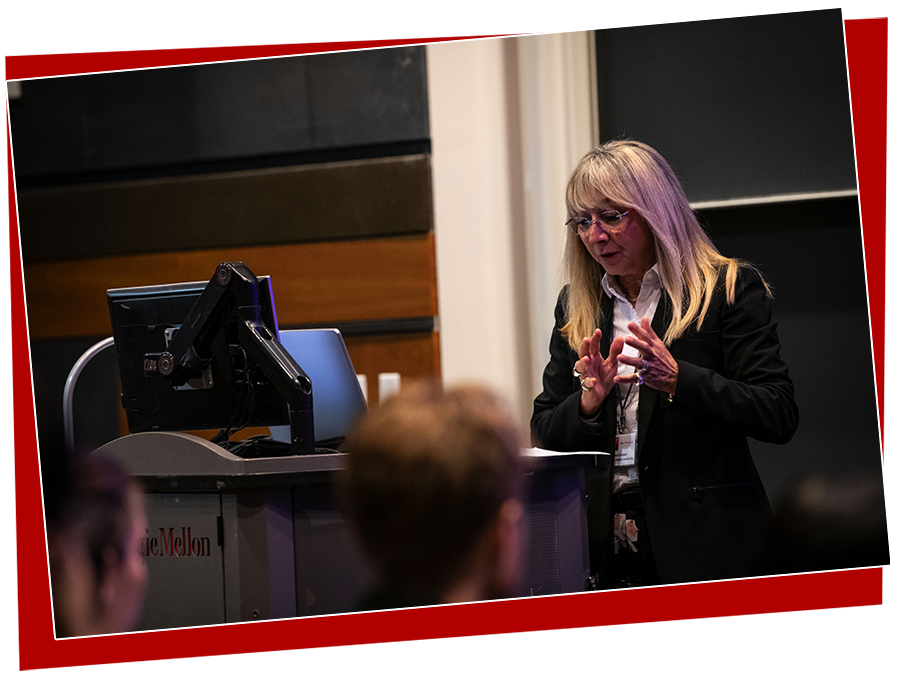 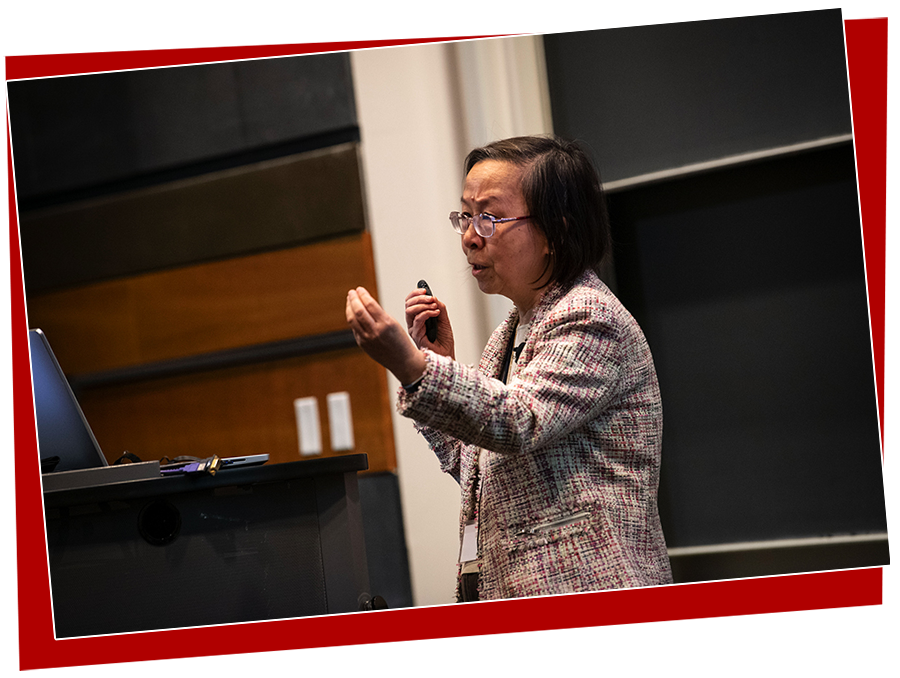 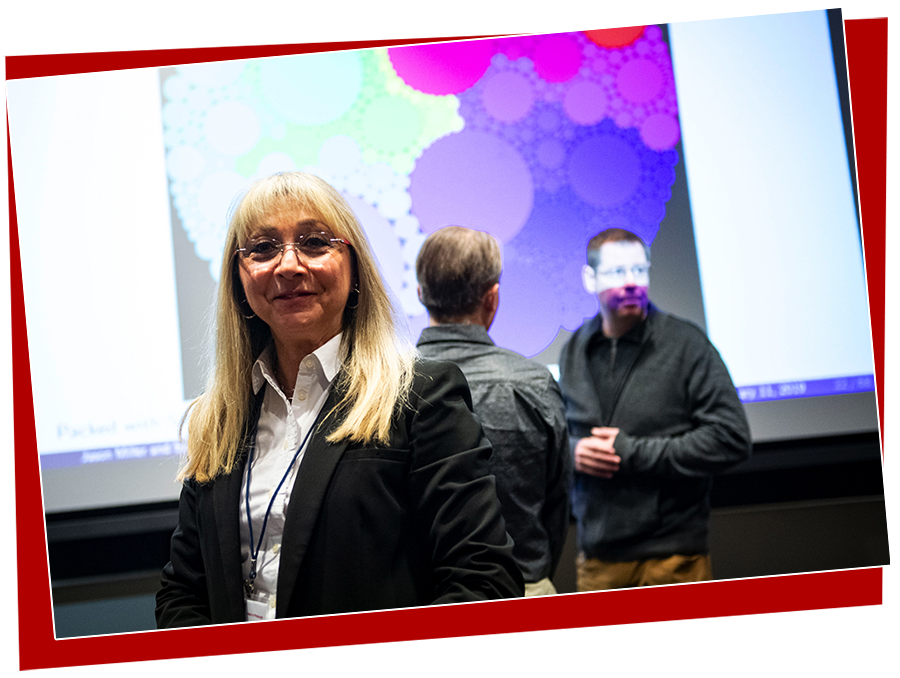 Some of the world’s preeminent mathematicians traveled to Carnegie Mellon in January to speak to faculty, staff, students and members of the community about their work as part of Abel in Pittsburgh, a daylong conference celebrating math and the Abel Prize.

The Abel Prize, awarded by the Norwegian Academy of Science and Letters for a researcher’s contributions to mathematics over the course of a career, is considered to be the most important prize in the field for lifetime achievement.

Following the meeting, the Abel Committee met to select Karen Keskulla Uhlenbeck of the University of Texas at Austin as the 2019 Abel Prize recipient.