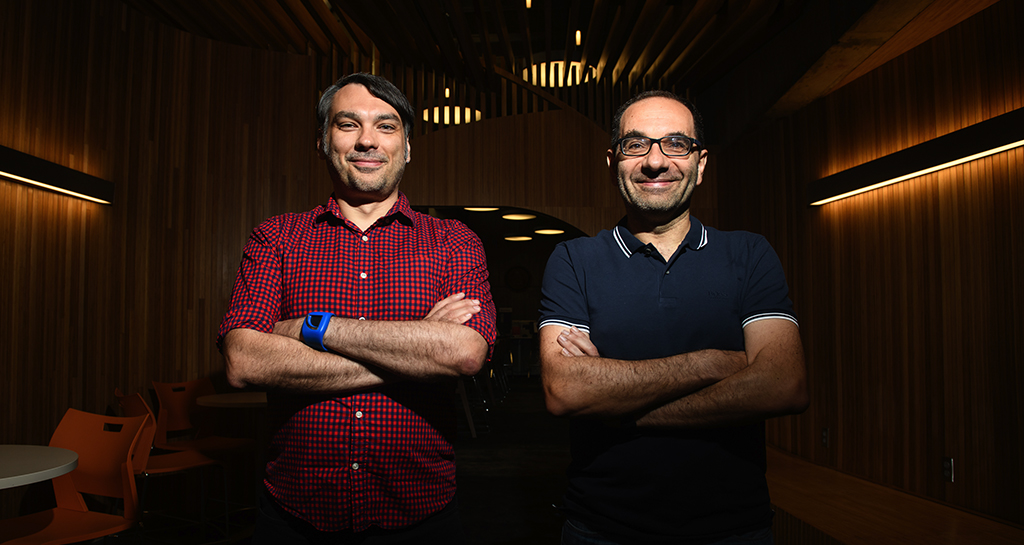 Assistant Professor of Mathematical Sciences Ian Tice received the 2019 Julius Ashkin Teaching Award for his devotion and effectiveness in teaching.

Since joining the faculty in 2012, Tice has revamped the undergraduate computational and applied mathematics concentration, revised courses in the math honors program, developed four new courses and restructured the department’s Mathematical Modeling and graduate Partial Differential Equations courses. He also is known for creating thousands of pages of original notes for all of his classes.

Additionally, Tice strongly supports undergraduate math research. He organizes and supervises the department’s poster competition at Carnegie Mellon’s annual undergraduate research symposium, Meeting of the Minds, and in 2017, he received a NSF CAREER grant to fund students’ research with him.

Mathematical Sciences Professor Giovanni Leoni has been honored with the 2019 Richard Moore Award for his substantial and sustained contributions to the educational mission of MCS.

One of Leoni’s greatest impacts has been the creation of the Undergraduate Curriculum Committee in the Department of Mathematical Sciences. Since its inception, Leoni has served as chair of the committee with the goal of providing excellent mathematical education to all Carnegie Mellon students, regardless of major or college.