Throughout her undergraduate career, Li conducted interdisciplinary research on cosmology and artificial intelligence with Professor of Physics Rachel Mandelbaum. She presented her research at numerous local and national conferences, where she not only demonstrated the strength of her work but inspired other undergraduate women to pursue their interests in these areas.

As president of the CMU Women in Science (WiS) organization, Li oversaw weekly meetings, hosted woman-identifying faculty and staff in science to talk about their successes and struggles and initiated a number of networking events. She also created an Underrepresented Figures in Science Talk Series, which WiS continued hosting remotely during the COVID-19 pandemic.

“I feel incredibly honored to receive the scholarship. It encourages me to continue my effort in empowering others, especially women in STEM, to pursue their passion,” said Li.

This fall, Li began her Ph.D. in physics at the University of Washington. “I hope to eventually become a professor because I want to help push the boundaries of science and mentor future generations.” 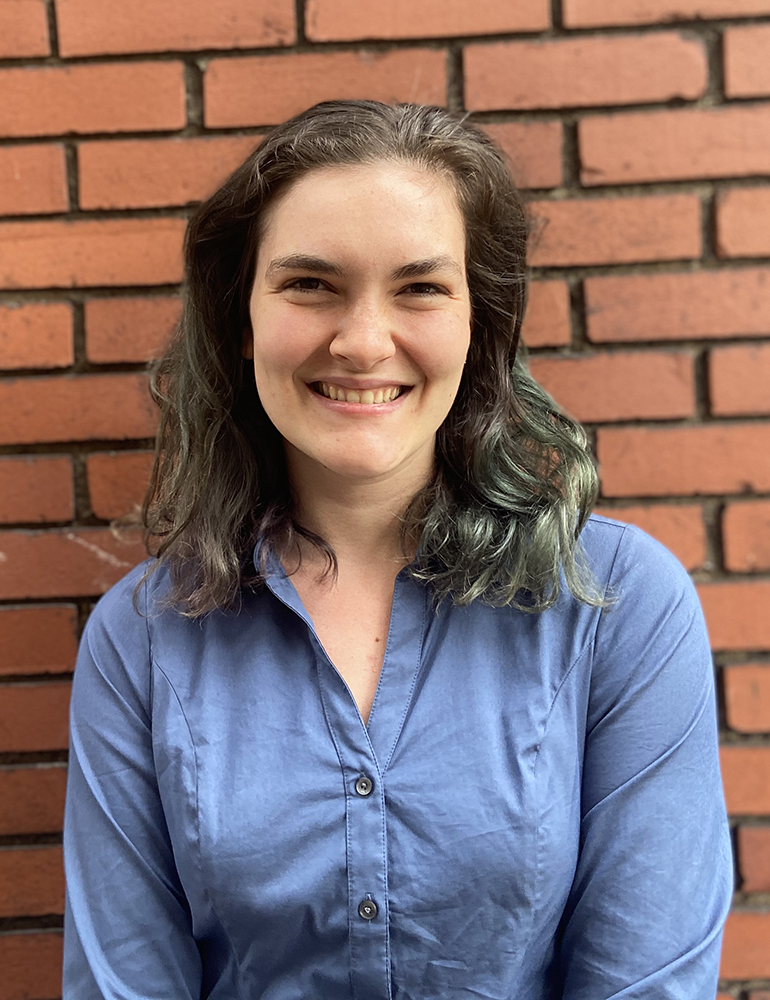 Alexis Hoane received the 2020 Judith A. Resnik Award. Named after the Challenger astronaut and Carnegie Mellon alumna, the award recognizes an exceptional woman graduating with an undergraduate technical course of study who will be pursuing graduate or professional training in a technical field.

Hoane conducted research in the lab of Terry Collins, the Teresa Heinz Professor of Green Chemistry, that focused on reducing micropollutants in water supplies.

She also followed entrepreneurial pursuits as part of the Aquaponics Project, a group of students from CMU and the University of Pittsburgh who worked to refine a sustainable system that can grow fish and plants in one device. Hoane developed the anaerobic digester, which allows the system to convert waste to fertilizer for the plants and generates methane so the device can power itself. The project won $35,000 from Ford in a national competition and continues to make sustainable food and agriculture systems more accessible as the nonprofit Ecotone Renewables.

Hoane graduated with her bachelor’s and master’s in chemistry. She will pursue a Ph.D. in chemistry at the University of Illinois and plans to study next-generation batteries that are more efficient and made from less hazardous and more earth abundant materials. 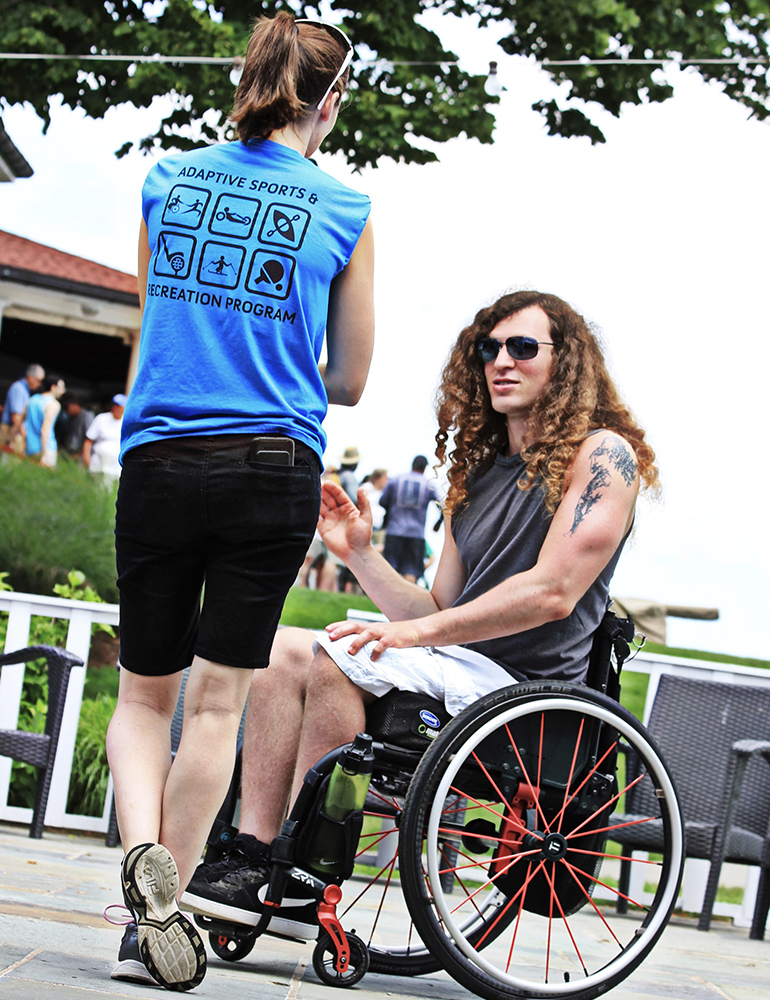 Workman continually inspired his classmates with his intellect, scholarly achievement, engagement and character, all qualities that the $5,000 prize seeks to recognize.

As a sophomore, Workman was paralyzed from the chest down in a skiing accident. After only one semester of recovery, Workman returned to CMU. He continued to challenge himself not only academically by continuing his studies but also physically by returning to the slopes as an adaptive skier.

“Instead of shying away from skiing because of what happened … his persistence and determination pushed him to learn to ski again but using a monoski to adapt to his situation,” said fellow mechanical engineering and physics major Melissa Bryan.

For his capstone project, Workman’s team created an automatic sparring device to help athletes train without needing a human sparring partner. The project won the “Most Innovative” design award at the mechanical engineering design expo.

His teammate Adriana Goodman wrote, “(Eli’s) solutions to design problems were elegant while being simple and practical. He was … a mediator when the team had disagreements. I learned a lot about being a good teammate through his example.”

Workman graduated in December 2019 and is now an advanced trans and drive units project engineer at General Motors. 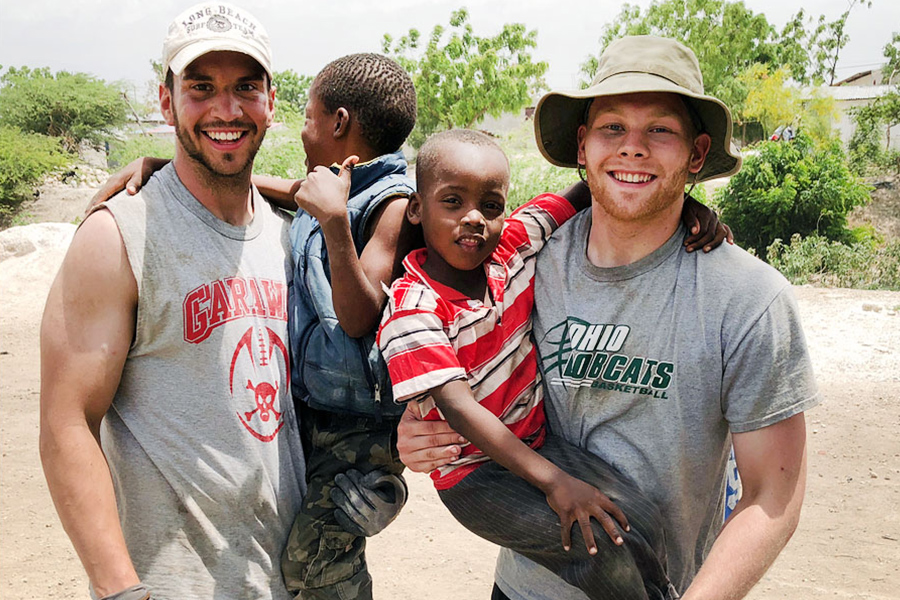 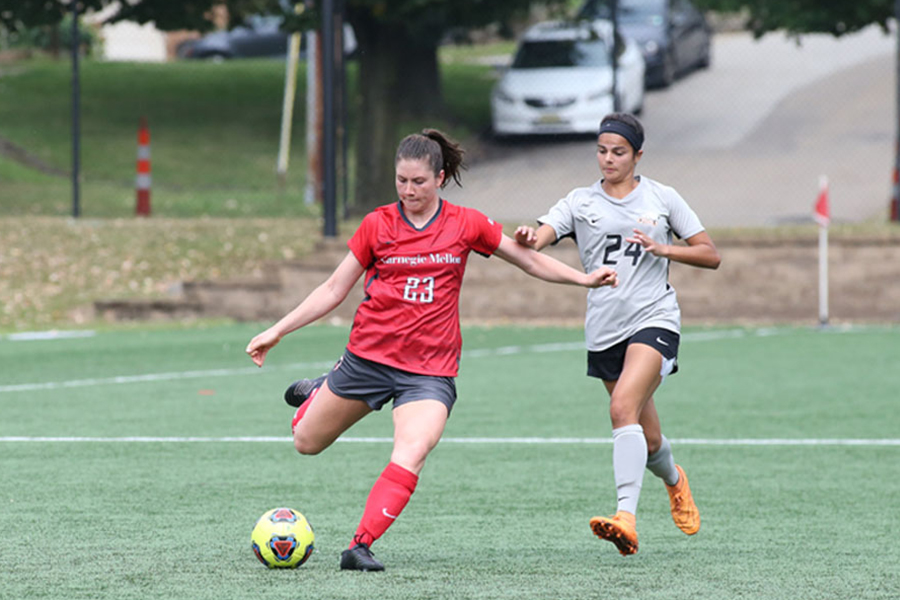 Slide 1: Dallas Foster organized and led a mission trip to Haiti to help a local family build a new house. Slide 2: Camille Williams, a three-year captain of the women’s soccer team, mentored student athletes as a Plaidvocate representative.
Watch the online presentation of the 2020 Gilman Award.

The Core was first implemented in 2015 as an innovative approach to science education that fosters student growth in four dimensions — scholar, professional, citizen and person.

At Carnegie Mellon, Foster was a standout citizen, role model and mentor.

He participated in CMU’s meal packaging program for the international hunger relief organization Rise Against Hunger, and he served as president of the Tartan Athletic Fellowship.

His desire to help others also extended beyond international borders. In the summer of 2018, Foster organized and led a mission trip to Haiti to help a local family build a new house.

In his computational finance studies, Foster was a dedicated scholar and professional. As a teaching assistant for Introduction to Mathematical Finance, Foster’s advisors Jason Howell and Bill Hrusa note that he went above and beyond in this role.

“He is doing much more than helping students solve homework problems and prepare for tests; he is helping them prepare for possible careers in the finance industry and to achieve their life goals,” they wrote.

After graduating, he joined Chicago-based proprietary trading firm Transmarket Group as a quantitative trader, a position he was offered after an internship with them the previous summer.

Upon arriving at Carnegie Mellon, Williams knew that she wanted to have a career in the chemical industry and propelled herself towards that goal through professional opportunities.

Last summer she worked in the Molecular Innovation Hub at Eli Lilly & Company. The director of her group, Matt Schiffler, remarked, “When she arrived at Lilly, she very quickly demonstrated a level of drive and self-motivation that is rare for any age.”

Impressed by her performance, Eli Lilly offered Williams a full-time position in their two-year rotational program, working on drug development and discovery of small and large molecules.

Outside of academics, Williams was an active leader on campus. She served as captain of the women’s soccer team for three years and mentored student athletes as a Plaidvocate representative.

Williams also developed herself as an engaged citizen of the world during her semester abroad in Nice, France.

“(Studying abroad) gave me the opportunity to fully immerse myself in a new culture and expand my ability to connect with others who have different backgrounds than my own,” Williams said. 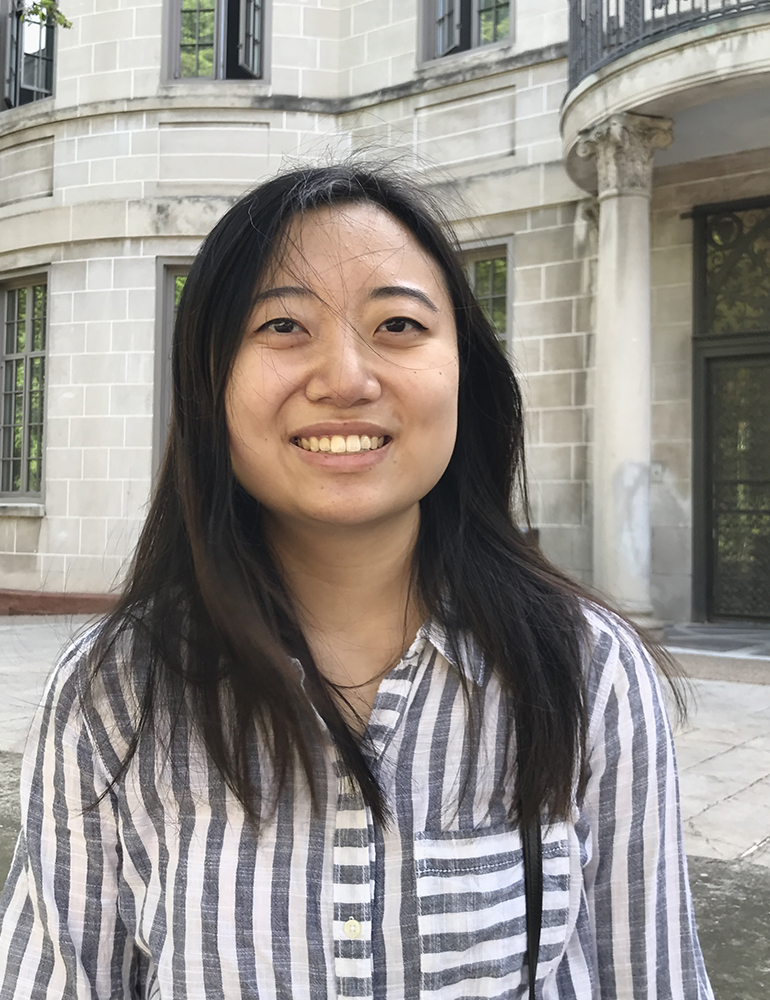 Yoon won second place in the poetry category in Carnegie Mellon’s Martin Luther King Jr. Day Writing Awards and was invited to speak on NPR’s The Confluence in the episode “How Writing Breaks Barriers in the Name of MLK.”

As a sophomore, Yoon interned with UPMC Children’s Hospital’s Program for the Study of Neurodevelopment in Rare Disorders (NDRD) and led a research project assessing the long-term outcomes of using stem cell transplantation to treat late-infantile Krabbe disease, a rare and fatal neurodegenerative disorder in children. She presented her findings as platform and poster presentations at the WORLD Symposium, Krabbe Translational Research Network and the American College of Medical Genetics conferences.

One of her passion projects was co-founding Here for You, a student organization to educate students about mental health and wellness and encourage peer support.

She mentored elementary school girls in underserved communities as part of CMU’s chapter of Strong Women, Strong Girls. And as a volunteer at UPMC Children’s Hospital, Yoon interacted with long-term pediatric patients to help reduce the negative impacts of being in isolation.

Yoon plans to apply for medical school while continuing her research at the NDRD.