Deliveries to your door 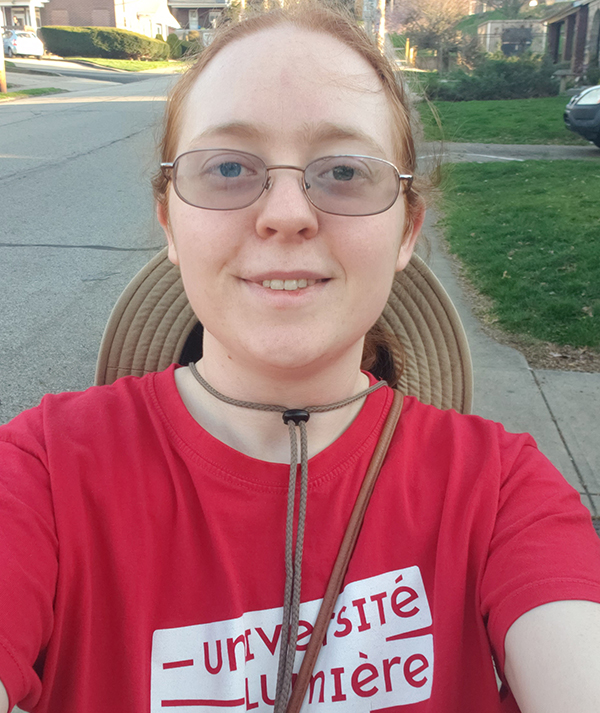 In the early months of the coronavirus pandemic, physics Ph.D. candidate Alison LaDuke set up a grocery shopping service to help others stay home.

She was inspired by the many ways people have stepped up to help in a time of crisis.

She was looking for a way to help.

In talking to graduate students in her cohort over Zoom, she realized that many people in Pittsburgh, especially students, rely on buses for transportation to and from grocery stores, something that some students might no longer feel comfortable doing, noted LaDuke. And as social distancing guidelines and Pennsylvania Gov. Tom Wolf’s order kept people staying home, demand for grocery shopping and delivery services exploded. Grocery services such as Instacart and grocery stores’ in-house services struggled to keep up with the demand, causing many to wait up to a week or more to schedule grocery deliveries or venture to the store themselves.

“Helping others helps me feel a little less lost.”

“This is when I realized what I could do to help people stay home,” said LaDuke.

Previously, LaDuke worked as a full-service shopper for Instacart. She sent a flyer to the Department of Physics offering to shop and deliver groceries for anyone who needed it for no fee.

“All I ask is that you use this service as an opportunity to improve your social distancing efforts and protect others,” she wrote in the flyer.

In a time of uncertainty, it’s important to look for the positive, to look for ways to help ourselves and others. And LaDuke wanted to do her part to pay it forward.

“Helping others helps me feel a little less lost,” she said. “It’s easy to feel disconnected from our community right now, but there are numerous ways to support our community.”

Another main goal was to help as many people as possible stay home to help flatten the curve.

“Many essential workers, including those working at grocery stores, and especially health care workers, are putting their lives on the line every day to help. I’m not able to do that, but I can do my part to make their jobs safer,” said LaDuke. 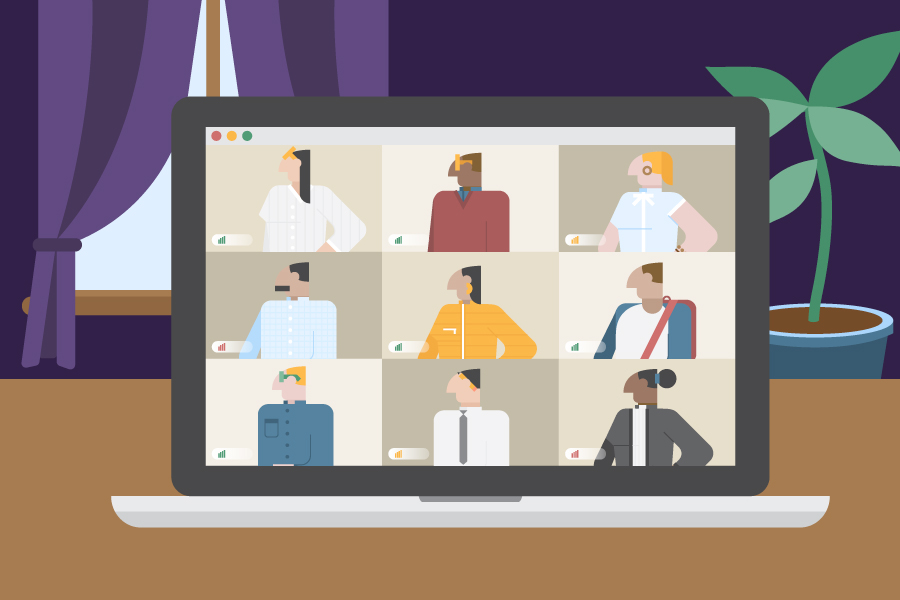 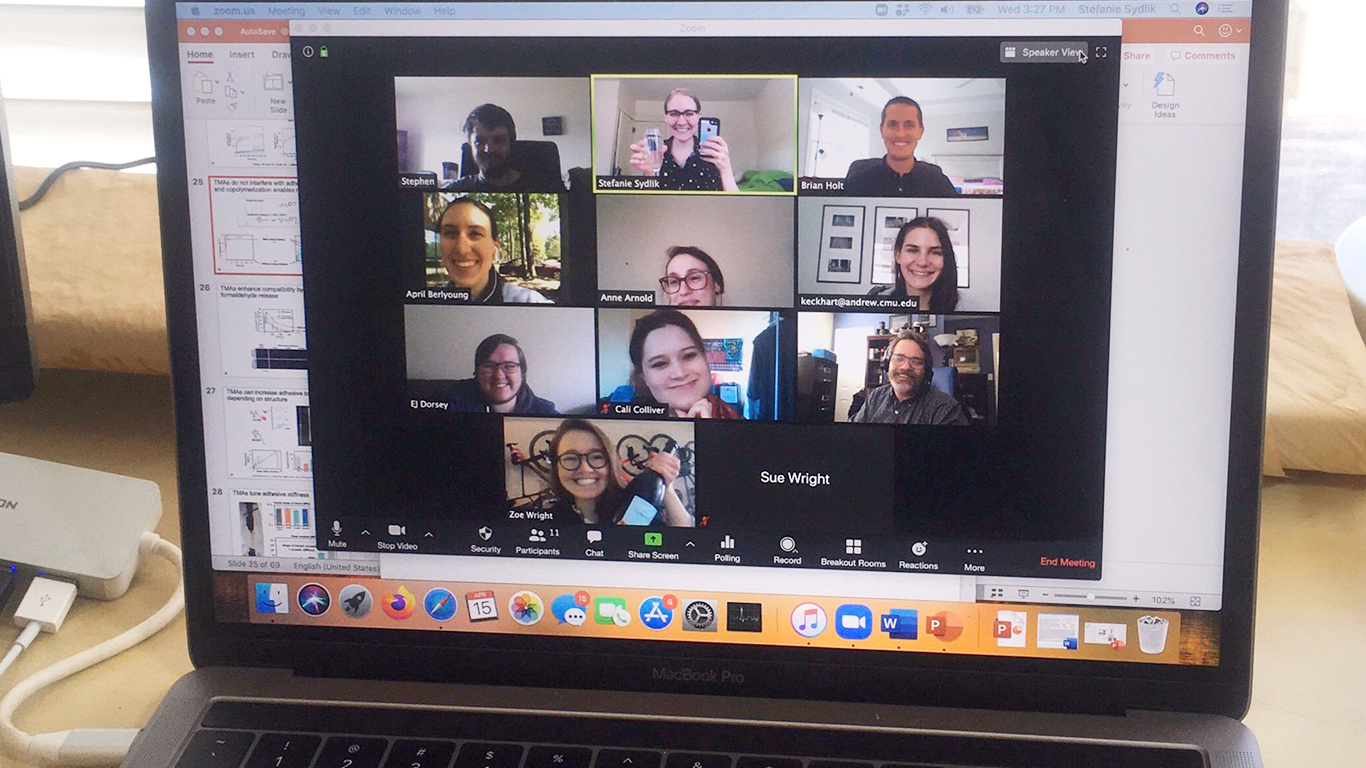 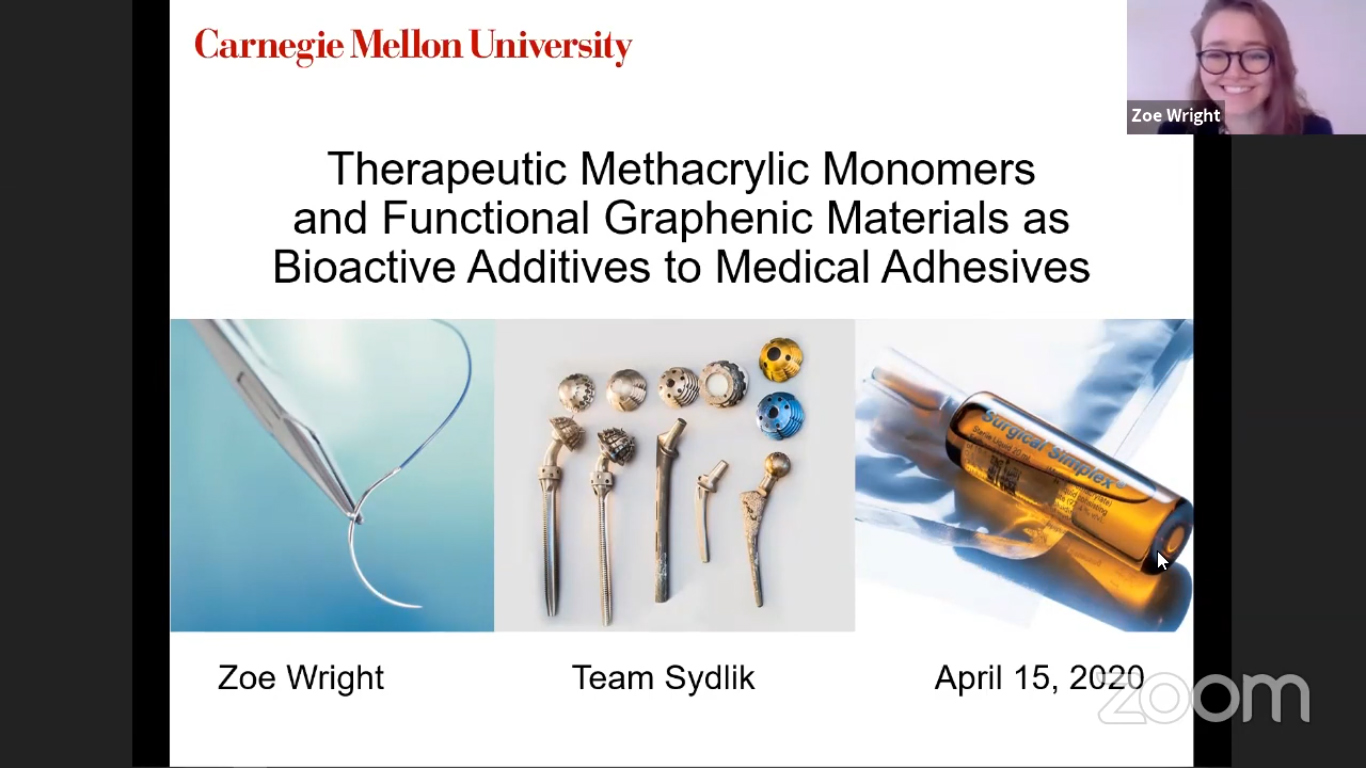 A screenshot of Zoe Wright’s thesis defense presentation over Zoom.

As Surya Aggarwal sat in a Zoom breakout room while his committee decided his fate, he thought about what a surreal experience it was to defend his thesis virtually.

“This is one of those milestone events that you think about a lot — how is the defense going to go and what are you going to be able to do?” said the biological sciences graduate student. And a videoconference defense is not exactly a scenario that comes to mind.

In early March, Carnegie Mellon moved to remote instruction and closed all but essential campus operations due to the coronavirus pandemic. As classes, meetings and office hours moved to Zoom, so did graduate student thesis defenses. Despite the unusual circumstances, several MCS Ph.D. candidates ran with this new normal to make their defense experiences memorable.

Aggarwal widely advertised his defense to academic communities as well as his collaborators, family and friends. Roughly 90 people tuned in from time zones far and wide, including Australia, Korea, Portugal, the United Kingdom and India.

“It was great that a lot of people were able to attend, especially my family because they wouldn’t have been able to otherwise,” said Aggarwal. “And it gave an opportunity for a lot of my collaborators to attend and ask me questions about my work.”

Mathematical Sciences Ph.D. candidate Antoine Remond-Tiedrez agreed that it was a silver lining to be able to invite friends and colleagues who would not have been able to attend physically. His family called in from Luxembourg and France and friends and colleagues joined from all over, including Prague, London, Ontario and stateside from Texas and Philadelphia.

Chemistry graduate student Zoe Wright took the unique approach of livestreaming her defense. She was inspired by the thread #COVID19ThesisDefense on Twitter, where graduate students created a platform to share their defenses with the broader public.

“Sharing by Zoom and live stream definitely helped stave off the loneliness of defending my thesis from a corner in my bedroom, and turned a weird situation into one that I’ll actually remember fondly,” said Wright.

But Aggarwal, Remond-Tiedrez and Wright also agree that there were challenges to presenting their many years of work this way.

Figuring out how to defend remotely added an additional level of stress. “There was a steep learning curve,” Wright said. In addition to finishing her thesis and defense presentation, she had to figure out how to make a lot of different pieces of technology work together — setting zoom privacy controls, livestreaming from YouTube and linking Zoom and YouTube — while hoping the technology would not fail her during the presentation.

On the day of, everything went smoothly and Wright felt calm and comfortable. And it helped that her “committee felt a little less intimidating as small rectangles on the screen,” she joked.

Remond-Tiedrez felt that he lacked robust models for how to present his research over video. As part of his defense, he incorporated a practical demonstration of a spinning top to illustrate the mathematical concepts that come into play when dealing with microscopic structures in fluids.

“Thankfully, it went smoothly, but it certainly required more planning than if this had been an in-person presentation,” he noted.

For Aggarwal, he yearned to connect with the audience in ways that just aren’t possible through a screen. It’s hard to get real time feedback of how the audience is following the presentation because you can’t see many of their faces or interactively engage with your presentation, he said.

“And the organic nature of questions that get asked in the middle gets lost because everyone is trying to be structured,” he added.

In the end, the newly-named doctorates are happy with the way they navigated their defenses.

Aggarwal appreciated being able to maintain a sense of normalcy: “Being able to hold this defense even though the world seems to be at pause was great.”

Like Aggarwal and Remond-Tiedrez, Wright was happy to be able to share her defense with her family, friends and others who would not have been able to travel to see her defense in person.

“It’s really special that anyone who has an open thesis defense could share it with loved ones who can’t travel, or that the public can see cutting-edge science happening in real time through a platform like Twitter.”