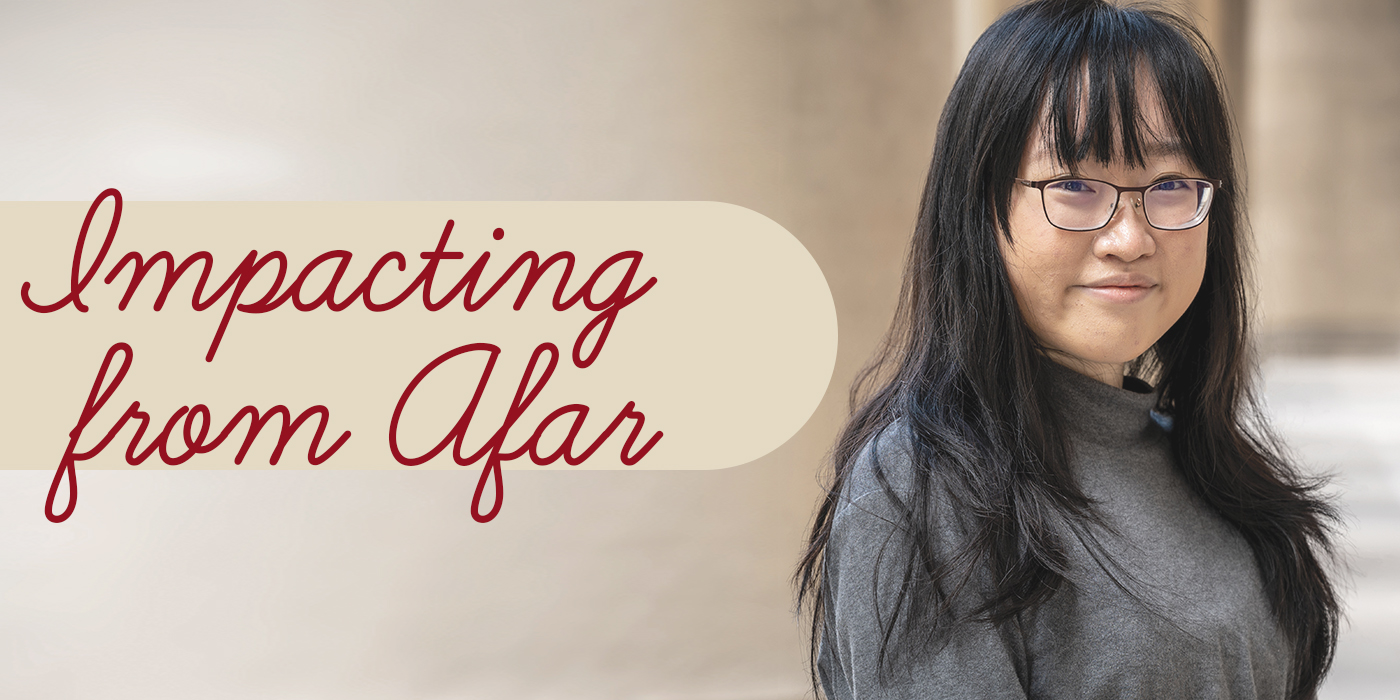 Last March Katherine Kim and her fellow Carnegie Mellon University Global Medical Brigades (GMB) chapter members were packing their bags, set to head out the next day on their annual spring break service trip to organize a medical clinic in a Central American community. At 10 p.m. they received an expected but disappointing phone call from the head GMB organization that all service trips were canceled due to the worsening COVID-19 pandemic.

Disheartened but not dismayed, Kim, the chapter’s vice president at the time, and the presidents reached out to their GMB program associate to ask about potentially having an online experience. Unfortunately, at that time, the organization was unequipped to provide an alternative. But as many things in our lives transitioned to remote and virtual experiences, that soon changed.

By the end of summer 2020, Kim says their GMB program associate reached back out to ask if they’d want to plan a “telebrigade” for the following spring.

Excited to be able to work with the communities again, Kim, now co-president of CMU’s chapter, was reminded of why she began working with the organization in the first place.

The biological sciences major had her heart set on joining CMU’s chapter of GMB before even setting foot on campus. A passionate advocate for volunteer work and community service, she admired the organization’s holistic mission. GMB is just one service arm that falls under its international parent nonprofit organization Global Brigades. Global Brigades aims to work closely with local communities in three main areas: health care, water and sanitation infrastructure, and economic development.

“The overarching goal of Global Brigades is to create self-sustainable communities, so that eventually our programs are able to leave that community and they’ll be able to sustain on their own,” explained Kim.

The last leg focuses on building up the local economies through Business, Global Legal Empowerment and Global Education brigades. The brigades continue to work in tandem with communities over the course of a few years.

Kim was further drawn to GMB because of the program’s focus on coordinating with local community members to steer the service trips.

She admits that talking with clinic patients and local community members was the part she missed most during the telebrigade. On past trips to Nicaragua and Panama, Kim recounts playing and eating meals with and getting to know members of the community, both young and old, outside of the clinic.

However, despite the distance from the communities they were serving, the telebrigade offered the students many firsts that were both exciting and eye-opening.

“Even though we couldn’t go in person to run the clinics, we were able to support the communities indirectly and that was invaluable to us and them.”

One of the biggest changes was the location of their clinic. This year, the group served both a rural and urban community in Honduras, a country that they previously couldn’t visit due to the country’s civil unrest and travel restrictions imposed by the United States.

“We were able to help Global Brigades determine the community that we wanted to work with. This was our first time working with an urban community, which was really exciting because we could base our clinic on need rather than on location,” noted Kim.

Starting in the fall semester, the group pushed full steam ahead to learn about Honduran cultural norms and history, brush up on their Spanish language skills and understand the country’s medical system and challenges. They also spent several months raising funds for the clinic. Through donations from the Carnegie Mellon community, they were able to purchase digital stethoscopes and heart rate monitors that helped them record vitals and perform triage — such as recording patients’ height, weight, family and allergy history — from afar, which helped free up physicians and nurses to perform more direct medical assessments.

The funds also helped them add two new stations to their clinics. In addition to triage, dental, pharmacy and optometry stations, they funded OB-GYN and dermatology stations.

In previous years, the group has worked with the communities they visited to build sanitary stations and bio-digestible stations. While they couldn’t do hands-on work this year, they directed their funding to providing eco stoves, which use reusable volcanic rocks to cook instead of wood.

“The communities we served had a lot of lung issues, and we learned that much of it had to do with breathing in the fumes from cooking on open stoves and fires,” said Kim. “We wanted to help the communities target that aspect of health.”

While Kim was excited about many of these new experiences, she learned that closer access to medical centers doesn’t necessarily guarantee equitable health care.

“Even in the cities, we learned that patients in Honduras need to wait three to six months for an appointment in public hospitals. And that number has only increased during the pandemic.

“That was kind of shocking for us and helped us realize that access to health care is a right and not a privilege,” said Kim. “Even though we couldn’t go in person to run the clinics, we were able to support the communities indirectly and that was invaluable to us and them.”

After graduating this May, Kim said she planned to take a gap year before applying to medical school, where she hopes to continue her service work through organizations such as Doctors Without Borders.

“It’s been really eye opening to talk to community members and see communities in other countries all over the world, and it’s something that I would love to be able to continue to support in the
future,” said Kim. 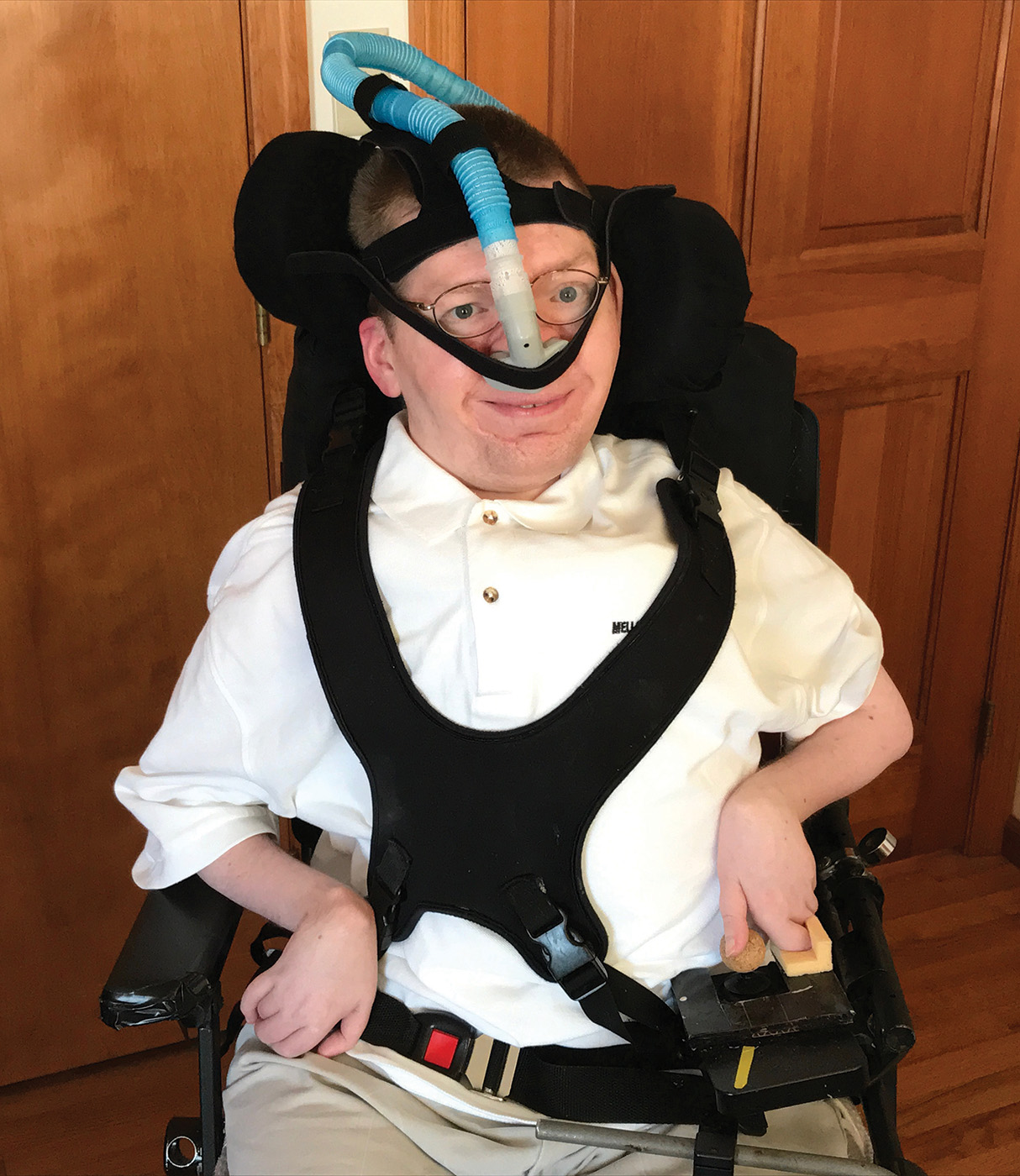 Andrew DeYoung first joined the Department of Chemistry in 2005. Earlier this year he defended his doctoral thesis, marking the culmination of more than 15 years of dedication and hard work.

DeYoung has spinal muscular atrophy, a progressive neuromuscular disease, that restricts the use of his hands and requires him to rely on breathing equipment and a wheelchair.

When DeYoung looked at colleges, he already knew where he wanted to go. While he applied to the University of Pittsburgh and MIT — his father’s alma mater — CMU was always at the top of his list. “I was hoping I would get accepted. I knew I wanted to go here,” DeYoung said. In 2010, he earned his bachelor’s degree in chemistry, graduating with a 4.0. “CMU’s culture of openness is really what made all of this possible.”

Karen Stump, teaching professor and director of undergraduate studies and laboratories in the Department of Chemistry, has advised students for more than 20 years. She said that DeYoung will remain one of the most impactful students she has ever worked with, both personally and professionally.

As an undergraduate, he collaborated with Stump to find a way to participate in lab courses.

“The graduate student became his hands,” Stump said. “All three of us were very clear it was going to be Andrew directing. So Andrew would tell her specifically what to do, and she had to hold back if she knew it was wrong in terms of techniques or outcomes of the experiment unless there came a point where safety had to be taken into consideration. And in that way he was able to make mistakes.

“He was such a great partner in that process and very willing to do what he could. He wanted as much of an experience as he could get that mimicked what other chemistry majors got.”

Working with DeYoung influenced Stump and other faculty members to reconsider what it means to be in a lab for a student and how to develop courses.
“When I first met Andrew, I spent a lot of time thinking, ‘How do we make this work?’” Stump said. “For most of us who worked with Andrew, we now go right away to the problem-solving moment. It was such a wonderful experience. Andrew helped us realize that there’s value in education for everybody, and there are creative ways to accomplish your goals while also meeting the needs of the students.”

“Andrew is one of the most brilliant students I have had,” Kim said. “He’s probably the most conscientious worker — he always has followed up on whatever we discussed and things I mentioned in passing. He has been great, and he pays attention to all of the details.”

For his research, DeYoung received the 2021 Bhakta and Sushama Rath graduate award that supports a Ph.D. student whose research is in a STEM field and benefits U.S. industry and/or societal needs.

Building for the Future
All-In Gallery