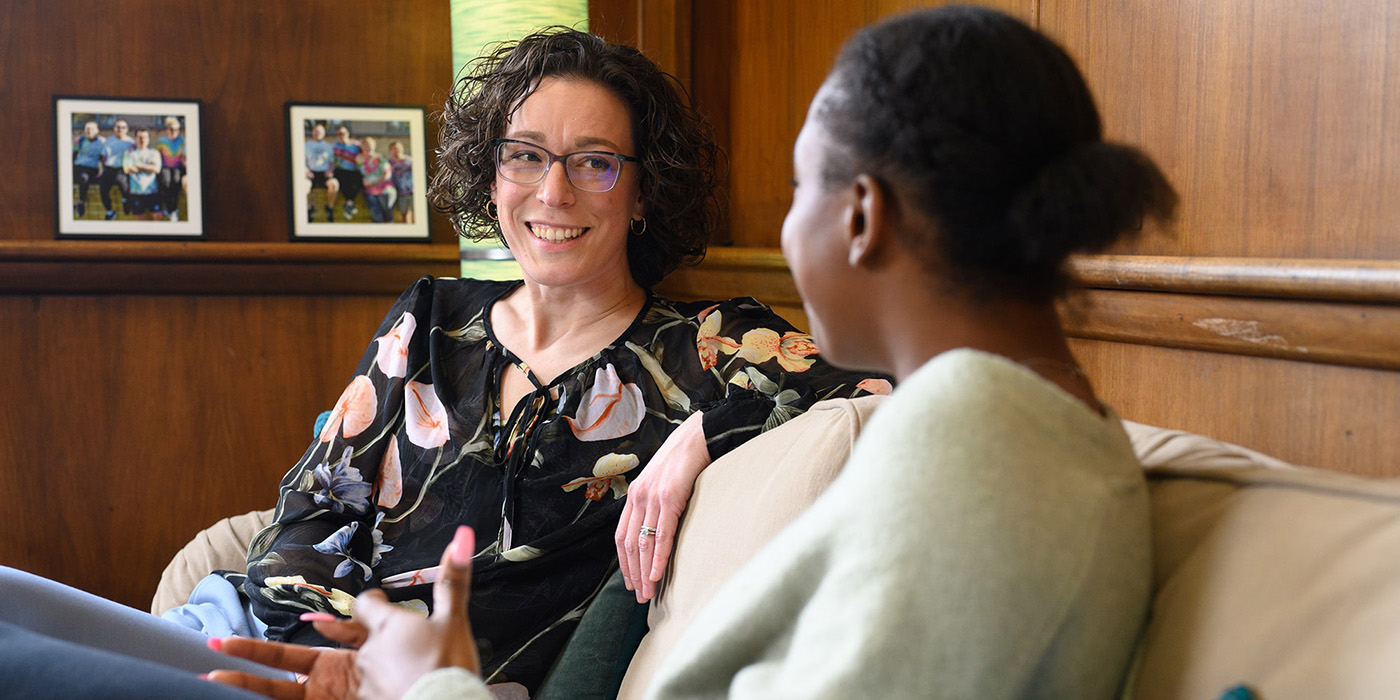 Maggie Braun, the associate dean for Undergraduate Affairs in Mellon College of Science and a teaching professor in the Department of Biological Sciences, received Carnegie Mellon University’s 2022 Award for Outstanding Contributions to Academic Advising and Mentoring.

Braun has had a profound impact on undergraduate education and advising during her 13-year tenure at the Mellon College of Science. Through her work advising first-year students and her significant role in the development and implementation of the MCS Core Curriculum, she has ensured that thousands of MCS students have a fulfilling and rewarding experience during their time at Carnegie Mellon and that they leave prepared for a future as 21st-century scientists.

“Maggie has dedicated herself to creating an environment at Carnegie Mellon that fosters excellence in advising and education. She is a dedicated, collaborative and impactful leader,” said her nominators, Biological Sciences Teaching Professor Carrie Doonan, Biological Sciences Emeritus Professor Eric Grotzinger and the Dr. Frederick A. Schwertz Distinguished Professor in Life Sciences Veronica Hinman.

Braun joined Carnegie Mellon in 2008 as the assistant department head for undergraduate affairs in Biological Sciences. In 2016, she was appointed associate dean for Undergraduate Affairs in MCS, where she advises first-year students, student-defined majors and general studies majors, and coordinates curriculum development at the college level.

“Maggie is an amazing educator,” Grotzinger said. “She brings all her talents to work every day and is able to help students not only meet their educational goals but also their personal challenges.”

Students say that Braun is their biggest advocate, sounding board and cheerleader, guiding them in every situation from selecting their classes during their first year to deciding what to do post-graduation. Students also consider her to be their go-to when they are struggling, due to her ability to support them in any circumstance and connect them with the help they need to become successful.

Braun was an instrumental part of the team that developed MCS’s Core Curriculum, which prepares students as scholars, professionals, people and citizens. She serves as one of the instructors for the MCS first-year seminar “EUREKA! Discovery and its Impact,” for which she won a Team Teaching Innovation Award in 2017.

Braun also supports students outside of the classroom as co-advisor of the MCS Student Advisory Council and as a mentor for Coaching and Mentoring Progress and Success in Science (COMPASS), MCS’s minority mentoring program.