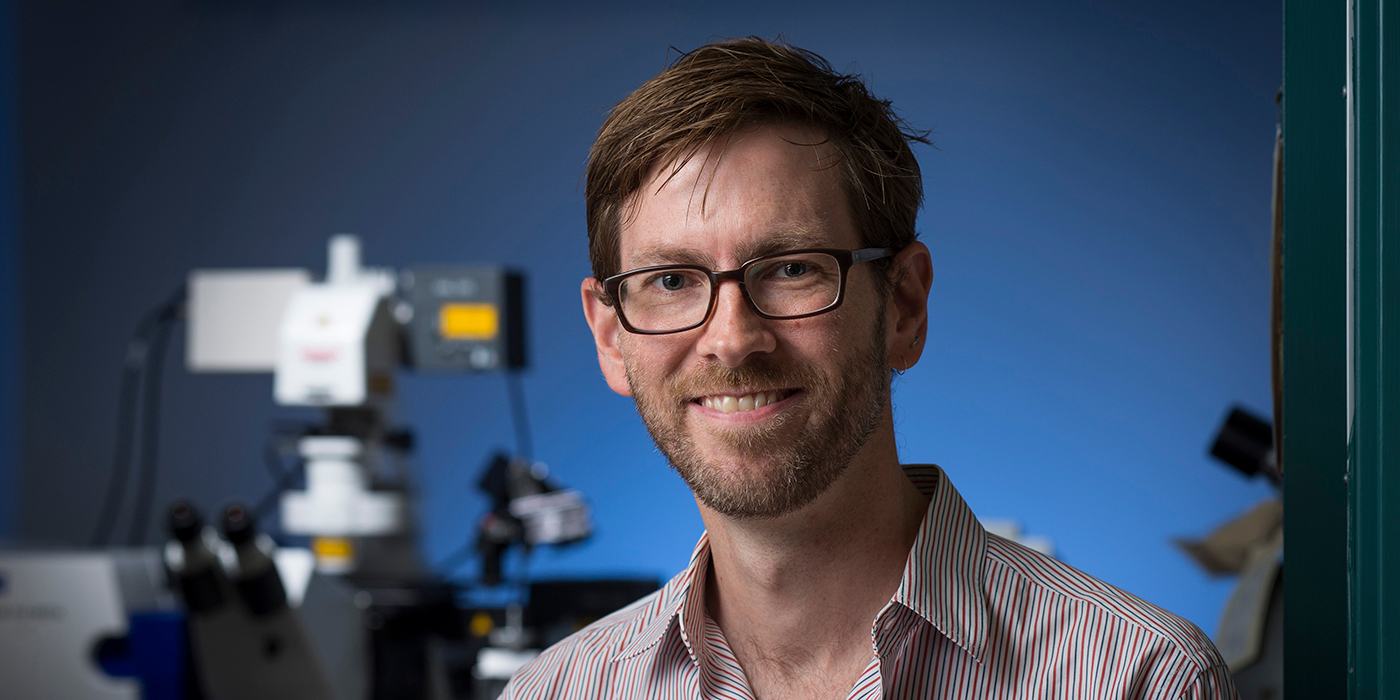 Marcel Bruchez, professor of biological sciences and chemistry and director of the Molecular Biosensor and Imaging Center at Carnegie Mellon University passed away on Aug. 27, 2022 after a four-year hard-fought and courageous battle with glioblastoma. He was 48 years old.

Bruchez was a brilliant scientist, an entrepreneur and innovator, and a beloved teacher and mentor. He had an unflagging enthusiasm for science and discovery and was always looking for new ways in which he could change the world through his research.
Bruchez invented and developed of a suite of nanotechnology tools that allows for the dynamic imaging of cells at the molecular level. These tools include fluorescent dyes, probes and optical tools that are used by researchers worldwide to investigate how cells and proteins change and interact in vivo and in real time.

He continued his research during his illness, making significant contributions from his own lab and through collaborations with researchers at Carnegie Mellon University, the University of Pittsburgh, UPMC and other institutions.

Bruchez’s many inventions led him to be elected to the National Academy of Inventors in 2021. As a graduate student at the University of California, Berkeley, he modified nanosized particles called quantum dots so that they could be used to tag proteins and label cells. The technology was named one of Science magazine’s Top Ten Scientific Innovations in 2003. Bruchez co-founded Quantum Dot Corporation to market the imaging tool to biologists and drug developers; the company was later sold to Invitrogen. In 2011, he co-founded Sharp Edge Labs, now called Sharp Therapeutics, which provides technologies for the discovery of small molecules that can restore activity of disease-mutant proteins and be used to develop new treatments for genetic disease.

Over the last few years, Bruchez played a key role in bringing the world’s first academic cloud lab to Carnegie Mellon. Using Emerald Cloud Lab’s platform, Bruchez conducted research that demonstrated how cloud labs could be used to advance university research. He also taught the first university-level class using a cloud lab and advised the university on the type of equipment that would be essential to the Carnegie Mellon University Cloud Lab’s success.

Bruchez was dedicated to teaching the next generation of scientists. Since joining Carnegie Mellon in 2006, he mentored postdocs, doctoral candidates and undergraduate students studying in biological sciences, chemistry, computational biology and biomedical engineering. He was a devoted mentor to them not only during their time at Carnegie Mellon, but also throughout their careers.