Schaeffer, whose research is also supported by an Air Force Young Investigator Program (YIP) grant, develops mathematical tools for extracting information from data, a task that is important to machine learning, data mining, image processing and automated analysis. Under the grant, Schaeffer plans to construct methods for learning the underlying process that generates some observed data, in a sense, reverse engineering models from data. These extracted models can be used to gain insights on the data and make data-enabled decisions.

CAREER Awards are among the most prestigious awards for young faculty. They recognize and support those who exemplify the role of teacher-scholars through outstanding research, excellent education
and the integration of education and research.

Image: Given a set of data (top image), Schaeffer computes the velocities (second image), uses an approximation to the trajectory to initialize the learning process (third image) and learns the best fit trajectory via an optimization problem (bottom image, below) to attempt to find the generating equations that govern the dynamics. 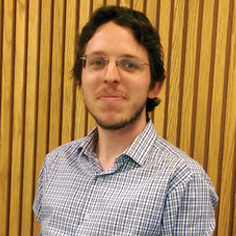 Sebastien Vasey, who earned his doctorate from Carnegie Mellon University’s Department of Mathematical Sciences in May 2017, has been awarded the Sacks Prize by the Association for Symbolic Logic for his dissertation. The annual international prize recognizes “the most outstanding doctoral dissertation in mathematical logic.”

Vasey conducts research in model theory, one of the main branches of mathematical logic. He won the award for his dissertation titled “Superstability and Categoricity in Abstract Elementary Classes,” which he completed under the direction of Professor of Mathematical Sciences Rami Grossberg.

In his thesis, the prize committee noted, “Vasey undertook a deep and sustained study of classification theory for abstract elementary classes.”

“Among the many theorems he proved, his eventual categoricity theorem for universal classes is recognized as a landmark achievement toward Shelah’s conjecture generalizing Morley’s theorem on uncountable categoricity to abstract elementary classes,” the committee continued. “A second remarkable result is his classification of the stability spectrum for tame AECs, which may well pave the way for connections with, and applications to, other areas of mathematics.”

The Sacks Prize was founded in 1994 to honor noted logic researcher Gerald Sacks of Harvard and MIT. Sacks was known for serving as an advisor to many Ph.D. students. Vasey shared this year’s prize with Matthew Harrison-Trainor, a postdoctoral fellow in mathematics at Victoria University of Wellington. Last year, Vasey was a recipient of the Guy C. Berry Graduate Student Research Award. He is currently a Benjamin Peirce Fellow in the Harvard University Department of Mathematics.

Kavčić-Moura University Professor of Mathematical Sciences Irene Fonseca was featured in a special Women’s History Month issue of the Notices of the American Mathematical Society. In the profile of Fonseca, it notes her contributions to the variational study of ferro-electric and magnetic materials, composites, thin structures, phase transitions and in the mathematical analysis of  image segmentation, denoising, detexturizing, registration and recolorization in computer vision. In the article, Fonseca offers advice to young women, encouraging them to network, be confident in their skills and have fun.

Associate Professor of Mathematical Sciences Po-Shen Loh was named
one of Pittsburgh Magazine’s “40 Under 40” honorees for 2017. The program honors people who are making Pittsburgh a better place. Loh was recognized for his work that challenges people to learn math and reach their potential, specifically through his social enterprise startup, Expii. The success of Loh’s teaching methods is evident in his students’ triumphs. As the coach of the U.S. Mathematical Olympiad Team, he led the the U.S. team to a first place finish in the 2018 International Mathematical Olympiad ­— the United States’ third win since Loh took over as coach four years ago. Under his direction, Carnegie Mellon had the second most students finishing in the top 500 of all students taking the Putnam exam for the past five years. 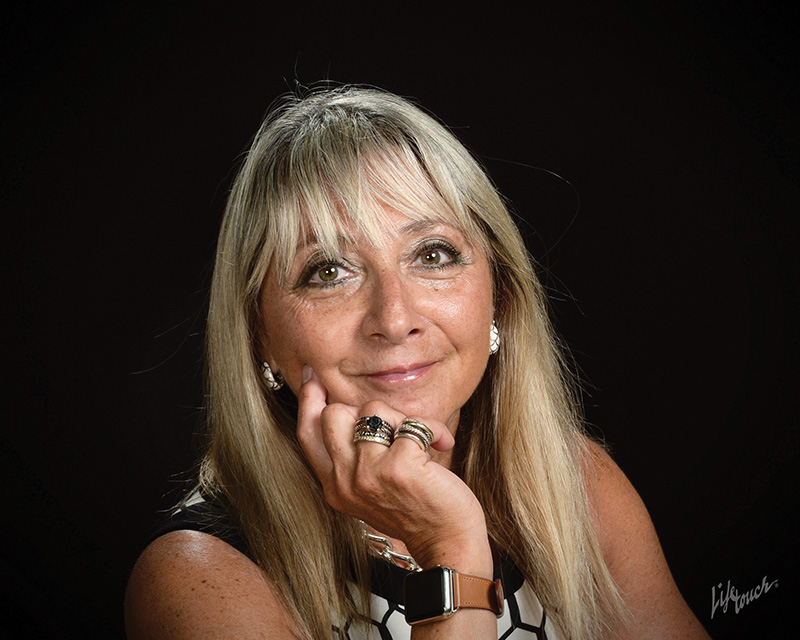 Professor of Mathematical Sciences Irene Fonseca was one of four Carnegie Mellon University faculty members appointed to new Kavčić-Moura Professorships, designed to provide sustained, long-term support for scholars across the university whose breakthroughs and discoveries have the potential to impact the world where human life and technology meet.
Fonseca has been a faculty member in the Mellon College of Science since 1987 and is the director of the university’s Center for Nonlinear Analysis. One of the world’s leading researchers in the field of applied mathematics, Fonseca̓s research lies at the interface of applied analysis with materials and imaging sciences. In 2017, she was appointed to the Abel Prize Committee, which is responsible for selecting the winner of the top prize recognizing lifetime contributions to mathematics by the Norwegian Academy of Science and Letters. In 2012, she became the second woman to be elected president of the Society for Industrial and Applied Mathematics (SIAM). She is a fellow of the American Mathematical Society and SIAM. She is a Grand Officer of the Military Order of Saint James of the Sword (Grande Oficial da Ordem Militar de Santiago da Espada, Portuguese Decoration). In 2014, she was named a University Professor, the highest distinction that can be bestowed on a professor at CMU.

The Kavčić-Moura professorships honor inventors José M.F. Moura and Aleksandar Kavčić, whose scientific research and technological innovations have had a transformative impact on the computing industry for more than a decade and a half.

“We are delighted to honor José and Alek for their groundbreaking work and passionate commitment to advancing research and education at Carnegie Mellon,” said President Farnam Jahanian. “The Kavčić-Moura Professorships will allow us to attract and retain outstanding scholars across a broad spectrum of disciplines, providing the funds for brilliant minds to make innovative advances in their research.”

Moura, the Philip L. and Marsha Dowd University Professor of Electrical and Computer Engineering, and Kavčić, a former doctoral student of Moura who is an adjunct faculty member at CMU, developed and patented systems and methods that fundamentally increased the accuracy with which hard disk drive circuits read data from high speed magnetic disks.
The Kavčić-Moura Professorships are funded by the university’s proceeds from the 2016 settlement of the patent infringement lawsuit against Marvell Technology Group Ltd. and Marvell Semiconductor Inc. As outlined in 2016, the majority of those proceeds were put into endowment, for the perpetual support of undergraduate financial aid, graduate student fellowships, endowed faculty chairs and cross-campus research initiatives.

The Department of Mathematical Sciences will host some of the world’s preeminent mathematicians for the Abel in Pittsburgh conference. The one-day conference, held on January 11, 2019, is the ninth edition of the “Abel in …” series that aims to increase public awareness of mathematics and the Abel Prize.

The Abel Prize, awarded by the Norwegian Academy of Science and Letters for a researcher’s contributions to mathematics over the course of a career, is considered to be the most important prize in the field for a lifetime achievement.

The conference comes to Pittsburgh through Irene Fonseca’s position on the Abel Committee. Fonseca is co-organizing the conference with Professor of Mathematical Sciences Dejan Slepčev. Scheduled to speak are Abel Laureate Yakov Sinai and Abel Prize Committee member Sun-Yung Alice Chang from Princeton University, Abel Prize Committee member Gil Kalai from the Hebrew University of Jerusalem and Scott Sheffield from the Massachusetts Institute of Technology.

The meeting also will serve as an opportunity for the Abel Committee, which consists of Fonseca, Chang, Kalai, François Labourie from the Université de Nice and Hans Munthe-Kaas from the University of Bergen, to meet. The group will recommend a candidate for the 2019 Abel Prize on March 19, 2019, and the prize will be bestowed at an awards ceremony in Oslo on May 20.