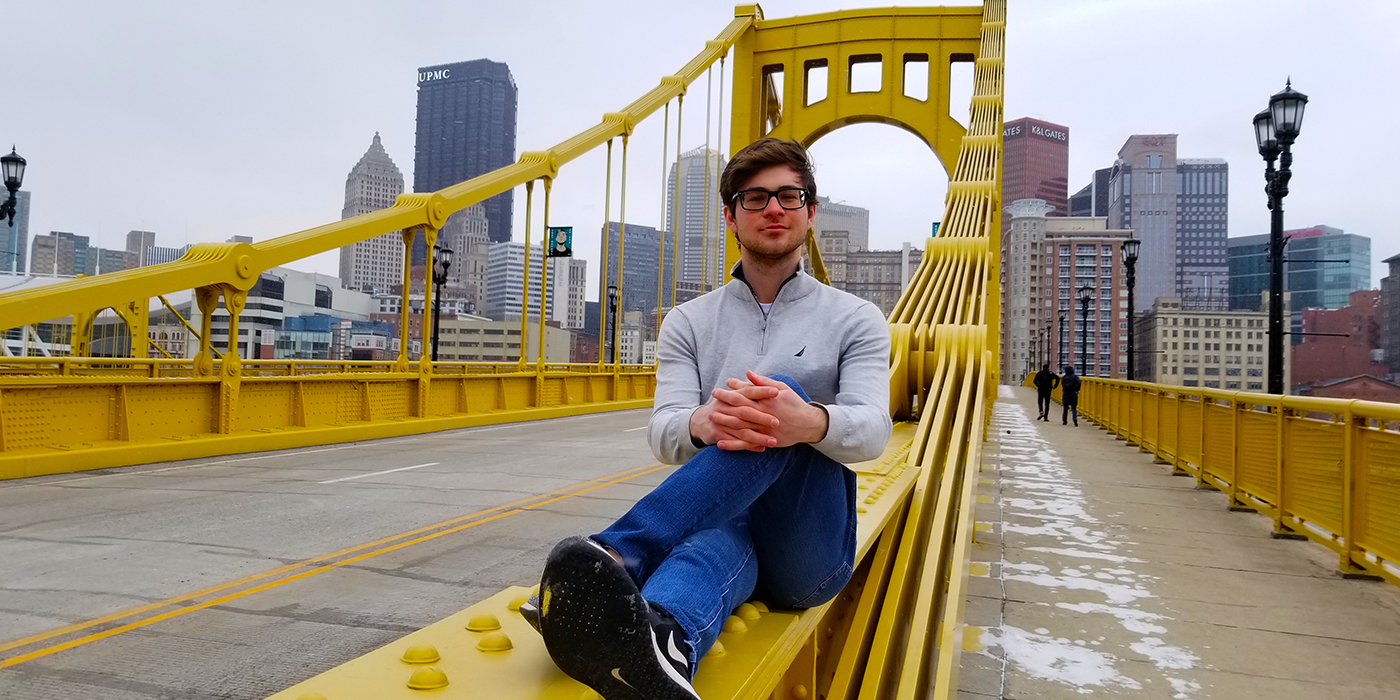 Stevenson is pursuing the Mathematical Sciences Honors Degree Program. He takes both undergraduate and graduate level classes and will graduate from Carnegie Mellon University next year with his B.S. and M.S. in mathematical sciences.

At CMU, Stevenson has molded his interests in both teaching and research. He has served as a teaching assistant for the mathematical sciences’ courses Math Studies: Analysis I and II, and he has conducted several research projects studying partial differential equations in fluid mechanics and function spaces, advised by Associate Professor of Mathematical Sciences Ian Tice.

His projects are influenced by his interest in applying abstract mathematical concepts to solve problems in the physical world.

For example, one of Stevenson’s projects focused on the rigorous analysis of micropolar fluid equations, which describe the dynamics of viscous fluids with microstructure such as blood, colloidal suspensions or liquid crystals. Mathematicians contribute to the understanding of fluid flow by studying the nonlinear partial differential equations that govern their motion. To that end, a major focus of modern mathematical analysis is determining when solutions to fluid equations exist and studying if and how singularities can form.

“Working in this area is challenging even for graduate students, but Noah’s strong background and honors program preparation made it possible for him to do so as a rising junior,” said Tice.

Through his analysis of fluid equations, Stevenson discovered and analyzed a particular stability in micropolar fluids. His work has been submitted as a manuscript to be published.

These experiences have shaped Stevenson’s career plans to earn his Ph.D. and become a researcher and professor of mathematics. He believes the Goldwater Scholarship will help him achieve this goal not only for its financial support but because of what it means to be chosen as a Goldwater Scholar.

“Receiving the Goldwater Scholarship is reassuring to me that I am traveling along the right academic and career path,” said Stevenson. He adds that the scholarship process helped him learn how to communicate mathematical ideas to non-experts, a skill that will come in handy when applying to graduate school.

Stevenson is one of 396 students selected for the scholarship from an applicant pool of over 5,000 sophomores and juniors nationwide. He is also one of four Carnegie Mellon recipients.

Stephanie Wallach, assistant vice provost for undergraduate education, said that CMU can nominate four students annually for the award. Brittany Allison, assistant director in the Office of Undergraduate Research and National Scholarships, oversees the university’s Goldwater nomination process, which includes a committee of faculty members who discuss the nominations, and also includes working closely with each nominee before the final submission.

“Dr. Allison did a double take when she saw that all four of our nominees were selected,” Wallach said. “This is an award that recognizes our CMU strengths in the fields of engineering, natural sciences and mathematics and the exceptional ability of our faculty to involve our immensely talented and highly motivated students in undergraduate research. 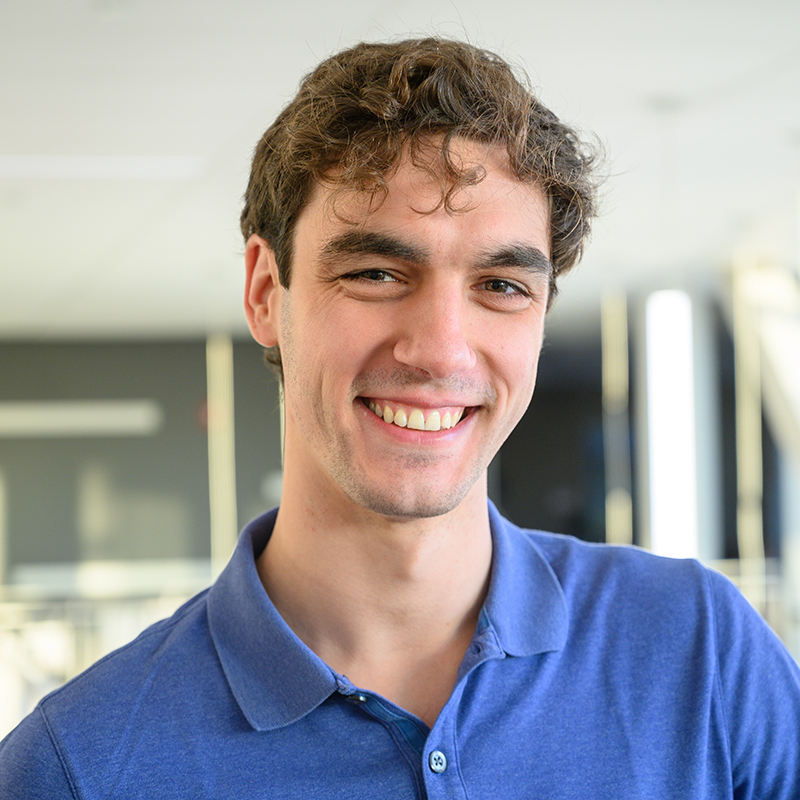 “When I assigned TAs to various courses, I knew that I could assign Antoine anywhere, knowing that he would be an asset to any instructor,” wrote Deborah Brandon, former associate teaching professor, in supporting his nomination for the award.

As testament to this fact, Remond-Tiedrez was a teaching assistant for seven semesters for nine different courses. He was committed to becoming a better educator with each course he taught and he poured countless hours of preparation into doing so.

“I like how the students’ eyes light up when they have an ‘aha moment.’ I like to hear students voice their sense of accomplishment after completing a difficult yet rewarding class; and I like the challenge of finding the right teaching strategies for a particular cohort in a particular class,” Remond-Tiedrez said.

When he became the instructor for the course Concepts of Mathematics in the summer of 2017, he designed the course himself using only the syllabus and the textbook, taking great care with planning lectures, quizzes, homework assignments, midterms and exams to provide repeated opportunities for students to develop their mathematical skills.

“The course is difficult to teach because it is the first proof-based course for most of our students,” wrote Irene Gheorghiciuc, associate teaching professor.

However, students had nothing but praise for Remond-Tiedrez.

“Antoine did well in breaking down complicated problems and directing us to find an approach to each step,” wrote student Joanna Yao about her experience in Concepts of Mathematics. “His teaching style gave me more chances to improve my mathematical thinking.”

If you ask his students for someone who is dedicated and effective in teaching, they say to look no further than at Remond-Tiedrez.

Brandon agrees: “Antoine puts a lot of thought and effort into his teaching, in addition to having a natural talent for it. He is a wonderful (and versatile) teacher.” 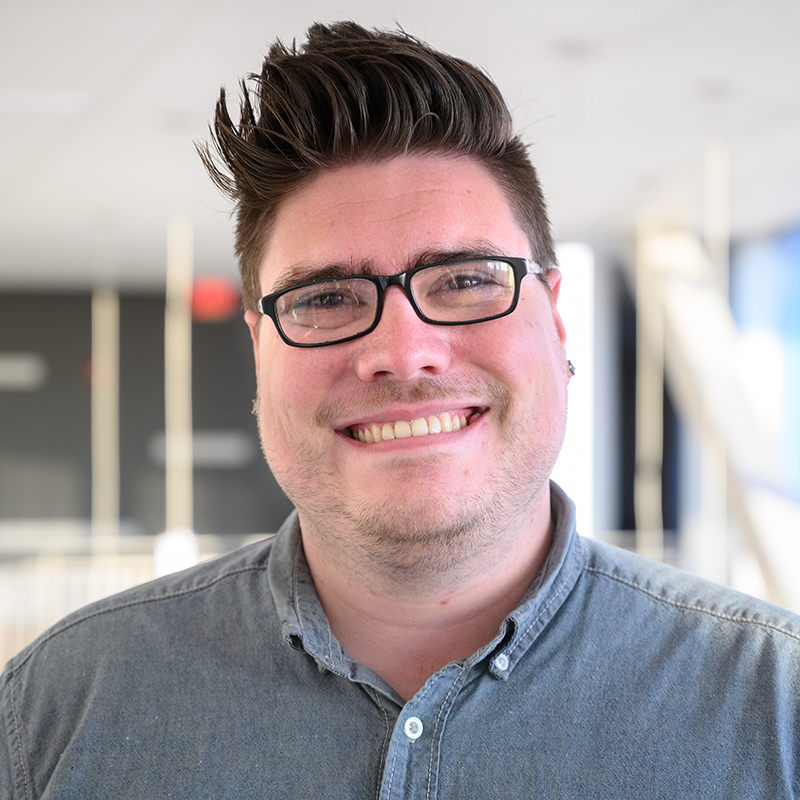 “He is one of two or three best graduate students in Discrete Mathematics that I have seen in the department in my nearly eight years here,” wrote Boris Bukh, associate professor of mathematical sciences and Cox’s major professor, in nominating him for the award. Cox is now a postdoctoral fellow at Iowa State University.

Describing him as driven and independent, Bukh highlighted the fact that Cox has written five papers as a graduate student, compared to the average of one to three that a mathematical sciences student produces on their way to getting a Ph.D.

“In a nutshell, Chris is one of the most brilliant young combinatorialists that I have encountered over my thirty years of activity in this area,” wrote Ron Holzman, a professor of mathematics at the Technion-Israel Institute of Technology, to support the nomination. Cox worked with Holzman in 2018 after receiving a grant allowing him to travel to Israel and collaborate on research there.

“My research focuses on the interplay between algebraic, geometric and probabilistic tools in extremal combinatorics,” Cox said.

“While passing through a noisy environment, a message may be corrupted: some parts of the message may be erased and other parts may be completely changed,” Cox explained. “The main way to combat this noise is to add redundancy to the message.”

Through his work related to the Shannon-Hartley theorem, Holzman noted, Cox and Bukh achieved a breakthrough on a “notoriously difficult problem” of calculating the upper bound of the Shannon capacity of a fixed graph.

In response to winning the Berry award, Cox chose to express his feelings about it in the form of puns.

“I’m Berry pleased to have won this award. I’d like to thank Boris Bukh, my adviser, and Dejan Slepčev, denominator, for their non-trivial support,” Cox said. “Being a discrete mathematician, I’m glad I could count on them. Hopefully my research doesn’t atrophy after winning a trophy.”