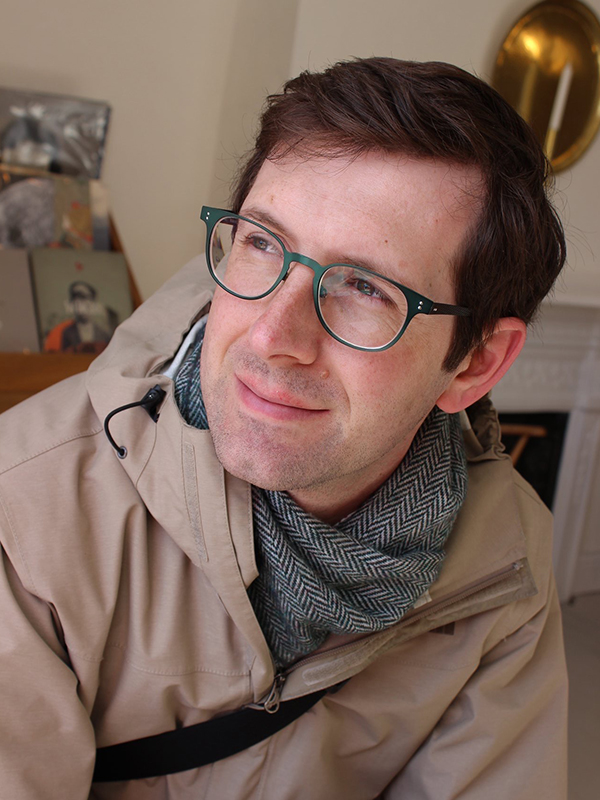 Mike Bueti’s career has been fluid, much like the ocean models he creates.

“I just loved the beauty of wave equations and how you could get interesting insight into the physical properties of the world with this really elegant math,” said Bueti, who graduated from Carnegie Mellon University’s Department of Physics in 2007.
Working with meteorologists and statisticians who create historical and hypothetical hurricanes, Bueti gathers data about past flooding and the present natural and built environment, and builds a numerical model which can be driven by wind information in order to look at where storm surge risks are.

“This is a gridded model. You’re solving the shallow water physics equations at each grid cell, and we have a team that goes out and gets the best topographic and bathymetric data, both subsea and on land so we can see how the water flows when it hits land,” he said.

The data analytics and risk assessment firm provides information for clients in government and industries such as insurance, financial services and risk management. As more data is collected, the modeling becomes increasingly better.

“One of the places we’re seeing changes is in 100 plus-year storms. The frequency and strength of storms are changing to a degree,” he said. “Some of the storms we are seeing are more powerful, or in areas we haven’t seen impacted before. We only have about a century of well-observed storms, so a few major events can change our understanding of the statistical distribution significantly.”

“Our statistical modelers are incredibly sharp and are pushing the envelope with how well they can represent hypothetical stochastic scenarios year after year, which is where a lot of the our major improvements come from,” he said. “But also, we have more data and a deeper understanding of what is a black swan event versus a normal five, 10 or 20 year event. Something we used to think of as a 100-year storm may not be. We just haven’t seen it in 50 years, and are encountering a sampling bias.”

The work Bueti does builds on the foundation he created at Carnegie Mellon, from the courses he studied in physics to the computer science classes he took.

“I didn’t major or minor in computer science at Carnegie Mellon, but if you enjoy working in computer systems, and don’t take advantage of one of the very best computer science programs in the world to hone your chops, you’re wasting a huge opportunity,” he said. “I came out with this skillset of being a skilled programmer and software engineer along with my physics training.”

A doctorate at the University of Rhode Island in physical oceanography and stints in the tech industry honed those skills even further. He said students early in their career should consider how physics is about seeing the world as systems.

“It’s a way of thinking and approaching and solving problems,” he said. “If you can understand how to break a problem down and move forward with it, you can carry that into many places you wouldn’t expect to find a physicist. Don’t let the place you are today and the people you surround yourself with limit your view of the possibilities out there, and where your physics training can take you.”