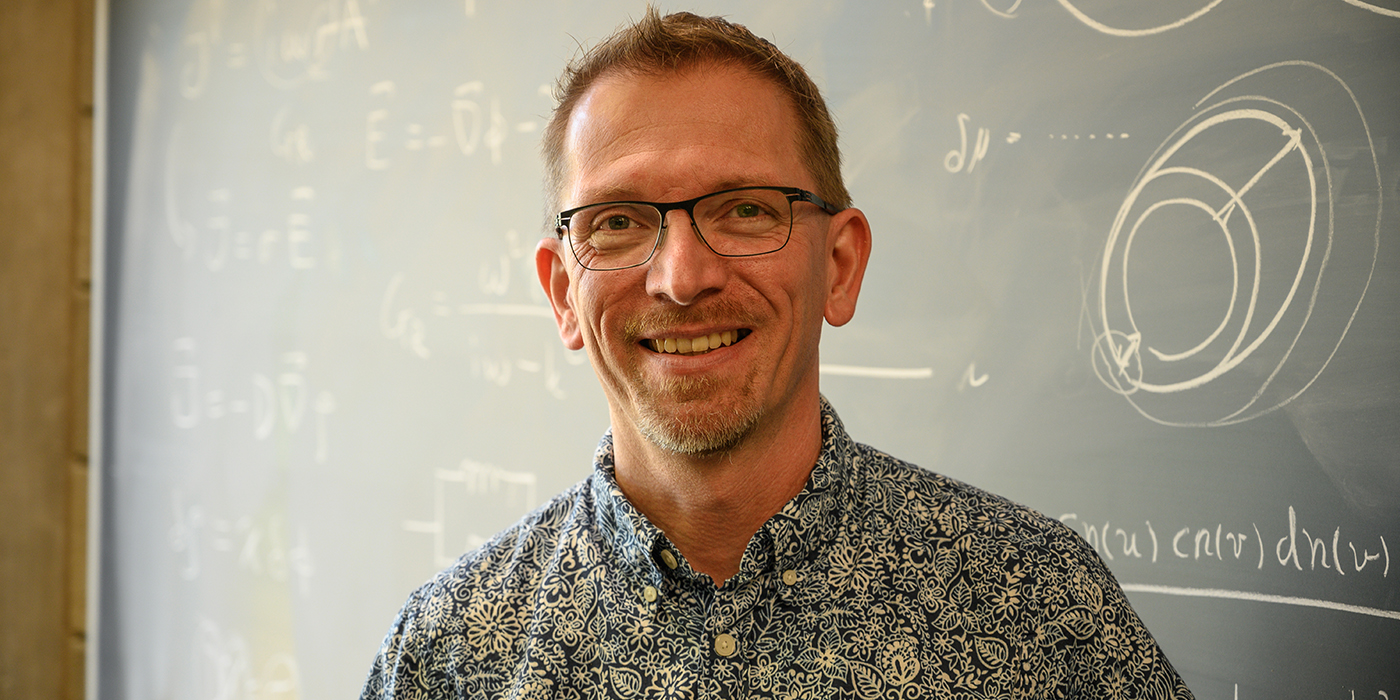 The Thompson Award recognizes an outstanding contribution in the field of membrane structure and function. Deserno was recognized for his use of theory and simple models to discover fundamental properties of membranes and his unique ability to connect abstract theoretical concepts to real-life functional processes.

A professor of physics and member of Carnegie Mellon’s Biophysics Group, Deserno’s work focuses on the physical problems that occur within the context of molecular cell biology. He develops coarse-grained simulations of cells’ lipid membranes and the molecules that interact with those membranes to carry out vital processes. Through these simulations, Deserno has been able to explain a number of cellular processes, including dynamin-driven membrane fission and viral assembly.

“I am very honored to receive this award from the community I call my scientific home. I am also grateful for the many talented students and postdocs who have chosen to work with me over the years and whose brilliant research is also being recognized here,” said Deserno.

Founded in 1958, the Biophysical Society leads the development and dissemination of knowledge in biophysics through its meetings, publications and outreach activities. The Membrane Structure and Function Subgroup promotes and advances knowledge about the biophysical properties of lipids, membranes and membrane associated molecules, including membrane proteins.

deserno Highlights the Promises of mRNA and Vaccinology in Panel Discussion

Ever wondered why mRNA was so important in rapidly producing a vaccine for COVID-19? In a recent panel discussion, two experts from the Mellon College of Science broke down what this molecule is and how it’s revolutionized the process of making vaccines.

The session, viewed by more than 1,200 people, kicked off with a presentation from Professor of Physics Markus Deserno, a biological physicist whose research focuses on membranes and proteins. Those two topics turn out to be very important in discussing the coronavirus SARS-CoV-2 that is behind the COVID-19 pandemic and the vaccines that have been developed to ward it off.

“It’s a little bit like a Trojan Horse kind of thing,” Deserno said of how SARS-CoV-2 infects human cells. With one of the now recognizable spike proteins jutting out of its surface, the virus binds onto a protein on the surface of our cells and essentially tricks the cell into gobbling it up. Once inside, the virus can hijack the machinery of a cell and replicate itself many times to send new viral particles out to repeat the process.

Since so much of a virus’s life cycle takes place inside our cells, the best place the human immune system can target viruses is when the particles are traveling between cells. However, the immune system is usually slow to learn what to target when fighting off foreign bodies like bacteria and viruses in our bodies.

That’s where vaccines come in, Deserno explained. These substances are designed to expose a person’s immune system to a disease-causing microbe without infecting them. Traditionally, vaccines are made by growing bacterial or viral particles in chicken eggs that can be weakened or inactivated and injected into our bodies to teach our immune systems.

The revolutionary new vaccines work very differently. Messenger RNA, or mRNA, is a molecule that our cells use to transfer instructions from the nucleus to elsewhere in the cells where proteins are made. By giving our cells mRNA instructions on how to make the recognizable spike protein on the surface of SARS-CoV-2, these vaccines trigger our bodies into making the protein and exposing our immune systems to it without exposing them to the full disease.

Compared to the traditional egg route of vaccine development, Deserno pointed out, this new process stands to be far better in several respects, including faster, easier to scale up in production and more flexible. By contrast, mRNA vaccines can be made in test tubes biochemically, and in fact it would even be possible to pre-stage vaccine production facilities with all the raw materials necessary for future pandemics. Scientists would simply need to genetically sequence the disease and could get straight to work on producing the vaccine.

“All of this is only possible at this speed because of decades of fundamental science research,” Deserno said. “These developments revolutionize the way we will produce vaccines in the future.”
Deserno was joined by Eberly Family Career Development Associate Professor of Biological Sciences N. Luisa Hiller to provide further context on topics such as how mRNA technology could be used for vaccines in the future, and how the COVID-19 mutations that have developed might affect the effectiveness of the vaccines that have been produced. 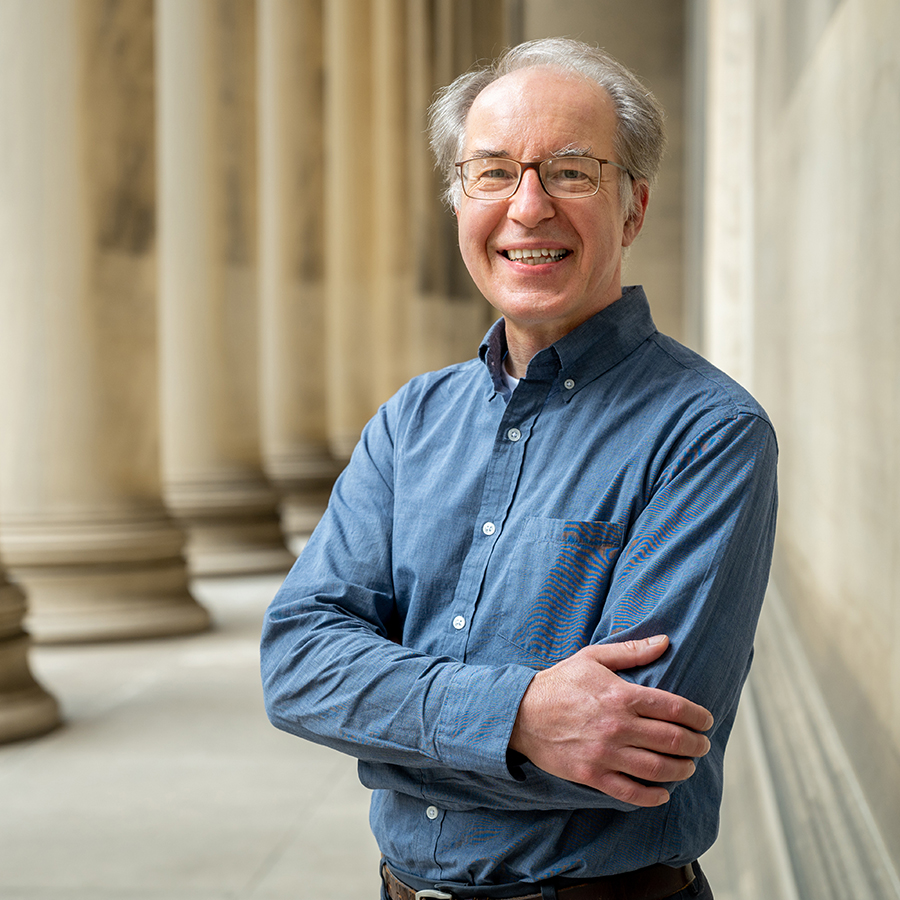 Physics Professor and Associate Dean for Faculty and Graduate Affairs Manfred Paulini has been honored with the Mellon College of Science’s 2021 Richard Moore Award for his substantial and sustained contributions to the educational mission of the college.

For more than a decade, Paulini has worked tirelessly to shape and transform the Department of Physics graduate program to be a source of pride for the department and its students. His greatest mission has been to provide a sense of community and support for each graduate student who comes through the program.

As director of graduate studies from 2008-2018, Paulini was known for his genuine concern for the wellbeing of each individual student.

To ensure that graduate students’ voices were heard, he instituted town halls every semester where students could discuss their concerns in an open environment, which led to significant changes in the department. For example, Paulini began participating in and monitoring all qualifying exams to make sure that there was continuity, transparency and fairness in the process. Students could also walk through their exam results privately with him in a safe and supportive space.

Perhaps most impressive was Paulini’s commitment to personally mentor all incoming students until they chose thesis advisors. Paulini helped students explore their interests and guided them towards potential advisors who would best align with their goals and ambitions. As their biggest advocate, Paulini was ready to help students with both personal and professional matters.

“Students came to Manfred with a broad spectrum of problems and felt very comfortable and safe discussing these with him,” noted Scott Dodelson, head of the Department of Physics.
Paulini also devoted substantial effort to building a supportive and encouraging community, where students could thrive as budding academics, researchers and professionals.

The department enjoyed new social programs that brought together students and faculty to get to know each other and share ideas as well as a popular series to introduce students to careers outside academia. He also strengthened the graduate curriculum by introducing BiasBusters trainings and discussions of responsible conduct.

In 2018 Paulini continued his mission to enhance graduate education within MCS as a whole. In his new role as associate dean for faculty and graduate affairs, Paulini introduced new funding for conference travel; expanded town hall meetings and social events; implemented a science communication and professional development series that helped students from all departments hear about careers outside of academia; and developed a professional master’s program in Data Analytics for Science.

“Manfred deeply transformed the physics graduate program,” concluded Dodelson in his nomination letter for Paulini. “The characteristics of an educational program where students can thrive became an integral part of the Physics Department thanks to his tireless efforts, an effort that he is continuing to work on now college-wide.” 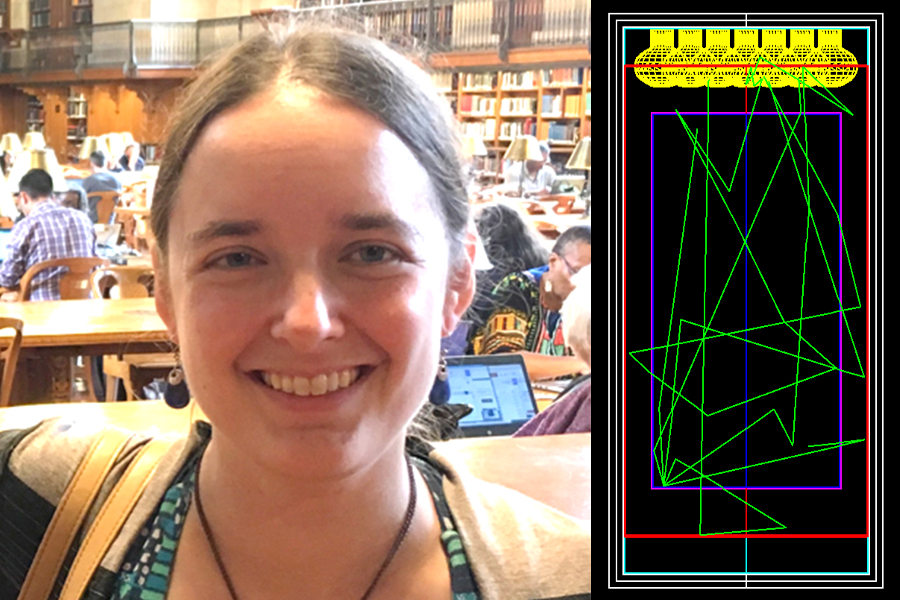 “Maintaining our nation’s brain trust of world-class scientists and researchers is one of DOE’s top priorities — and that means we need to give them the resources they need to succeed early on in their careers,” said U.S. Secretary of Energy Jennifer M. Granholm. “These awardees show exceptional potential to help us tackle America’s toughest challenges and secure our economic competitiveness for decades to come.”

Neutrinos are one of the fundamental particles that make up the universe. Neutrino particles rarely interact with other matter, which has made it hard for scientists to study or understand them. The COHERENT Collaboration, working at the Oak Ridge National Laboratory’s Spallation Neutron Source (SNS), was the first to detect and measure one such interaction — the coherent elastic scattering of neutrinos off nuclei. Accurate measurements of this and other interactions could help physicists reveal new information about neutrinos, the dynamics of neutron star formation and supernovae explosions, and dark matter.

The biggest limitation for the COHERENT experiment is that researchers are only able to estimate the flux of neutrinos produced by the SNS with about 10% accuracy. Parno, a longtime member of the COHERENT Collaboration, will use her Early Career Research Award to build a module for a heavy-water neutrino detector that will precisely count the number of neutrinos that are produced by the SNS. Having an accurate tally will make the measurements from all the COHERENT detectors more precise, significantly improving the accuracy of the collaboration’s results.

“This award means that we’ll be able to tackle the biggest source of error in COHERENT’s groundbreaking neutrino measurements,” said Parno, “It also gives us the opportunity to train Carnegie Mellon students in an intriguing type of detector technology. I’m tremendously excited to get to work.”

DOE Early Career Research Awards provide five years of financial support to exceptional researchers in the early years of their career. Parno is one of 83 scientists from across the United States to be selected for the program this year. She is an alumna of Carnegie Mellon, earning her doctoral degree in physics in 2011. She joined the Carnegie Mellon faculty in 2017 following postdoctoral and faculty appointments at the University of Washington. 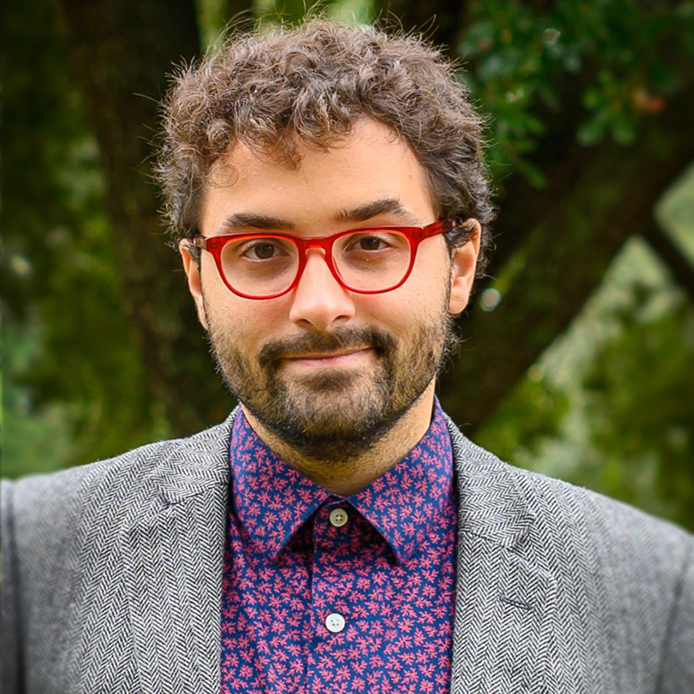 Assistant Professor of Physics Carl Rodriguez has received a New Investigator Award from the Charles E. Kaufman Foundation. The two-year, $150,000 grant will support his research into understanding the origins of binary black holes and the gravitational waves they produce.

“On Sept. 14, 2015, the two detectors of the Laser Interferometer Gravitational-wave Observatory (LIGO) observed a 0.2 second burst of energy that forever transformed physics,” Rodriguez said. The elusive gravitational wave picked up by LIGO was from the merger of two black holes, and its detection validated a prediction influential physicist Albert Einstein made nearly a century earlier.

“But even five years later, we still do not fully understand the origin of the binary black holes that LIGO saw that day,” Rodriguez added. Some have hypothesized that the black holes were the remnants of a binary star that had been together since its formation, while others have speculated that the black holes formed individually and were brought together by strong gravitational forces inside dense star clusters.

Using high-powered computers, Rodriguez will work to model the dynamics of thousands of small star clusters to understand how gravitational forces can affect the evolution of binary stars and potentially create gravitational waves.

“This kind of specialized approach will be critical to understanding the thousands of detections that LIGO is expected to make over the coming decade,” Rodriguez said.

“With the global coronavirus pandemic underway and a world waking up to the dramatic and harmful effects of climate change, particularly on the most vulnerable, it’s clear that our world needs scientific research now more than ever,” Lisa Schroeder, president and CEO of The Pittsburgh Foundation said in announcing the grant. “It’s an honor for our Foundation to carry forth Charles Kaufman’s vision of funding innovative scientific research that breaks down interdisciplinary barriers to enhance human understanding and quality of life.”

Grants from the Kaufman Foundation, a supporting organization of the Pittsburgh Foundation, go to institutes of higher learning in Pennsylvania for scientists pursuing research that explores essential questions and/or crosses disciplinary boundaries. New Investigator grants are awarded to scientists transitioning to independent appointments or engaging in new research and are meant to empower promising scientists at the beginning of their careers.