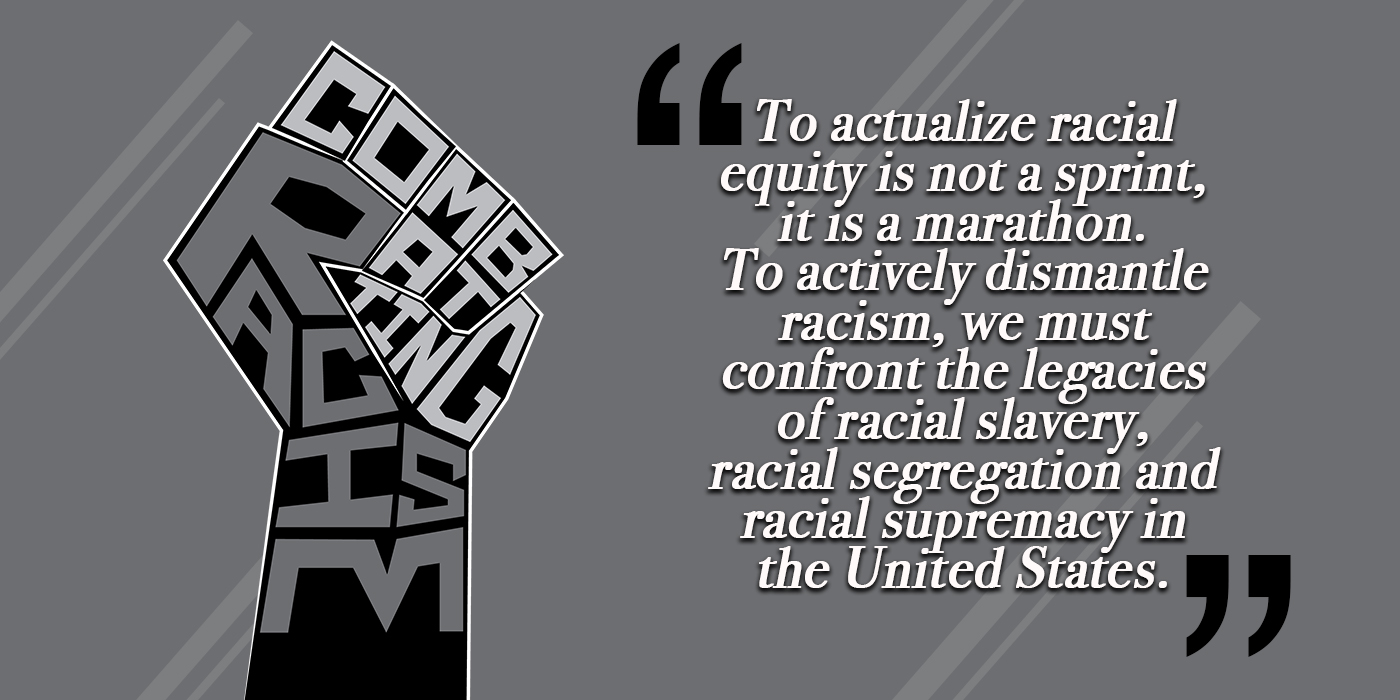 As the United States experiences heightened awareness of racism and a call to dismantle the systemic racism that exists within the country, organizations nationwide, including universities, are looking inwards to see what they can do to affect change in their own communities.

“We strive for diversity at all levels of the college and believe that every individual should be treated with respect and empathy. These are among the college’s core values,” said Rebecca W. Doerge, Glen de Vries Dean of MCS. “I believe that our best work happens when professional collaboration between individuals of varying backgrounds, perspectives and opinions is nurtured in a welcoming environment.”

Increasing diversity has been a priority for Doerge since she began as dean. She has worked hard to increase representation at MCS. She has built on faculty hiring practices introduced by her predecessor, Fred Gilman, requiring departments to interview and consider minority candidates for faculty positions. For undergraduate students, MCS has funded travel for prospective students who would otherwise be unable to visit campus and fully supports the Tartan Scholars program that builds a community of support and leadership among incoming first-year students who are academically high-achieving and come from low-income backgrounds.

But recent events, including the killing of a number of unarmed Black people by police and the resulting Black Lives Matter activism, made the college realize they needed to do even more, now. MCS began with a panel discussion in July that brought together alumna and diversity advocate Njema Frazier, alumnus Fred Dauphin, Director of Development Lisa Georgi and Professor of Chemistry Danith Ly to talk about their experiences with racism and what the college and its members could do to combat racism both professionally and personally.

“I challenge you all to not hide behind the enormity of this problem. It’s a huge thing. It’s been around since the beginning of our country,” said Frazier when she opened the panel. “Think about how you react and how you interact with a person of color. Then think about how you would act if that person was white. Have the presence of mind to analyze your words and actions. We can create a more inclusive environment through our actions, attitudes and understanding.”

As the panel continued, it became clear that the panelists strongly believed that challenging one’s biases and not rushing to judgement about a person based on their race was key to curtailing racism.

Dauphin, who noted his experience as an undergraduate in the Department of Physics was a positive one, said he often feels that people are surprised of his success due to the color of his skin. “I felt that people thought ‘I can’t believe a Black person could be a STEM major and hold several leadership positions,‘” he said. “Why can’t you see someone who is my skin color do those things? Why does that have to be the narrative?”

In order to change this narrative and challenge the biases everyone carries, MCS has enlisted the help of anti-discrimination law scholar Wendy Greene and diversity, equity and inclusion consultant Y’Nesha Schaffer to facilitate a series of empowering dialogues about race with the MCS community over the course of the 2020 fall semester. Topics will include “What is Race?”, “Defining Racism and White Privilege” and “Unpacking White Privilege, Advancing Racial Equity.” Each session will be followed with smaller group discussions.

“To actualize racial equity is not a sprint, it is a marathon. To actively dismantle racism, we must confront the legacies of racial slavery, racial segregation and racial supremacy in the United States,” said Greene and Schaffer in their introduction to the dialogue series. “To achieve these ends, a deeper, fuller and continuing education about the importance of the past to the present and future state of race relations is vital.”

The goal of the dialogues is to empower MCS faculty, staff and students to identify, prevent and not perpetuate racial inequalities in their personal, professional and educational spheres.

The college has also convened an anti-racism, diversity, equity and inclusion committee made up of students, faculty and staff who expressed an interest in helping MCS grow its diversity efforts. The committee meets regularly to discuss issues facing the college and brainstorm ideas on how the college can improve.

“We have a lot of work to do,” said Doerge. “But we are committed to doing this important work.”