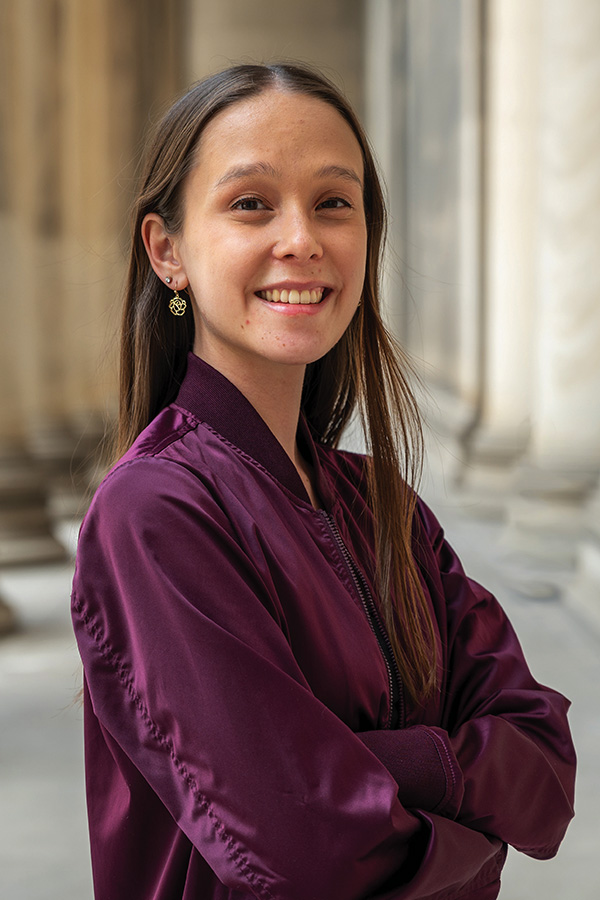 Chemistry graduate Rachel Motz is this year’s recipient of the Dr. J. Paul Fugassi and Linda Monteverde Award and the Judith A. Resnik Award.

Established in 1971 by Professor of Chemistry J. Paul Fugassi to honor his aunt Linda E. Monteverde, the Fugassi and Monteverde Award recognizes a graduating female senior from the Mellon College of Science with the greatest academic achievement and professional promise.

The Judith A. Resnik Award was created in 1990 in memory of Carnegie Mellon University alumna Judith A. Resnik, who served as a NASA astronaut and died in the 1986 Space Shuttle Challenger explosion. It is given each year to an exceptional senior woman graduating with an undergraduate technical course of study and planning to pursue graduate or professional training in a technical field.

“Rachel is the perfect embodiment of a Carnegie Mellon student,” Karen Stump, teaching professor and director of undergraduate studies and laboratories for the Department of Chemistry, wrote in nominating Motz for the awards. “Like the institution itself, her talents and interests span the arts and sciences.”

In the lab of Professor of Chemistry Stefan Bernhard, Motz has been focused on the overarching goal of producing hydrogen from water using light. To search for a cheaper and more earth-abundant cobalt catalyst for this process, Motz led a project that used a high-throughput, combinatorial process to study 646 possible catalysts for their photocatalytic water reduction ability. Motz published her work in the journal Inorganic Chemistry as first author, a rare feat for an undergraduate student.

In addition to her impressive work in the lab and the classroom, Motz kept a full schedule of extracurricular activities at Carnegie Mellon, playing in the Tartan Wind Ensemble and the university marching band, singing in the student a capella group Joyful Noise and being a buggy driver. As the COVID-19 pandemic affected her final semesters at Carnegie Mellon, Motz added even more to her plate through volunteering with the CMU Pantry to provide food to students and being a teaching assistant for a chemistry course.

“I kept myself pretty busy in college doing all the things I love, between band, buggy, a cappella, dance and, of course, chemistry,” Motz said. “It’s really gratifying for all my hard work to be acknowledged at the end of four years, and I’m honored to be chosen among my many high-achieving peers.” 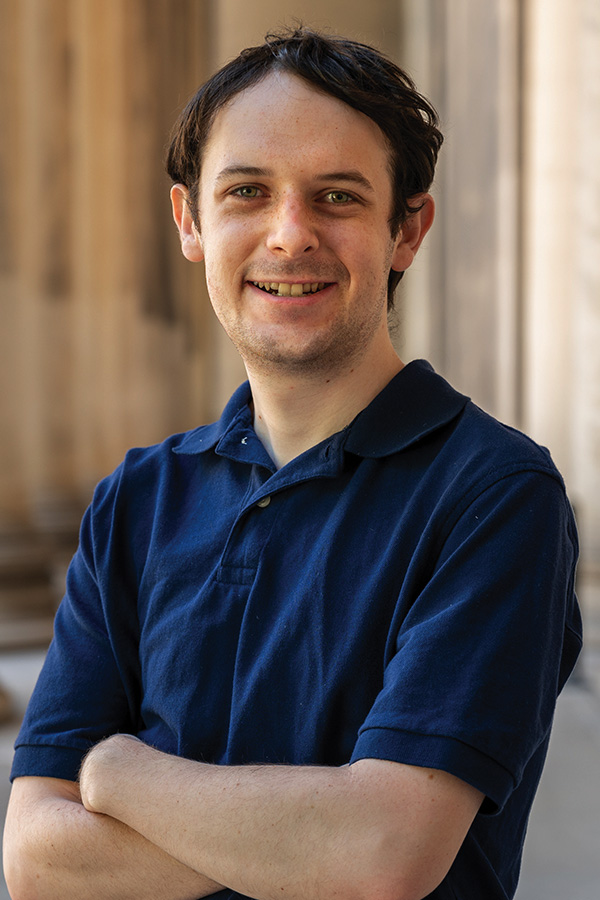 Warner is an exceptional scholar and remarkable student leader. He challenged himself academically, pursuing eight graduate courses in biology and chemistry and exploring advanced research experiences.

Working with Chemistry Professor Bruce Armitage, Warner designed a DNA nanosensor to detect cancer-associated microRNAs with high specificity and selectivity. He submitted his work for publication to the journal ACS Sensors and completed an honors thesis on the project.

A dedicated tutor and mentor, Warner helped others succeed as a supplemental instructor, EXCEL leader, peer tutor and teaching assistant for introductory physics and neuroscience courses.

Warner also helped make positive changes on campus as chair of the Committee on Academic Affairs in the Student Senate. He enacted measures to improve grading and course drop policies, access to online resources during the pandemic and diversity in academia. He also established funding to assist students with paying for supplies and software not covered by the university. 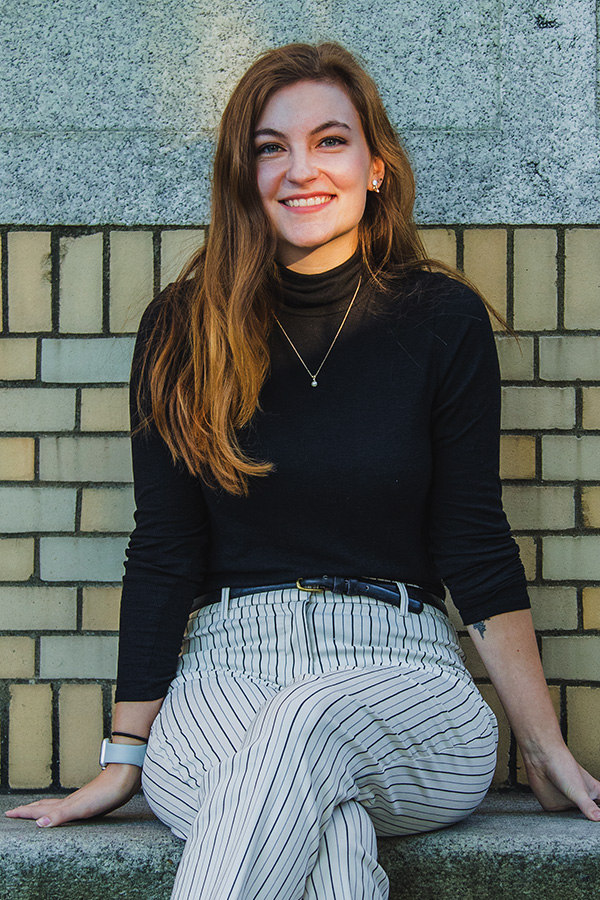 “I am incredibly honored,” Wolczanski said of receiving the award. “It feels very humbling to know that the work I have done in my leadership roles has made an impact.”
Wolczanski has impacted many young women with her leadership as president of CMU’s Delta Delta Delta sorority, even when she had to lead the chapter from afar during the COVID-19 pandemic.

One of the most meaningful moments from her presidency was emboldening her fellow sorority sister to be a successful leader of a student organization. The two had a thoughtful discussion about the difficulties of being a leader and how to take on those responsibilities.

“The discussion helped me realize that success as a leader isn’t always measured by the number of new initiatives that you can start. Rather, it’s about how you can help those around you and inspire them to grow. This is especially true for leaders of women,” said Wolczanski, noting the double standards women and women leaders often face.

“My goal was to show not only that women have the ability to be strong leaders but also that we belong in positions of leadership,” Wolczanski added.

This fall Wolczanski will enter MIT’s Ph.D. program in biology. She plans to pursue a career in the biomedical research industry to develop novel therapeutics for cancer treatments.