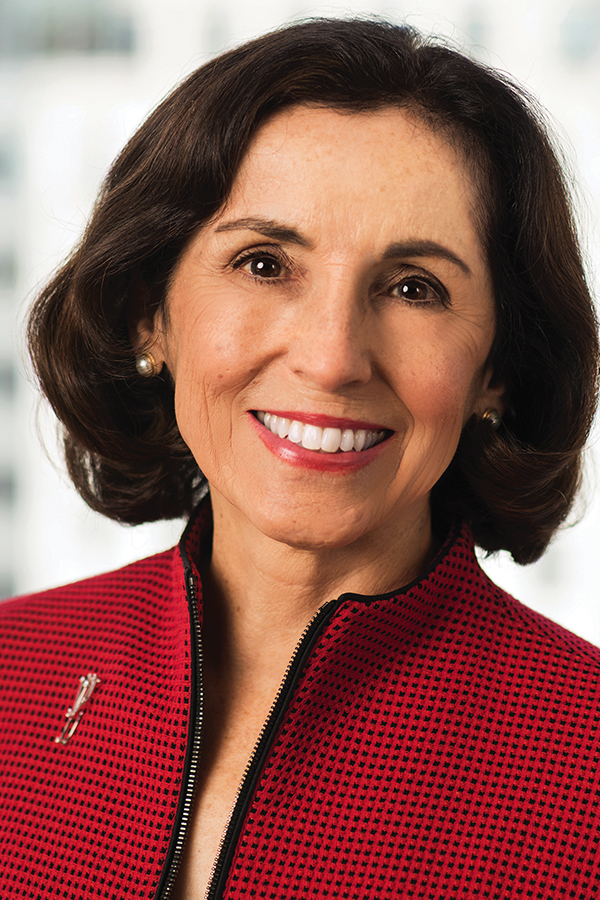 France A. Córdova, the former director of the National Science Foundation, was named an honorary Doctor of Science and Technology at Carnegie Mellon University’s 2021 commencement ceremony.

“France Córdova, you are a leader in science, engineering and education,” Provost James H. Garrett, Jr., said in introducing her. Prior to her six-year term as NSF director, Córdova led both Purdue University and the University of California, Riverside, and was the first woman and youngest person to ever serve as chief scientist of the National Aeronautics and Space Administration.

As a researcher, Córdova published more than 150 scientific papers in the fields of observational and experimental astrophysics, and served as co-principal investigator for a telescope experiment that is now aboard the European Space Agency satellite XMM-Newton.

In a recorded speech, Córdova shared the story of her “unusual path” in life with the new graduates, noting that she started out with an undergraduate degree in English and an interest in studying anthropology before ending up with a Ph.D. in physics. Along the way, she also took time to work on a project in education.

“In other words, my life has taken many turns, all inflection points at which I had to choose among different possibilities,” Córdova said. Ultimately, she said, what guided her was a drive to inquire, to sample and to “delve deeply into the why and how of things because I want to know how nature works.”

“I’ve felt enrichment and growth in every new possibility,” Córdova said. “Always, I felt that new worlds were opening before me.” The high points of her life always involved “finding something new,” she said, whether it be groundbreaking discoveries in her scientific work or travel to unfamiliar places such as Antarctica.

With your degrees from Carnegie Mellon, new worlds have just opened for you, too, Córdova told the graduates. She urged them to explore all the possibilities, stay committed to their goals and live a “life of action.”

“Above all, remember who you are, where you came from and what you represent to others,” Córdova concluded.