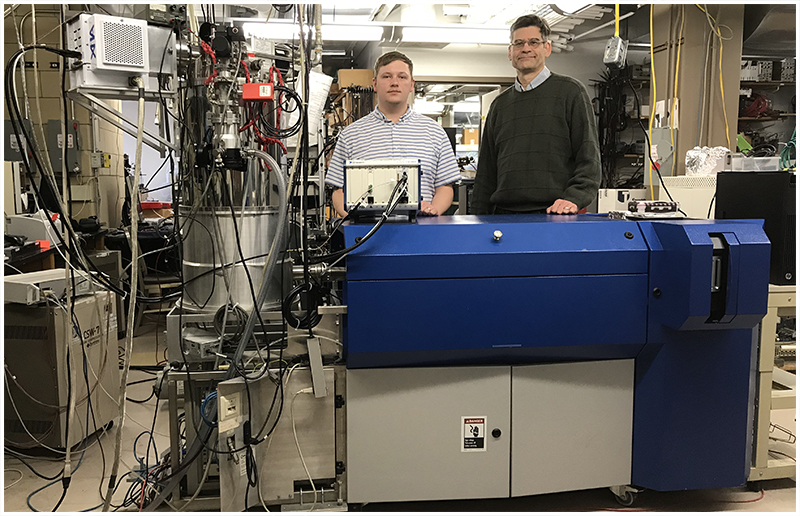 Commercially available mass spectrometers are able to accurately distinguish between molecules that differ by only a single atom in mass from a small molecule, but paradoxically to an outside observer, these devices struggle to detect the heaviest of molecules. This is because it’s difficult to accelerate these heavy particles to high enough velocities to generate the electron emissions necessary to calculate their mass-to-charge ratio.

Bier’s Superconducting Tunnel Junction Cryodetector resolves this problem. At supercooled temperatures, electrons within the detector’s array of surfaces form what are known as Cooper Pairs. These pairs are very loosely bound together, and so even a slow, heavy nanoparticle striking one of the detector’s surfaces is able to vibrate it just enough to break them up. The unbound electrons can then be measured.

A gene editing technique developed by Professor Danith Ly was the first such technique to cure a genetic condition in utero in a mouse model.

Their technique uses a FDA-approved nanoparticle to deliver peptide nucleic acid (PNA) molecules paired with donor DNA to the site of a genetic mutation. When the PNA-DNA complex identifies a designated mutation, the PNA molecule binds to the DNA and unzips its two strands. The donor DNA binds with the faulty DNA and spurs the cell’s DNA repair pathways into action, allowing it to correct the error.

In the recent study, published in Nature Communications, Ly and his collaborators at Yale used a technique similar to amniocentesis to inject the PNA complex into the amniotic fluid of pregnant mice whose fetuses carried a genetic mutation that causes beta thalassemia. One injection corrected six percent of the mutations and improved symptoms so dramatically that the mice were considered cured. 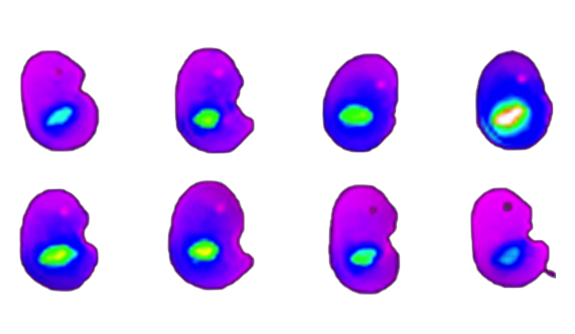 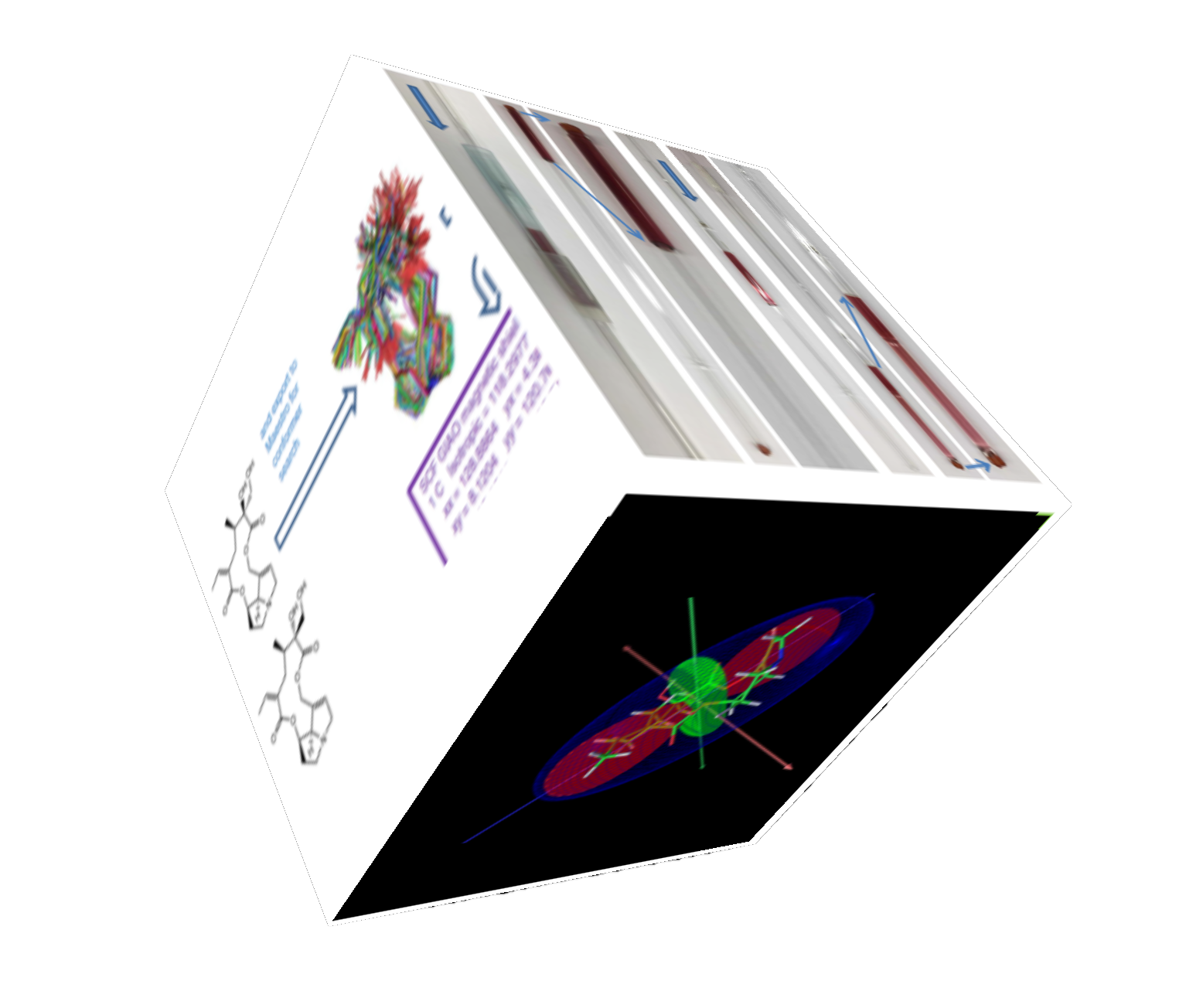 A “gamechanger” set of methods published in the journal Nature Protocols by a team, including Professor Roberto R. Gil, shows how nuclear magnetic resonance spectroscopy can unambiguously determine the three-dimensional structure of molecules.

“Twenty years ago, this was science fiction,” Gil said.

NMR spectroscopy uses radio waves and intense magnetic fields to determine the molecular structure of compounds. However, when it comes to complex flexible organic small molecules, the data obtained from conventional NMR analysis can often make it difficult to pin down the exact structure of the compounds.

To overcome this problem, Gil and others have worked to develop gels that swell in different organic solvents into which samples can be placed. When compressed or stretched, these gels help align the molecules relative to the axis of the magnetic field, providing additional structural parameters derived from the orientation of interatomic bonds and functional moieties within the molecule.

It takes a mere 33 atoms for a gold nanoparticle to transition between its nonmetallic and metallic states, according to new research from the lab of Professor Rongchao Jin.

Using size-focusing and transformation techniques previously developed by Jin’s lab, Ph.D. student Tatsuya Higaki and postdoctoral researcher Meng Zhou created precisely-sized gold nanoclusters’ and excited them using femtosecond laser pulses. They observed the nanoclusters optical properties using ultrafast spectroscopy, which took time-lapse snapshots of the electrons’ movements. From the excited state dynamics, they were able to see if the particles exhibited metallic or nonmetallic behaviors. They discovered that the transition between nonmetallic and metallic happened between gold clusters that contained 246 atoms and 279 atoms — a finding that goes against 50 years of theoretical predictions.

“A long standing, fundamental question in nanoscience is at what size the metallic state emerges,” said Jin. “It is surprising that a mere 33 gold atom difference causes the electronic-state transition.”

Their results were published in the Journal of the American Chemical Society. 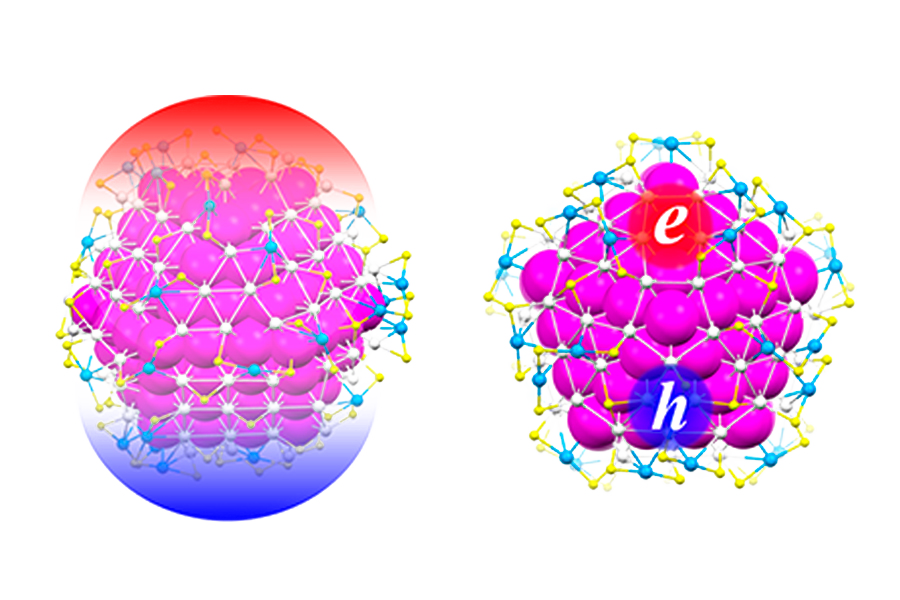 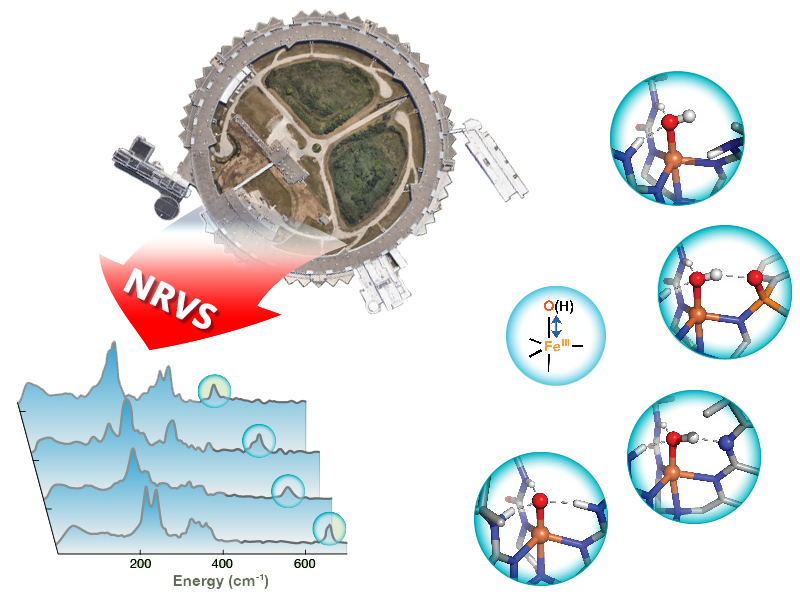 Carnegie Mellon chemists have demonstrated that nuclear resonance vibrational spectroscopy can be used to probe the hydrogen bonds that modulate the chemical reactivity of enzymes, catalysts and biomimetic complexes.

Assistant Professor Yisong Guo and colleagues used 57Fe nuclear resonance vibrational spectroscopy (NRVS), a newly developed synchrotron radiation-based technique, to detect the vibrational frequency of Fe-O and Fe-OH units of synthetic complexes that interact with the secondary coordination sphere through hydrogen bonds. Changes in the frequencies revealed valuable information about the bond strengths of these units and further provided a qualitative measure of hydrogen bond strength.

The technique could lead to the development of better catalysts for use in a wide range of fields. The findings were published as a “very important paper” in Angewandte Chemie.

J.C. Warner Professor of the Natural Sciences Krzysztof Matyjaszewski and colleagues developed a new, “oxygen-fueled” method of ATRP that defeats and exploits oxygen. The biocatalytic system uses glucose oxidase, horseradish peroxidase and an active copper catalyst complex that, when exposed to a glucose and acetylacetonate substrate, creates an enzymatic cascade. This cascade not only removes oxygen from the reaction but uses the oxygen to fuel the controlled polymerization process.

The method, published in Angewandte Chemie, will enable researchers to extend ATRP to sensitive biological systems and allow the process to be carried out under normal atmospheric conditions. 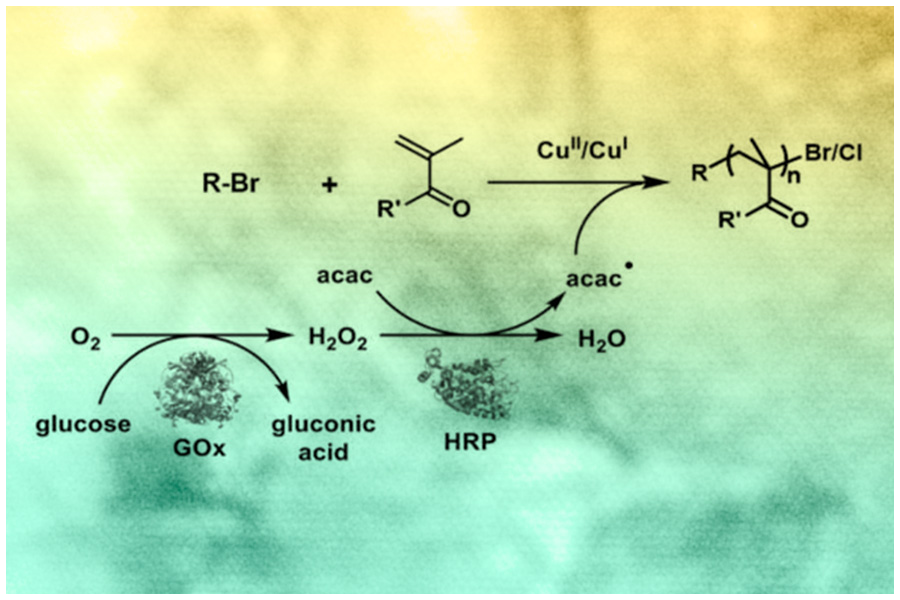