When Christina Cabana found out she was awarded the Gates Cambridge Scholarship, she rushed to tell her parents, forgetting that they were on a plane at the time and had to wait almost six hours to share the good news.

“I got ahold of them as soon as they touched down. My mom was so excited and started crying,” said Cabana, a recent chemistry and science and humanities scholars graduate. “All of a sudden, I heard everyone on the plane ask her if she was okay — they thought she was hyperventilating!”

Established in 2000 by the Bill and Melinda Gates Foundation, the Gates Cambridge Scholarship fully funds awardees’ postgraduate study at the University of Cambridge for the duration of their degree.

After graduating in May 2018, Cabana headed to England to pursue a one-year Masters of Philosophy in Chemistry at Cambridge.

In the winter of her junior year, Cabana attended an information session by the Carnegie Mellon Undergraduate Research Office about international scholarship opportunities and from there began her research to find a program of study.

“I knew that if I wanted to be a successful research professor it would be important for me to understand how research was conducted around the world, not just in the United States,” Cabana said.

“With other programs, I felt like I had to compromise my research interests, but Cambridge had just what I was looking for — a lab that looked at biological phenomena and their connections to cancer on the molecular level.”

Cabana’s research interests lie in the field of cancer pharmacology, which seeks to understand and quantify the ways small molecules and drug compounds interact with pathways and mechanisms in the human body to augment or diminish the progression of the disease.

As part of her program, Cabana is working in Professor Sir Shankar Balasubramanian’s laboratories, which are based in the University of Cambridge’s Department of Chemistry and the Cancer Research U.K. Cambridge Institute. Cabana is excited to build upon her skills in researching the epigenetic processes that contribute to cancer over the course of her year abroad.

“Gates Cambridge is highly competitive and is looking for that exceptional researcher who is going to make important contributions in the future. Christina is just that researcher, and her work has enormous potential to advance medical science,” said Richelle Bernazzoli, assistant director of undergraduate research, who worked closely with Cabana through both the Goldwater and Gates Cambridge application processes.

Following her year abroad, Cabana plans to pursue a Ph.D. in chemical or molecular biology and aspires to lead a research group in cancer pharmacology and teach at the university level.

“Creating more widely effective cancer immunotherapy is the big problem that I want to solve,” she said.

Cabana is the third student from Carnegie Mellon to win a Gates Cambridge Scholarship. Tomer Reiter, a Mellon College of Science graduate, received the award in 2015, and Scott Kaufman, a 2003 graduate of the Dietrich College of Humanities and Social Sciences, was selected in 2004. 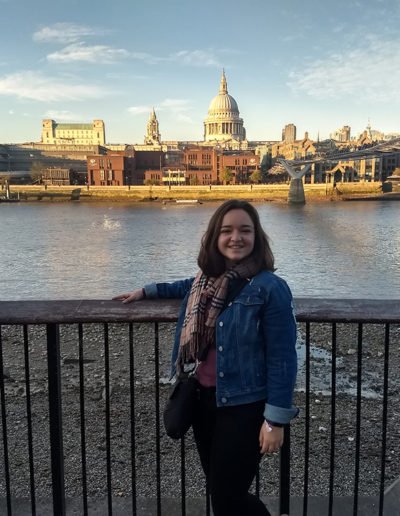 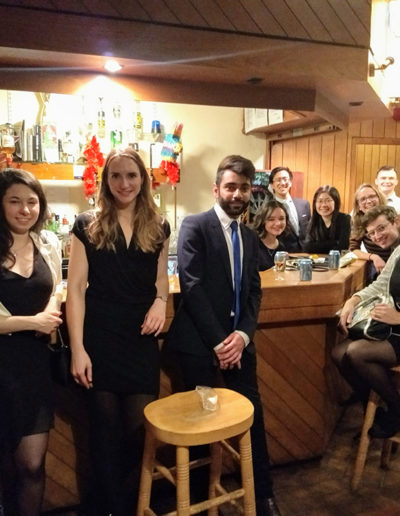 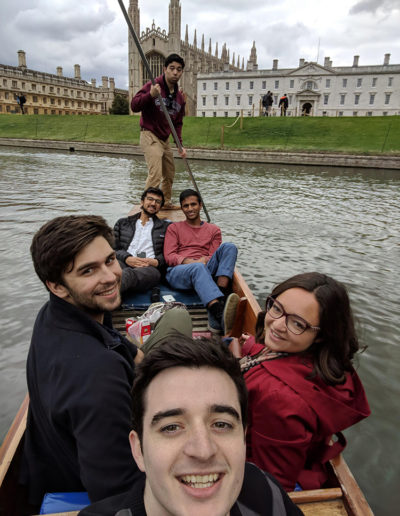 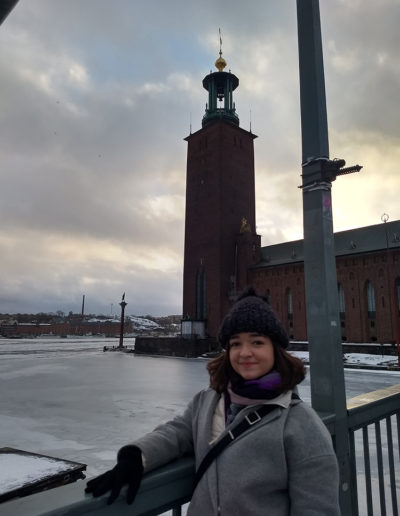 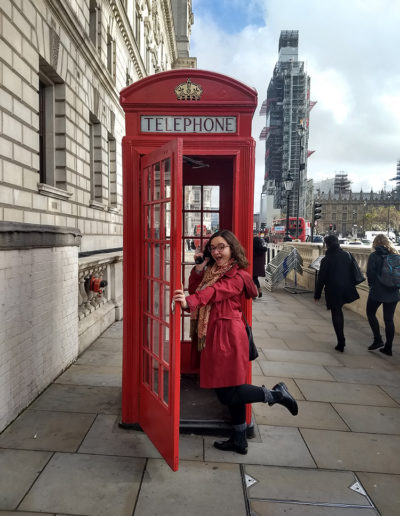 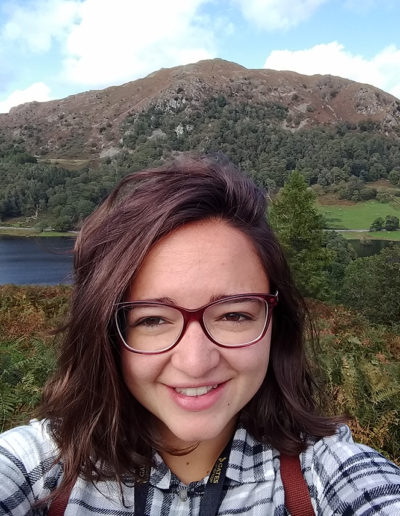 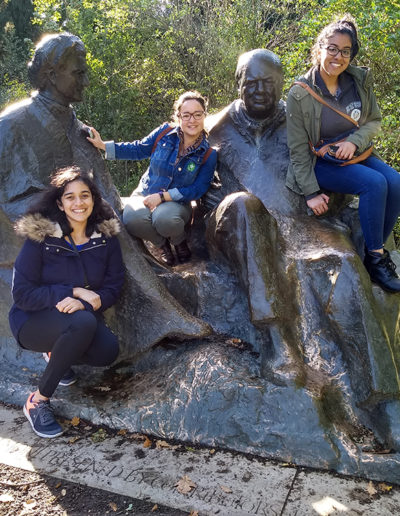 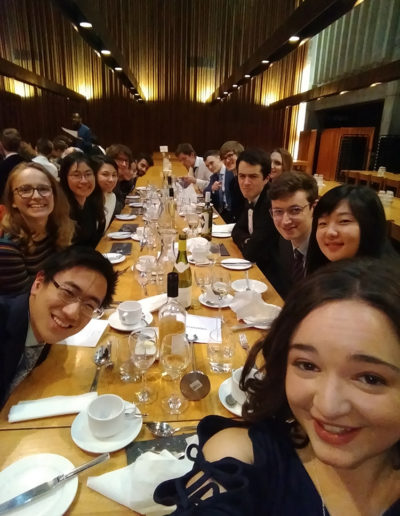 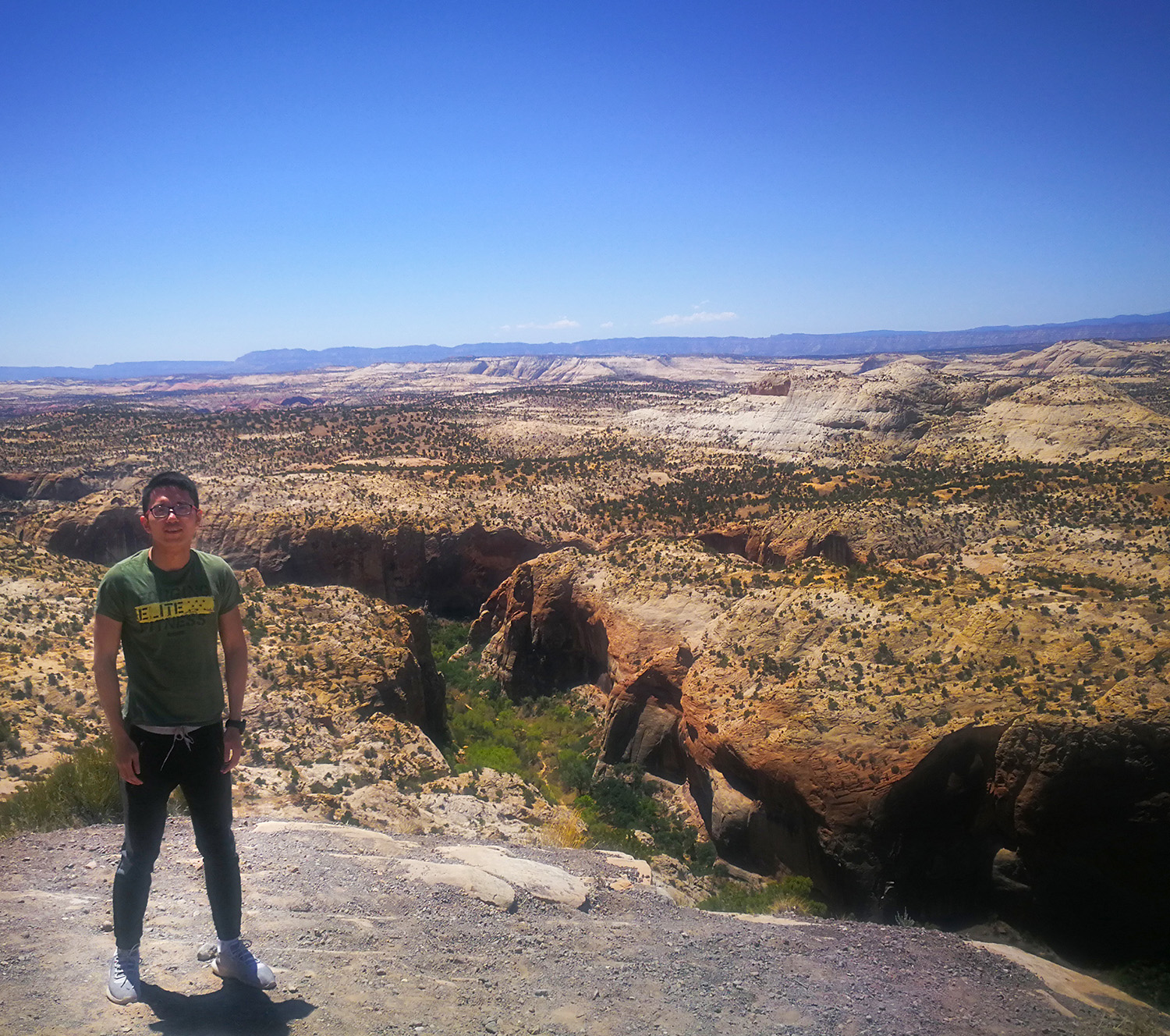 As a Ph.D. candidate, Qi Li (S 2019) received the Bright Futures Student Award from the International Precious Metals Institute for his work on gold nanoparticles. The $5,000 prize sponsored by the Gero Family Trust was presented at the institute’s 2018 conference in Texas.

“My research mainly focuses on the atomic-structure tailoring of a 23-gold-atom nanoparticle, and then modulating and optimizing its properties,” Li said. Last year, Li published a study in the journal Science Advances demonstrating the first instance of site-specific surgery on a nanoparticle. “This work constitutes a major step toward the development of atomically precise, versatile nanochemistry for the precise tailoring of the nanoparticle structure to control its physical properties,” Li said.

Li, who works in the lab of Chemistry Professor Rongchao Jin, also has researched different models of “doping” gold nanoparticles, a process where a small amount of another metal is added to the nanoparticle. “This series of work demonstrates the intriguing chemistry of doping for tailoring the atomic-structures and properties of ultrasmall metal nanoparticles,” Li noted.

Chemistry Ph.D. candidate Zoe Wright received the Best Presentation Award at the International Symposium on Biorelated Polymers: Innovation in Biomedical Polymers during the 255th American Chemical Society National Meeting and Exposition. Wright was picked by a panel of judges for her presentation titled “Hydrolysis-Driven Drug Delivery and Tunable Adhesive Properties: Bioactive Medical Adhesives.” The prize, sponsored by Polymer International, comes with a book credit from Wiley.

“My research focuses on synthesizing new methacrylate-based monomers to act as additives to existing medical adhesives.” These new monomers contain small-molecule therapeutic drugs such as ibuprofen or acetaminophen, or agents that can stimulate bone healing.

“Based on the type of drug we select for the adhesive and the release profile we choose via the covalent tether, we can design adhesives to actively guide wound healing,” Wright said.

“These monomers also can be ‘tuned’ to have the same physical properties as the adhesive they’re added to,” Wright said, whether soft like skin or rigid like bone. “We hope that this tunability, combined with their bio-instructive, therapeutic potential, could make my adhesives an effective replacement for ‘medical hardware’ like stitches, staples and metallic bone screws.” 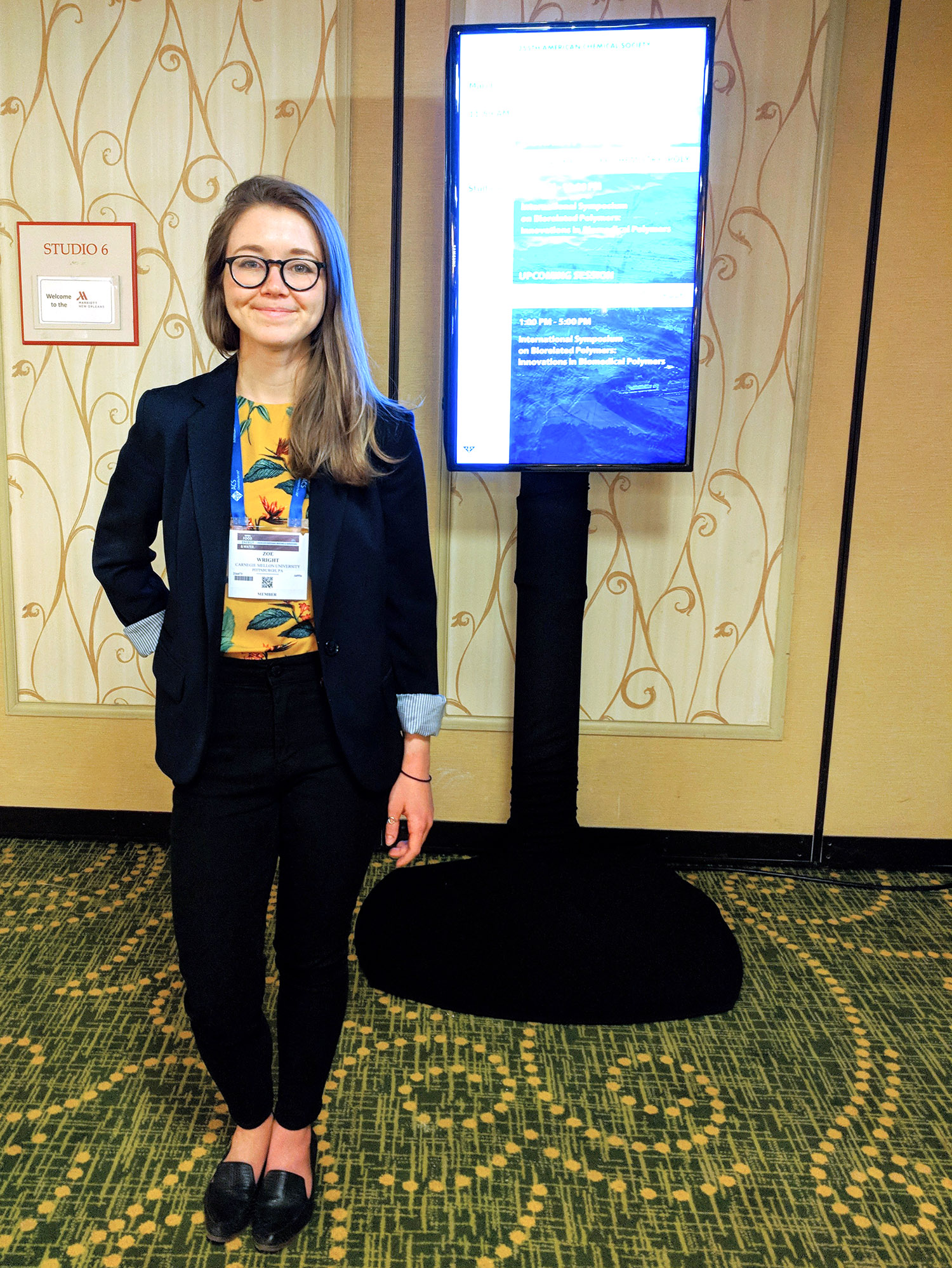