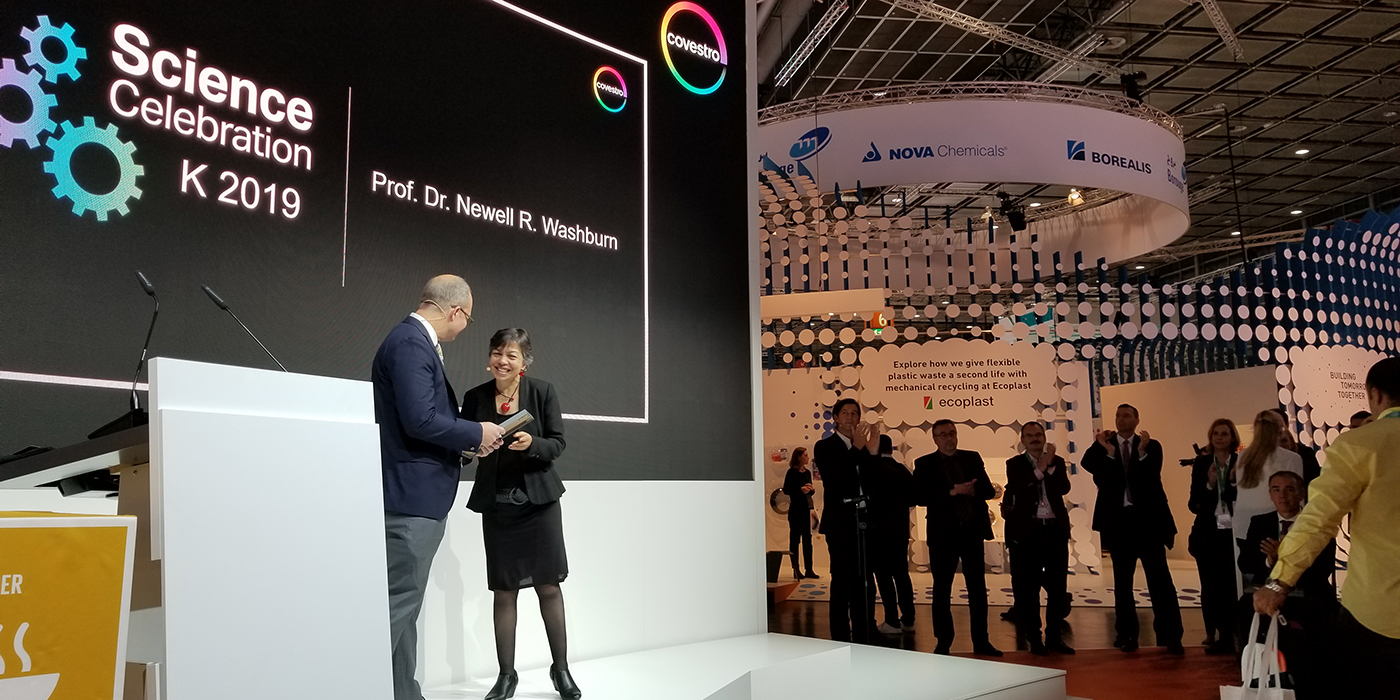 Washburn was singled out for his hierarchical machine learning approach for developing polyurethane elastomers, foams and coatings. Developed in collaboration with a Carnegie Mellon computer scientist, the technique leverages data analytics and simulation to more quickly determine formulations that meet customer requirements. Washburn is working closely with Covestro to optimize this novel approach. 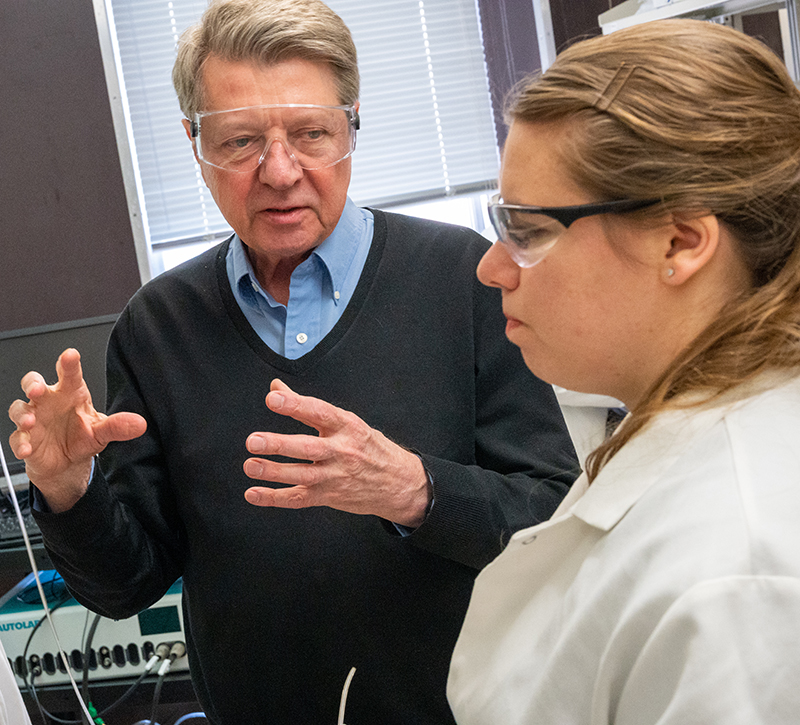 Krzysztof Matyjaszewski, J.C. Warner University Professor of the Natural Sciences, was elected to the National Academy of Sciences (NAS), one of the highest honors a scientist can receive.

He is one of 100 new members and 25 foreign associates to be recognized by the NAS in 2019 for distinguished and continuing achievements in original research.

Matyjaszewski is world renowned for his discovery of atom transfer radical polymerization (ATRP), one of the most effective and widely used methods of controlled radical polymerization. ATRP has allowed for the creation of a wide range of materials with highly specific, tailored functionalities, including “smart” materials.

Since discovering ATRP at Carnegie Mellon in 1995, Matyjaszewski has worked to improve the process by making it more efficient and environmentally friendly and extend its reach to a wide range of fields, including engineering, medicine and materials science. He has also hosted annual consortiums at Carnegie Mellon’s Pittsburgh campus where he teaches ATRP concepts and techniques to academic and industry researchers. As a result, Matyjaszewski’s work has been licensed to companies worldwide, and he has been cited in the scientific literature more than 104,000 times, making him one of the most cited chemists in the world.

Matyjaszewski is also one of the leading educators in the field of polymer chemistry, having mentored more than 200 undergraduate, graduate and postdoctoral fellows since joining the Department of Chemistry faculty in 1985. 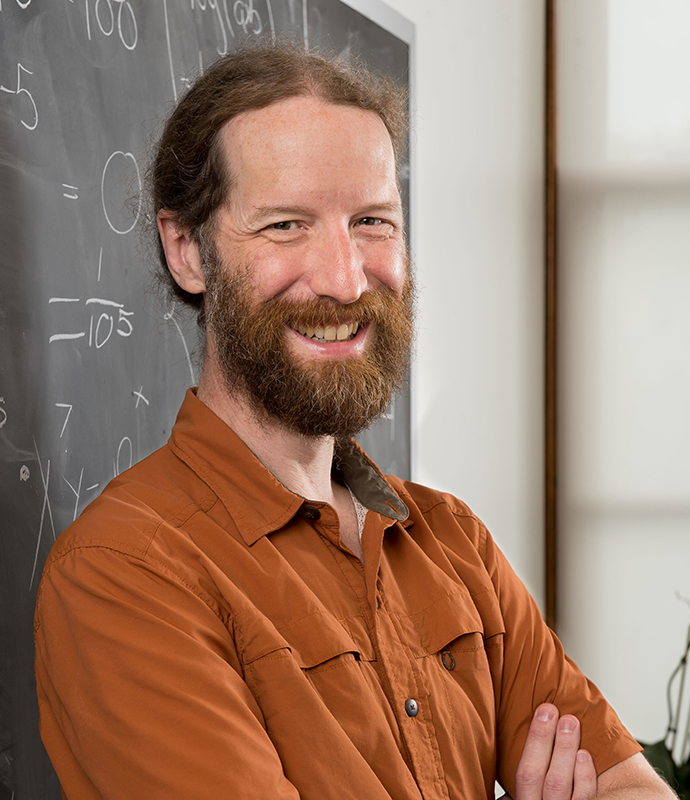 Atmospheric Chemist Neil Donahue was elevated to the rank of University Professor, the highest distinction a faculty member can achieve at CMU.

“University Professors are distinguished by international recognition and for their contributions to education, artistic creativity and/or research,” said Provost Jim Garrett. “Each University Professor exemplifies a high level of professional achievement and an exceptional commitment to academic excellence at our university.”

Garrett said the professors were nominated and recommended by academic leaders and faculty who themselves have achieved the designation of University Professor.

Donahue is Lord Professor of Chemistry in the Department of Chemistry and a professor in the departments of Chemical Engineering and Engineering and Public Policy. He also serves as director of CMU’s Steinbrenner Institute for Environmental Education and Research, which promotes collaboration between the university’s environmental research centers.

His research group focuses on the behavior of organic compounds in the Earth’s atmosphere and what happens to compounds from both natural sources and human activity when they are emitted into the atmosphere. More recently, his research has focused on the origin and transformations of very small organic particles, which play a critical role in climate change and human health.

Donahue is a member of numerous professional societies, a fellow of the American Geophysical Union and an editor for several academic journals.

“This is a huge honor and I am truly delighted,” Donahue said. “It represents recognition by my peers at CMU, who I hold in the highest regard, and it also is an individual honor that more accurately applies to our Center for Atmospheric Particle Studies, which is made up of the most incredible group of colleagues — students and faculty — I could ever wish for.” 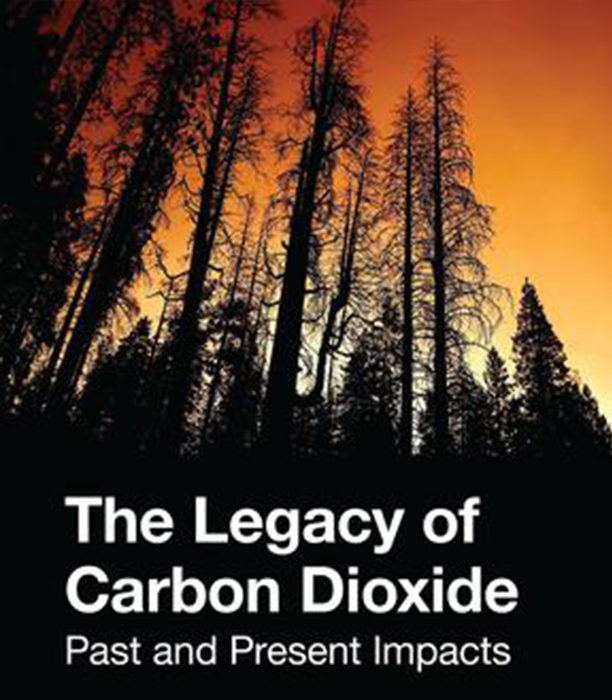 “The sphinx, Apollo 13, the White Cliffs of Dover, mass extinctions, stomach acid and killer lakes in Africa: what do these all have in common? It is the legacy of carbon dioxide.” So begins a new book about the familiar gaseous compound by Chemistry Professor Emeritus Paul J. Karol. In “The Legacy of Carbon Dioxide: Past and Present Impacts,” Karol examines the chemical origins of carbon dioxide in the stars, its properties and how the gas has affected Earth’s atmosphere over billions of years.

Karol retired in 2012 after 43 years as a member of the Mellon College of Science faculty. 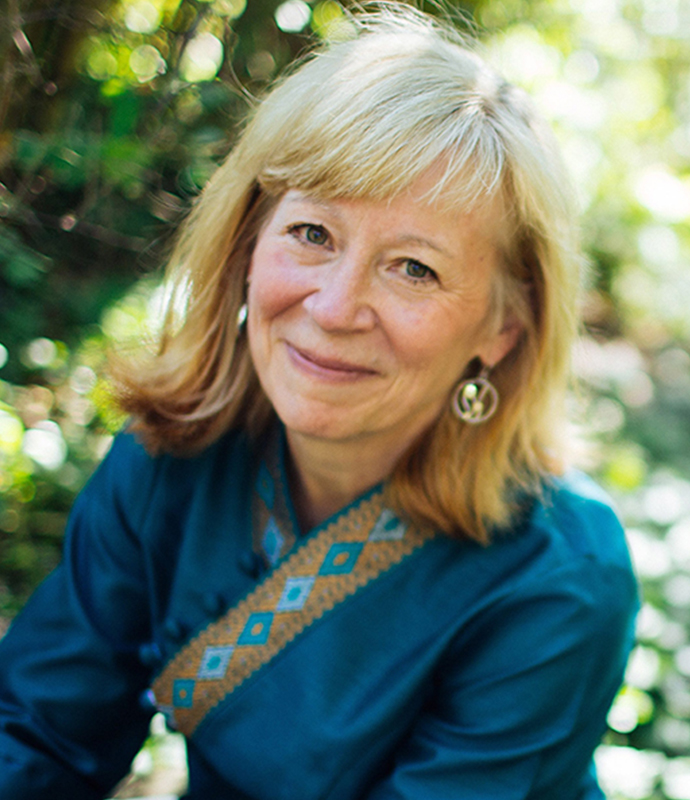 Carnegie Mellon University awarded its Dickson Prize in Science to Geraldine Richmond, a chemist and advocate for women in science. Richmond is the Presidential Chair in Science and a professor of chemistry at the University of Oregon.

Her research focuses on the complex chemical interactions that happen at the surfaces of liquids. Among other areas, this behavior has important implications for cleaning oil spills and knowing how toxins can spread in the environment.

Outside of her research, Richmond founded COACh, an organization seeking to increase participation and leadership by women in science. 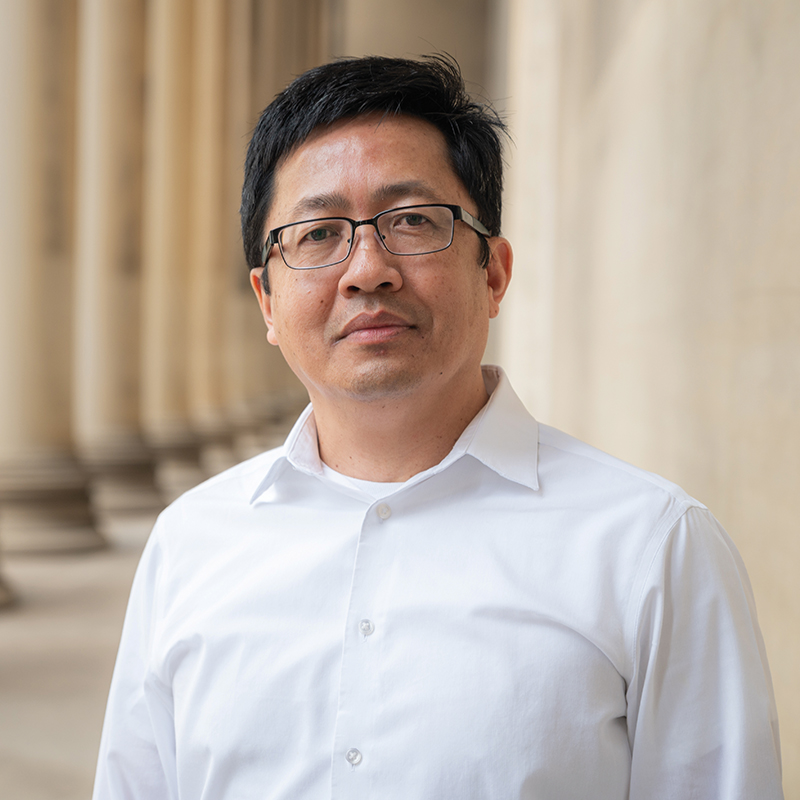 About ten years ago, Chemistry Professor Danith Ly decided that he had one goal for his research: to change the world for the better. He knew to do that, he would have to take big risks.

“It was quite possible that I’d fail,” said Ly, who directs the Institute for Biomedical Design and Discovery. “But it was worth taking that leap to have a chance to improve people’s lives.”

Ly’s risks are certainly paying off. This year he has had multiple successes that are bringing his work, which centers around the development of synthetic nucleic acids called peptide nucleic acids (PNAs), closer to improving the health and survival of people with genetic disorders and cancer.

With the support of the DSF Charitable Foundation, Ly developed Janus bases, a set of bivalent nucleic acid recognition elements that can bind to any possible combination found in the genetic code. He incorporated these bases into a PNA molecule that can enter DNA and RNA’s double helices, search for detrimental sequences and bind to each of the two strands of genetic material to prevent the gene from malfunctioning.

The technology was named a Top Innovation of 2019 by The Scientist magazine. NeuBase Therapeutics is developing Janus bases as a novel molecular platform for RNA-targeting drugs that silence or alter the expression of genes for the treatment of rare genetic diseases, including neurological diseases and muscular dystrophies. Ly serves as Neubase’s Chief Scientific Officer and Mellon College of Science alumnus Dietrich Stephan is the company’s CEO

Ly also received a $1 million Moonshot Grant from the DSF Charitable Foundation’s block grant program at MCS to develop an integrated molecular circuit that will reprogram and redirect the immune system to fight cancer. Working with Chemistry Professors Bruce Armitage and Marcel Bruchez, Ly is creating an integrated molecular circuit that connects a T-cell or natural killer cell to a disease-specific antigen using a nucleic acid recognition element that acts as a universal adapter. The adapter can be activated or deactivated chemically, allowing it to act as a transistor that can better control what and when the immune cells attack.

Last fall, Ly and his collaborators at Yale received a grant from the National Institutes of Health’s Somatic Cell Genome Editing Program to further develop their PNA-based gene editing technique. Their technique offers an alternative to CRISPR-Cas9 and has been used to cure mouse models of the genetic blood disorder beta thalassemia. The NIH grant will move their research closer to clinical trials and Ly closer to his ultimate goal of getting his work to the patients who will benefit from his discoveries.