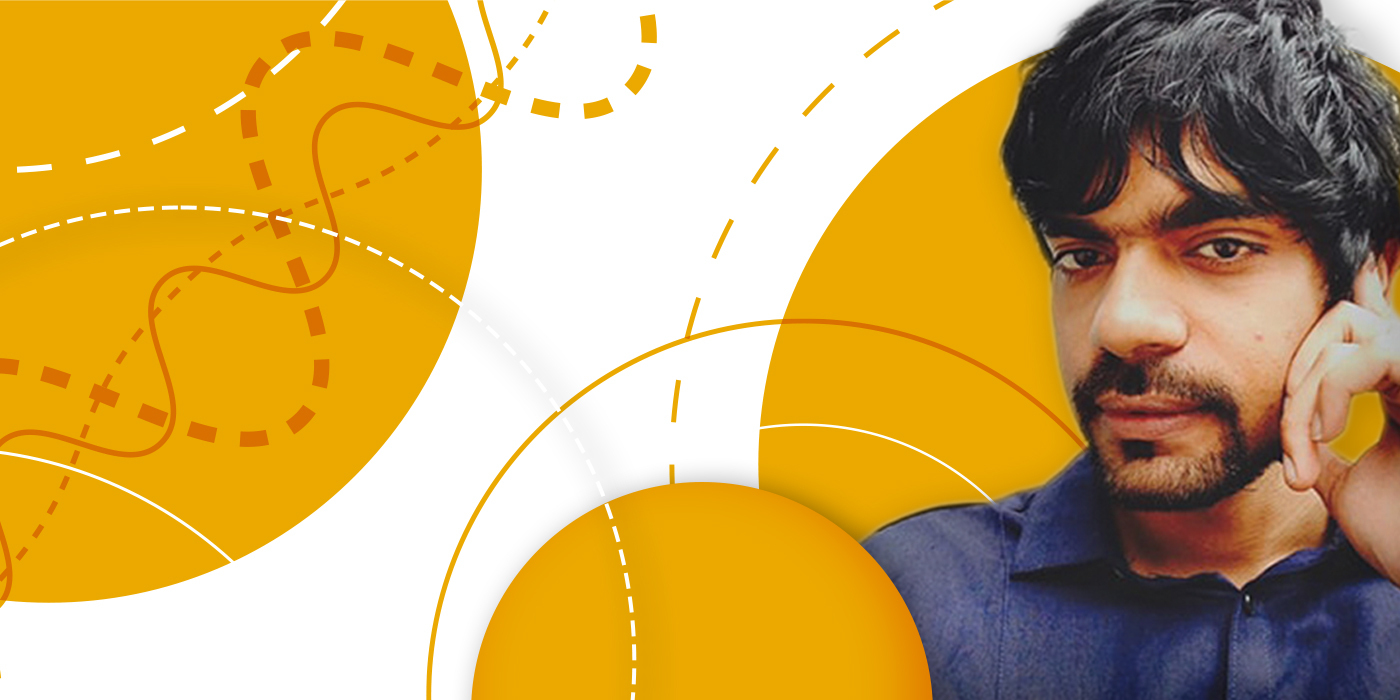 Assistant Professor of Physics Shiladitya Banerjee has received a Maximizing Investigators’ Research Award (MIRA) from the National Institutes of Health to support his research on biophysical models and mechanisms of cellular adaptation to environmental stress. The award will fund the Banerjee research group over five years with ~ $1.6 million.

“We want to uncover the mechanisms by which living organisms and cells respond to dynamic changes and stresses in their environment,” Banerjee said of his work, which focuses on building theoretical and computational models of living systems.

In research published this year in the journal Nature Physics, Banerjee studied how bacterial growth and morphologies evolve over multiple generations in response to different doses of antibiotics. With theoretical modeling and single-cell experiments, he and his collaborators concluded that changes in bacterial cell size, shape and mechanical properties enabled bacteria to grow more resilient to antibiotics.

In this project, Banerjee plans to extend this line of inquiry to other model organisms to observe and model how they adapt to changing nutrient, temperature or antibiotic conditions. Along with bacteria, Banerjee will seek to study the embryos of worms and other living things to better understand how they can survive stressful conditions in a state of dormancy. 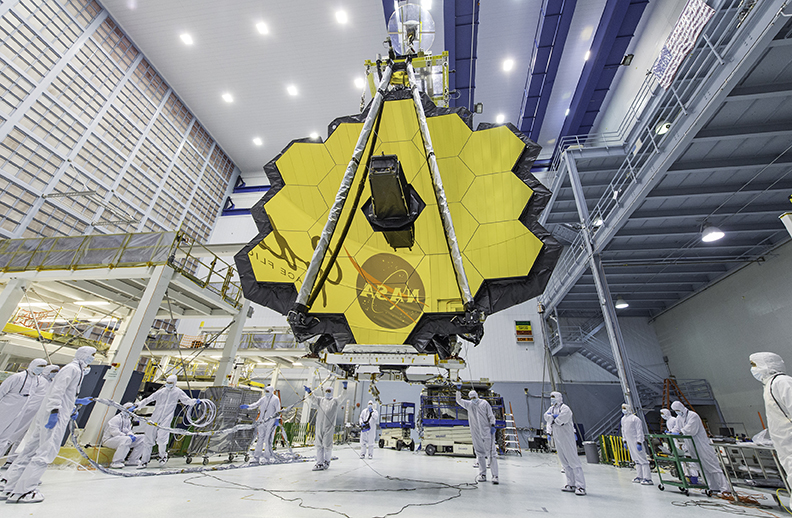 The much-anticipated launch of the James Webb Space Telescope this fall will usher in a new era of research on our universe. Among the many researchers planning to take advantage of the data from the Hubble Space Telescope’s successor is Associate Professor of Physics Matthew Walker, who is principal investigator of a newly approved program making use of data collected in telescope’s first year of operation.

“The top-level science goal is to learn about the nature of dark matter,” Walker explained. This theoretical form of matter has never been directly detected but is estimated to comprise most of the matter in the universe. Various theories have arisen about the form dark matter takes, with the currently dominant cold dark matter theory predicting that it exists in clumps called halos with small basic units, as opposed to galaxy-sized agglomerations.

These lower-mass collections of dark matter don’t have stars in them, making them difficult to detect and observe. Two tests have been devised so far to seek out sub-galactic dark matter halos, Walker explained, but both have so far produced inconclusive results.

“That means if a sub-galactic dark matter halo zips through the neighborhood, its gravitational effects can be more than sufficient to destroy this wide binary system,” Walker said.

Walker and his team are setting out to examine the data from the James Webb Space Telescope and see if any wide binary star systems exist in dwarf galaxies, which are expected to be dense in dark matter. If they’re found, then their very existence would make the cold dark matter theory more unlikely.

“Nobody has been able to say one way or another whether wide binaries exist in the dwarf galaxies for lack of adequate instrumentation,” Walker said. “That is where the James Webb Space Telescope will open a new window.” 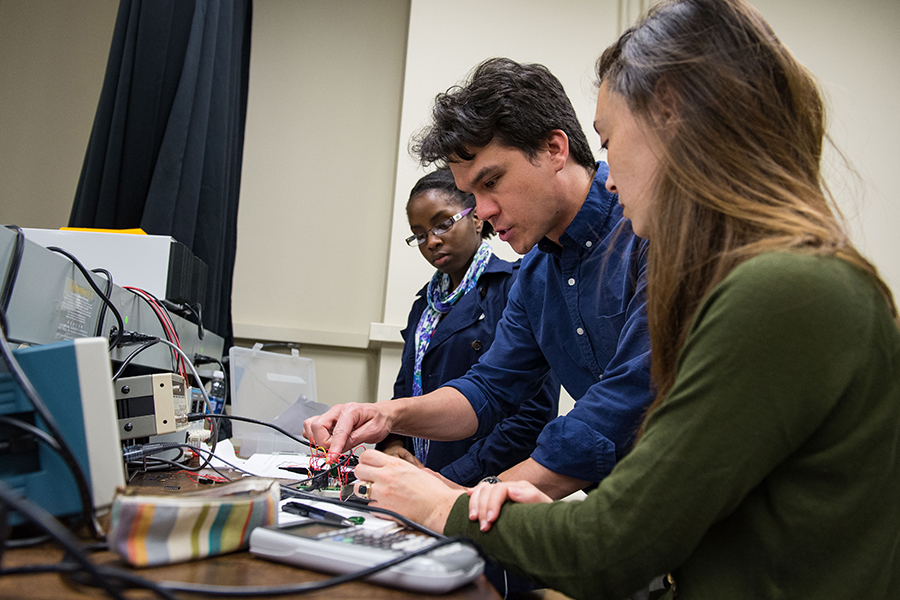 Associate Professor of Physics Ben Hunt is part of a team of physicists that have received a three-year, $3.9 million grant from the Department of Energy to study an innovative quantum simulator.

“It’s an artificial system that’s purpose is to simulate naturally occurring quantum systems,” Hunt said of the van der Waals Reprogrammable Quantum Simulator that he and his collaborators will be researching.

“We know that they do amazing things, but there are outstanding, 30-year problems in physics that we have not been able to capture theoretically,” Hunt said of these naturally occurring quantum systems, because the systems are far too complex to be simulated on paper or classical computers.

“There’s such a mind-boggling number of electrons, all of which are interacting with one another,” Hunt said of the naturally occurring systems. “You can’t do that simulation on a classical computer — the computing power required is too great.”

But with a quantum simulator, Hunt noted, physicists would be able to model these quantum systems and then manipulate the simulations in different ways to better understand how they work.
The role of Hunt’s team at Carnegie Mellon University involves designing and building artificial materials for these proposed quantum simulators. As part of the collaboration, Hunt specifically will combine his laboratory’s expertise in two-dimensional materials with that of Jeremy Levy of the University of Pittsburgh, who has extensively studied a two-dimensional system comprising lanthanum aluminate and strontium titanate (LAO/STO). This system is able to be programmed to be conductive or insulative in certain patterns simply by exposing it to an electron beam.

“That kind of control allows you to simulate the types of problems that we want to solve in nature that we can’t do on classical computers,” Hunt said. 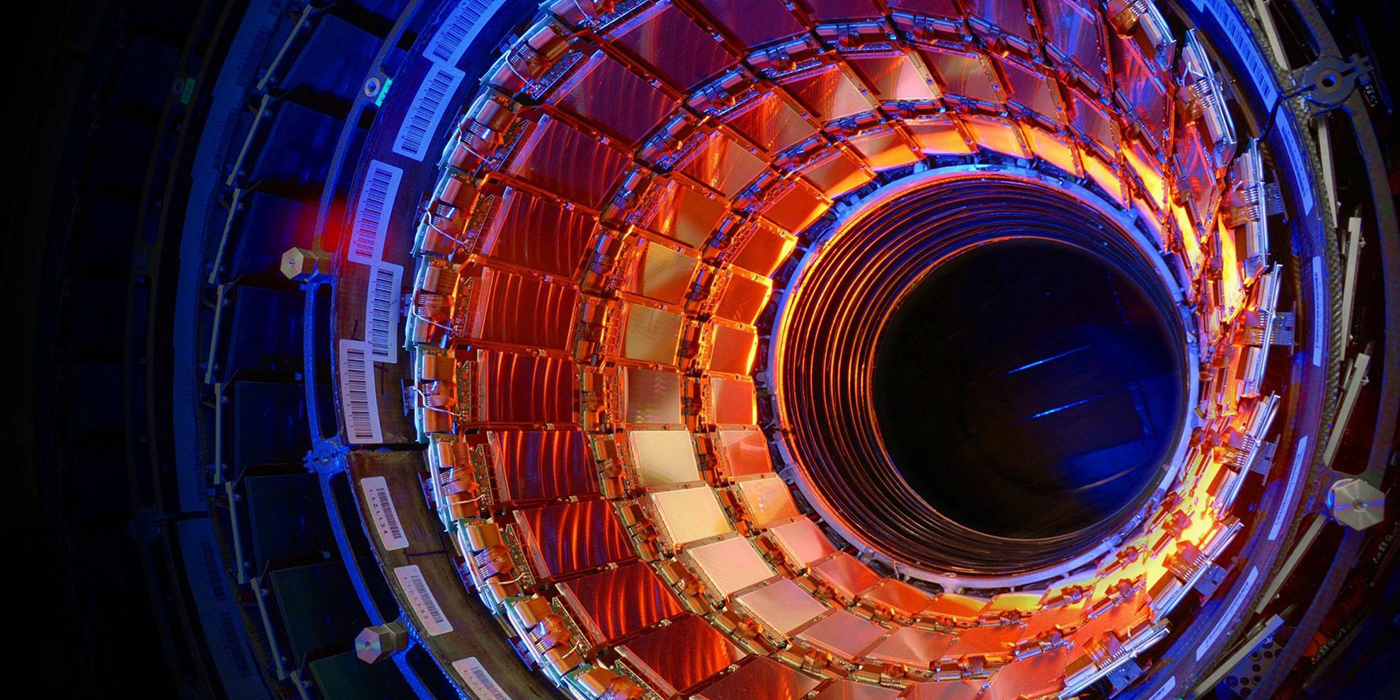 Assistant Professor of Physics John Alison’s research is devoted to studying a particle that’s nearly impossible to observe yet fundamental to the physics of the universe — the Higgs boson.
“This particle is very special in many ways, and there are deep mysteries in all the ways that make it special,” Alison said.

For the past 50 years, physicists have relied on an overarching theory to describe the complex interactions between subatomic particles that drive most of the fundamental forces in our universe. This Standard Model works remarkably well in describing and predicting a lot of what scientists have observed on Earth and elsewhere, Alison said, but it’s far from perfect.

“We have this theory that, on one hand, is obviously correct,” Alison said. “However, at the same time, it’s obviously wrong in some ways. It doesn’t naturally predict the world we see at all.”

“We think that this Higgs particle, which was in many ways the last missing piece of the Standard Model, is also a window to what lies beyond,” Alison said, including, hopefully, explanations for the big missing pieces.

In recent decades, the construction of the Large Hadron Collider (LHC) in Europe has allowed physicists to make fleeting glimpses of the elusive Higgs boson. What makes the particle so difficult to study, Alison noted, is the fact that it decays almost immediately into other particles after it’s produced, namely what are called b quarks.

“To study the Higgs, you really need to identify b quarks, because that’s what you see in the detector,” Alison said.

After years of working on collaborations at CERN, this year, Alison was named the convenor of the group charged with identifying b quarks in the LHC’s Compact Muon Solenoid detector.
With a team of roughly 50 physicists, Alison is working to develop algorithms that can best sort b quarks out of the many quarks produced by the LHC’s collisions. This involves comparing the performance of the algorithms against simulations and real-world experiments and calibrating them based on their findings.

“This is the flagship example of where machine learning and deep learning have transformed the field of particle physics,” Alison said.

Another major part of Alison’s work at CERN involves designing the “triggers” used on the LHC – algorithms that run in real-time and decide which events end up getting recorded.

“Most of the data that the LHC provides, we can’t afford to save to disk,” Alison explained, noting the accelerator provides collisions at a rate of 40 million per second, but CERN’s researchers can record only about 1,000 collisions per second. “We have to throw away almost all of the data that we get.”

These triggers are especially important in studying the Higgs boson because of the rarity of the particle — physicists need to collide about 1 billion particles to produce one Higgs boson. Thus, researchers at CERN need to rely on triggers that can accurately identify the rare b quarks in real time and save them while discarding the unnecessary data.

“Machine learning is so important to this role,” Alison concluded.