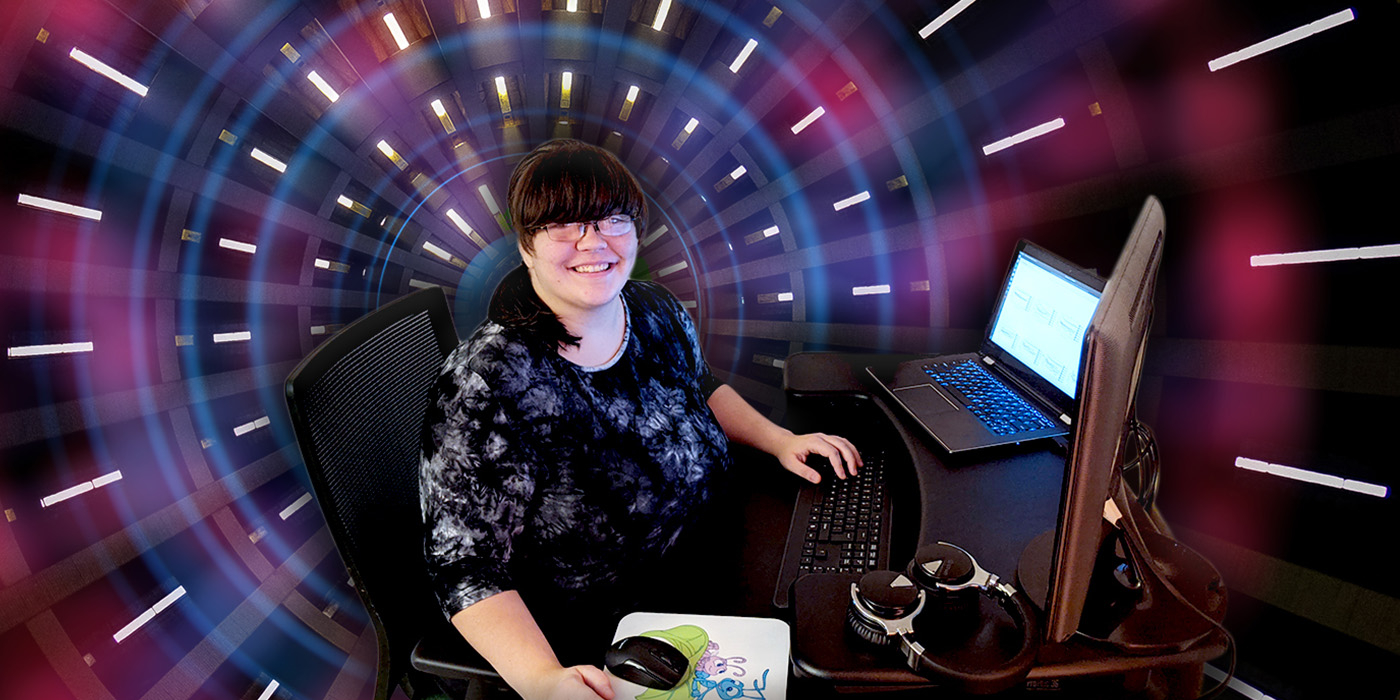 For Becca Rapp, choosing Carnegie Mellon University for graduate school was a homecoming.

Her Tartan roots go back to childhood, when she attended the Carnegie Mellon Institute for Talented Elementary and Secondary Students (C-MITES) summer program. Today, she holds a master’s degree in physics from the Mellon College of Science and is working toward her Ph.D.

“When I visited campus, I was immediately immersed again in the supportive, engaging and welcoming community I had experienced as a child,” she said. “I was coming full circle, and I was excited for the possibilities and opportunities CMU had to offer.”

Last year, nearly 2,200 members of the Tartan community contributed to scholarships and fellowships, providing critical resources for students like Rapp to pursue life-changing experiences at CMU.

As a J. Michael McQuade Presidential Fellow in Physics, Rapp is making the most of her CMU education. Thanks to the fellowship’s stipend, she’s had the freedom to pursue meaningful professional development opportunities. Devoting time to research and diversity initiatives has helped her overcome the mental barrier of seeing herself as a scientist.

“Fellowship support invested in my future and gave me the opportunity to become a scientist that would’ve inspired my younger self,” Rapp said. “It’s a very cool feeling!”

During her time at CMU, Rapp has fallen in love with researching what she describes as “the absolute weirdest particle” she’s ever encountered — the neutrino.

In fall 2020, Rapp was selected for the U.S. Department of Energy’s (DOE) Office of Science Graduate Student Research Program. She had the chance to complete a six-month stay at Oak Ridge National Laboratory in Tennessee, where she collaborated with a CMU faculty member and DOE scientist on her thesis research.

“The more I learn, the more I see the connections of physics to practically every other discipline. As someone who has trouble deciding what to have for dinner, being able to study how everything works for the rest of my life is awesome.”

“I want to be a part of conversations about why physics is important, to help potential students find the confidence to pursue a physics career in whatever form they choose, and to share my passion for this field with as many people as possible.”

Rapp has been recognized for her commitment to educating the next generation of scientists. She received the Hugh Young Graduate Student Teaching Award in 2020.

“I want to be a part of conversations about why physics is important, to help potential students find the confidence to pursue a physics career in whatever form they choose, and to share my passion for this field with as many people as possible,” she said.

Rapp also helped bring the national Conference for Undergraduate Women in Physics to CMU in January 2020.

“It was inspiring to see so many people coming together with the common goal of supporting women and gender minorities in physics,” Rapp said. “The CMU community is always striving to be better than it was yesterday, and it has been a great place for me to grow.”

In the future, Rapp plans to continue conducting research and teaching. While she hopes to become a university professor someday, she also recognizes that many professional options are available to her — in higher education, policy, science communications and other fields.

“As a CMU student, I’ve had the chance to network with representatives from a multitude of career paths and build confidence in the skills I can market to future employers,” she said. “I feel prepared for whatever path I’ll take to accomplish my goals.” 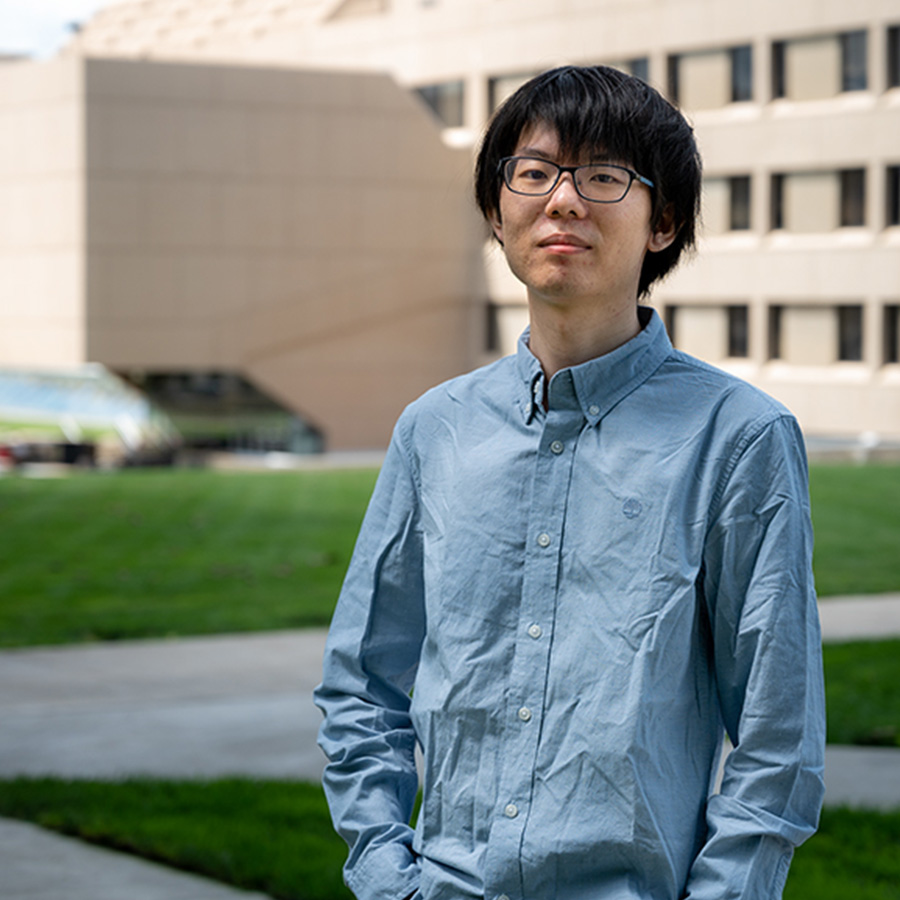 “Our research is to measure how the Higgs boson interacts with W and Z bosons using the proton-proton collision data collected by the CMS detector on the Large Hadron Collider,” Liu said of his work in the lab of Assistant Professor of Physics John Alison.

Through a process called VHH production Liu seeks to measure the interaction strength between the bosons.

If there is a discrepancy between our result and the Standard Model prediction, we may be able to find a clue to a new physics theory,” he said, such as an unconfirmed new particle.

After spending time as a professor and provost at Washington University of St. Louis, where he conducted research that contributed to the rise of magnetic resonance imaging, Pake served as the founding director of Xerox Palo Alto Research Center, a subsidiary of Xerox Corporation that supported pioneering research into computing. 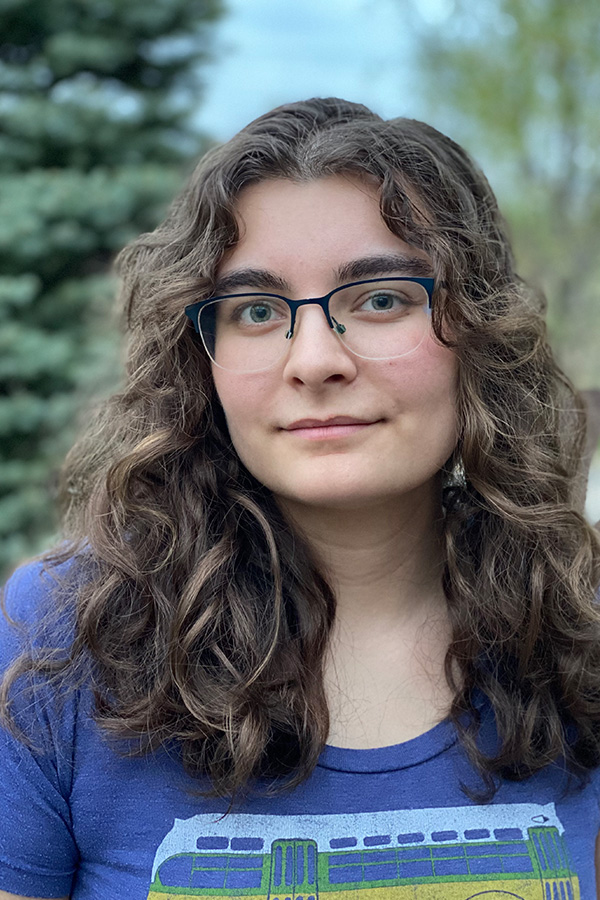 Aria Salyapongse received a Fulbright grant to teach English in Thailand. She applied because she enjoys helping people learn.

“I have been a teaching assistant all of my years at CMU, and I really liked it. I’ve tutored in physics, chemistry, mathematics and English,” said Salyapongse, who graduated in May 2021 with a bachelor of science degree in physics and a concentration in astrophysics.

Salyapongse’s grandfather was born in Thailand, and she has visited Thailand for family reunions. Most recently, she accompanied her father on a medical mission trip in 2019.

“It was an opportunity to connect with parts of my culture that I haven’t gotten to experience in America,” she said, adding that she enjoyed meeting new people, eating foods similar to what she grew up with and practicing her Thai. “I’m really hoping to continue that kind of cultural exploration and connection when I get back to Thailand.”

Like her father, Salyapongse plans to become a physician.

“I knew coming into CMU I wanted to do physics and go to medical school,” she said. She worked with Jason D’Antonio, director of CMU’s Health Professions Program to set her up for success with her application and MCAT preparation.

While in Thailand, Salyapongse looks forward to furthering her teaching and communication skills, which will be invaluable in medical school.

“The Fulbright scholarship will allow me to practice working with those of different backgrounds to my own. It will also let me build bridges into the Thai community that will help me work on global health initiatives,” she said. 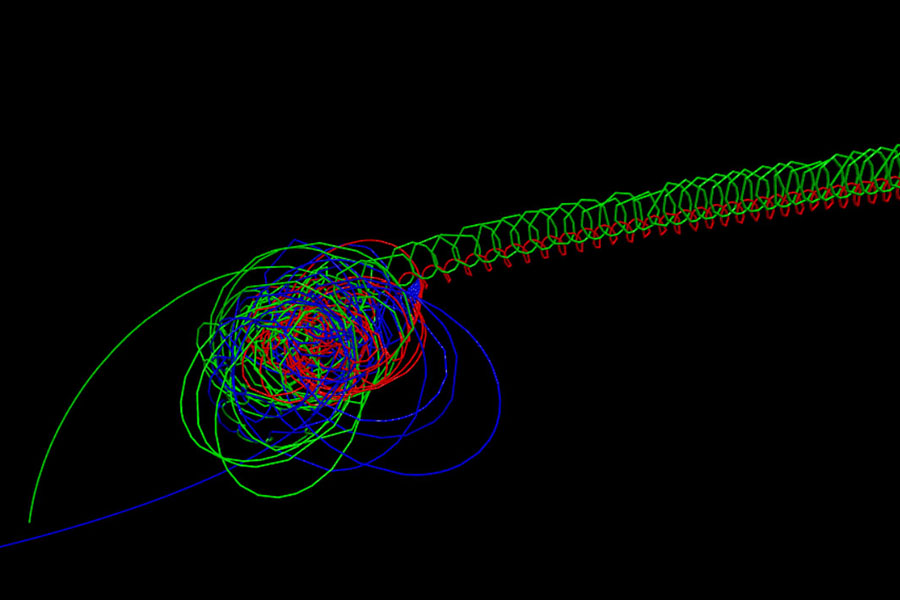 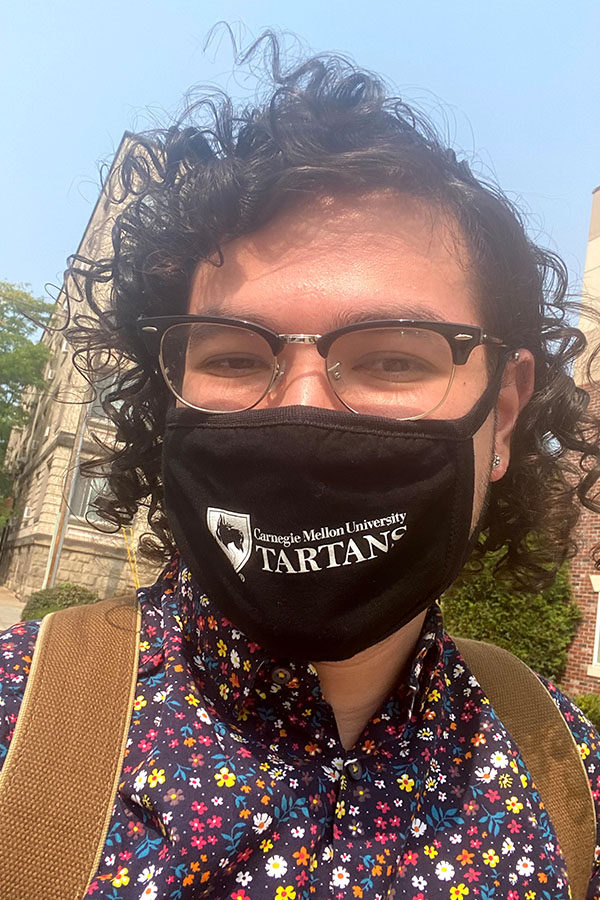 While untangling a gravitational web of black holes and binary stars as an undergraduate, Alexis Ortega was into the world of astrophysics.

He also was out of this world when it came to making the most of his CMU experience. A first-generation college student, he arrived in Pittsburgh from his hometown of Santa Ana, California, a predominantly Latino city south of Los Angeles.

“Latinos are underrepresented minorities in physics, so I knew there would only be a handful of Latino students in my classes. But I never once felt like I didn’t belong,” he said. “I felt like as long as I worked hard, I would be able to be successful in my program.

He approached his first year at CMU with a positive attitude and worked with the Student Academic Success Center to stay on top of his classes. He also attended the Mellon College of Science’s COMPASS meetings. The organization, which is short for Coaching Minority Progress and Academic Success in Science, provides students with mentors and networking opportunities.

“My freshman year, I didn’t know much about physics. I had to get extra help. I don’t see that as a bad thing,” he said. “You should never feel ashamed of asking for help.”

As his confidence in physics grew, Ortega gave back to the undergraduate physics community. He helped fellow students by tutoring them in courses he had previously taken and served on two steering committees to talk about the undergraduate experience in the Department of Physics and Student Affairs, respectively.

Hy Trac, an associate professor of astrophysics and cosmology, said Ortega is an excellent role model.

“Alexis cares about the well-being of his fellow students,” Trac said.

As a junior, Ortega reached out to CMU Assistant Professor Carl Rodriguez, a theoretical and computational astrophysicist who was then wrapping up a postdoctoral position at Harvard, to learn more about work on the dynamics of stars, black holes and the gravitational waves they create.

“I was interested in his gravitational wave research. I also thought it was really cool that he was coming in as a Latino professor, and I wanted to make that connection,” Ortega said.

Rodriguez, who joined CMU in the fall of 2020, advised Ortega on a Summer Undergraduate Research Fellowship earlier that year.

“We talked about the fact that we’re both Latino,” Rodriguez said. “There’s something to be said in working with someone who shares a background with you. As well as the importance of bringing in people at all levels of academia.”

Through working with Rodriguez, Ortega learned the computer languages Python and C and how to use a supercomputer in CMU’s McWilliams Center for Cosmology. He created simulations to study how two black holes — once binary stars — orbiting each other might interact with a nearby third black hole. The interaction can cause gravitational waves, or ripples in space-time, that can be detected from Earth using the Laser Interferometer Gravitational-wave Observatory, known as LIGO.

The work may have implications to help understand how gravitational forces can affect the evolution of binary stars.

Rodriguez said that Ortega has a knack for understanding problems by taking them apart piece by piece.

“Every researcher hones that skill at some point, and Alexis has absolutely done that. He wants to really dig into projects that he’s working on,” he said.

After graduation, Ortega went to Brown University to pursue a Ph.D. in physics.

“I’m excited that he’s going off to Brown. His background in stellar dynamics and three body dynamics will be very helpful,” Rodriguez said. “I was really impressed with how well Alexis was able to power through the pandemic. Even working from home (last) semester he’s been really on top of what he’s doing.”

Trac agreed. Having taught two of Ortega’s upper-level physics courses Trac watched him adapt to going remote for the second part of the spring 2020 semester. While Ortega was home in California, he was waking up early to virtually attend classes that started at 6 a.m. Pacific time.

“He would tell me that even though it was early, he made a point to make it to class every time because he really enjoyed it,” Trac said.

For Ortega, his whole CMU journey has been important.

“It goes to show that wherever you start doesn’t necessarily correlate to where you end up,” he said.