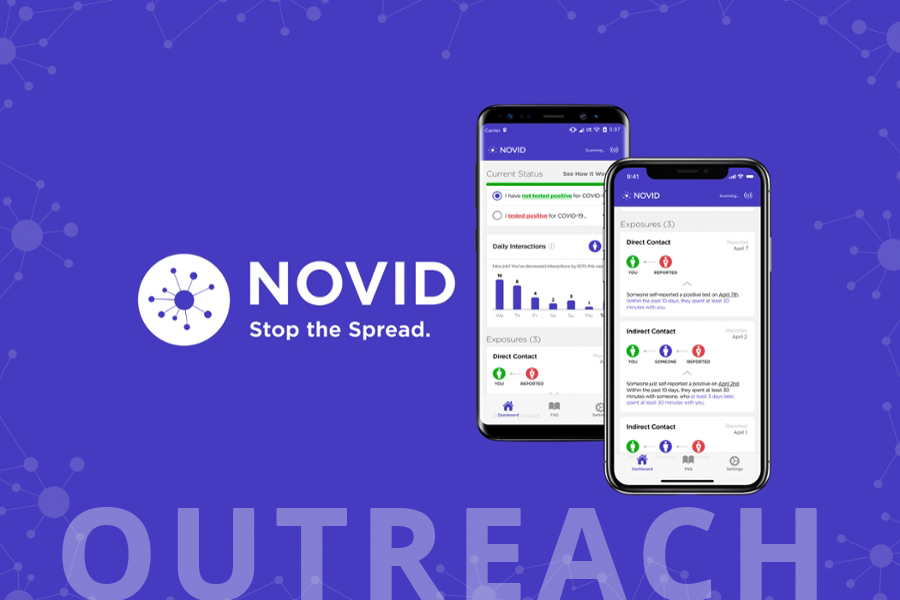 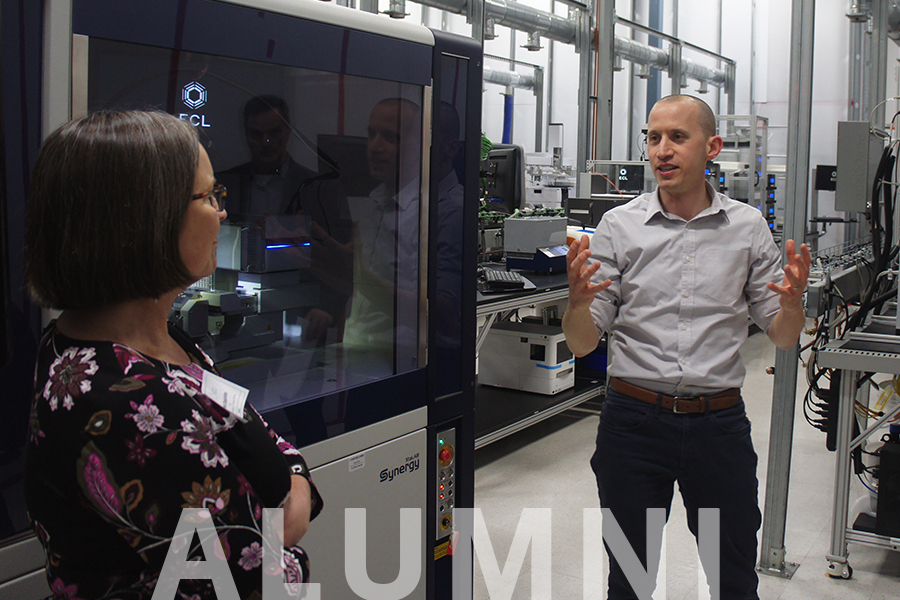 As the world continues to focus on slowing the spread of COVID-19 and determining how to safely resume everyday life, a team of designers, mathematicians, computer scientists and physicists, led by Mathematical Sciences Professor Po-Shen Loh, developed NOVID — an innovative new app that uses ultrasound technology to more accurately trace people’s exposure to COVID-19 than other apps that use Bluetooth alone.

“I had an idea of how to help the world return to normalcy,” said Loh. “And the Carnegie Mellon and broader Pittsburgh community had everything I needed to start making that idea into reality.”

Using social media and crowdsourcing, Loh brought together a team, including many CMU students and alumni working in mathematics, human-computer interaction, app development and information security — all areas where CMU excels — to develop NOVID. The free app is the first and only anonymous exposure tracing app published in the United States for both Android and iOS that does not collect any personal information from users such as GPS location, mobile phone number, email address or name. NOVID allows users to self-report if they have tested positive for COVID-19. The app periodically senses if one user comes close to another and anonymously records the distance between users. It later notifies a user if they have come in contact with a person who just reported that they tested positive or a person who has been in contact with someone who reported that they tested positive

NOVID has the potential to be a helpful tool for easing social distancing restrictions and bringing people back to work safely.

Many similar apps in various stages of development and deployment use Bluetooth radio waves to measure the distance between two devices or collect GPS location data from users. However, it is widely known that Bluetooth is unable to accurately calculate distances, and both Bluetooth and GPS can incorrectly register interactions between people in different rooms when signals pass through walls or ceilings.

Overcoming these shortfalls, NOVID augments Bluetooth with ultrasound — soundwaves with frequencies just outside the range of human hearing, which modern mobile phones can emit and record. By accurately measuring the time sound takes to travel, ultrasound can more accurately measure the distance between devices. Ultrasonic signals can also be detected through bags and pockets, and can go around obstacles by reflecting off ceilings without significantly affecting distance measurement.

Since launching, the app has been featured in Wired, Forbes, Fast Company and the New Yorker. NOVID’s user-friendly interface allows users to follow their social interactions and see how well they are playing their part to stop the spread. With its early warning network, you can see how many users you’ve met through direct and distant contact and receive a notification if any user you’ve been in contact with has self-reported a positive COVID-19 diagnosis. NOVID has also shown it avoids false exposure alerts with 99.6% accuracy — using its distance scanning feature, users can see the exact distance between those they come into contact with.

The app has also added new features to help users keep themselves and others safe. For example, administrators of organizations or institutions can create “communities” — virtual groups of NOVID users. This feature can use community trends to identify buildings or places with positive cases and inform better decision-making within those organizations. Additionally, hospitals and testing providers can anonymously verify self-reported cases from the app to better inform users about the exposures they encounter.

Earlier this year, a handful of MCS faculty donated personal protection equipment to the Allegheny County Health Department, an effort organized by CMU Police and the Emergency Operations Center.