Florian Frick and Franziska Weber have received CAREER Awards from the National Science Foundation. These prestigious grants are designed to support promising research by early-career faculty.

Frick, an associate professor of mathematical sciences, attempts to solve problems across mathematics by artificially translating problems into a geometric situation.
Even for research questions that don’t involve geometry, Frick said, a “geometric viewpoint” can be used to detect and analyze global phenomena. “The tools of geometry help you squint and take into account the aggregate of information a problem provides, instead of just a local picture,” he explained.

Understanding global phenomena or “the big picture” is a major challenge in data analysis, Frick noted. But even more importantly, Frick hopes his work will help build bridges between mathematical fields.

“The mathematical research landscape has become increasingly fragmented over the last few decades,” he said. “Projects that unify research areas and elucidate connections between seemingly disparate mathematical branches are crucially needed to make progress on mathematical problems that have resisted all attempts at a solution.”

Starting in the summer of 2023, the award will fund a research experience for undergraduates in geometry and topology in a discrete setting. Four undergraduates, primarily from institutions without a Ph.D. program in mathematics, will spend six weeks at CMU where they will learn graduate-level mathematics and engage in collaborative math research supervised by Frick. 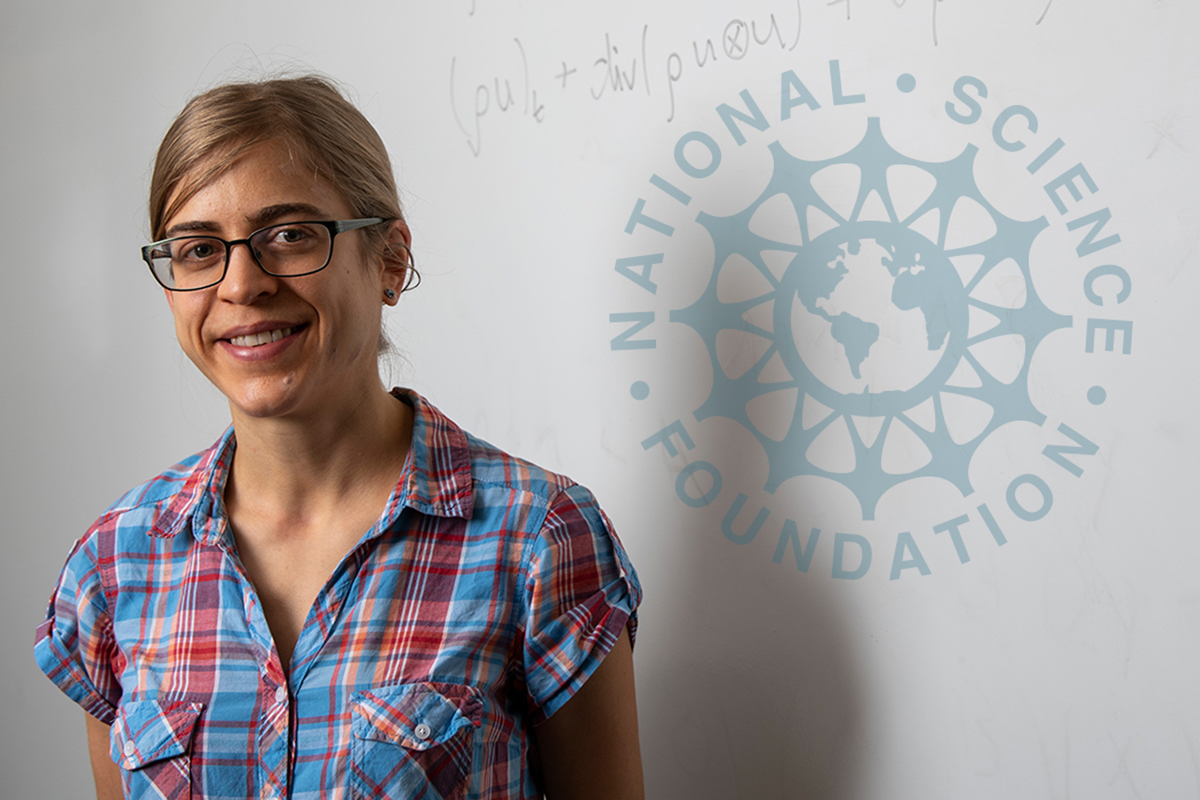 Weber, an assistant professor of mathematical sciences, combines tools from mathematical and numerical analysis and probability to design mathematically sound algorithms to simulate applications in fluid dynamics and material sciences.

Weber’s work supported by this award will focus on areas where fluids are subject to magnetic fields, she said. These can be found in nature, such as when studying magma and how the Earth’s magnetic field affects it, or in industrial applications such as precision sensors or magnetic drug targeting.

“The algorithms developed in the course of this project may be useful for engineers and physicists to simulate complicated processes on a computer instead of conducting expensive and elaborate physical experiments,” Weber said. “Moreover, it will contribute to a better understanding of these complex phenomena.”

With this grant, Weber anticipates that she will be able to hire students to assist with the work and be able to visit and invite collaborators to Carnegie Mellon. 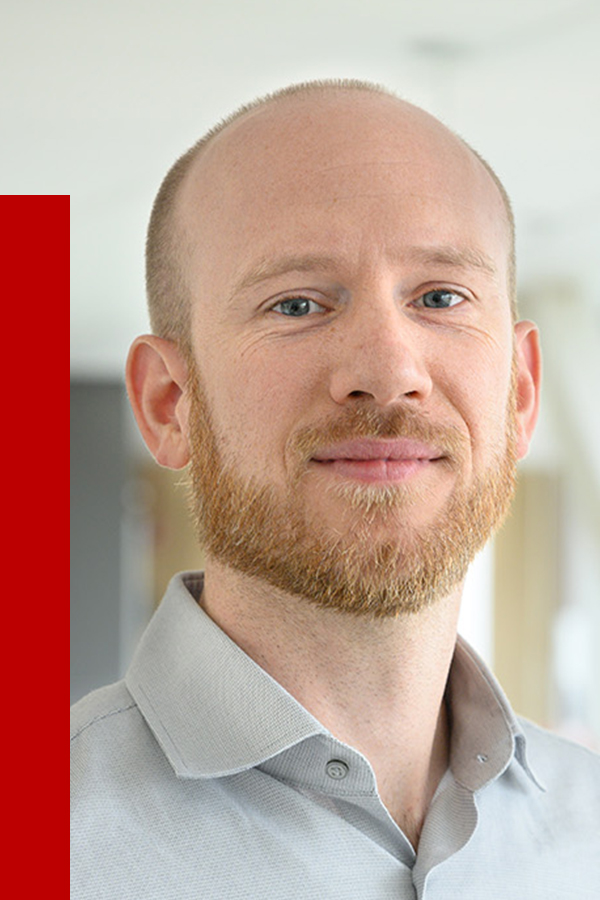 Associate Professor Martin Larsson was appointed as the Department of Mathematical Sciences’ representative on the Master of Science in Computational Finance (MSCF) Steering Committee, effective July 1, 2021. Larsson took over the position from Emeritus University Professor Steven Shreve, who stepped down upon his retirement.

“I can think of no one more qualified than Martin to represent Mathematical Sciences on the MSCF Steering Committee,” said Shreve. “He is a proven researcher, educator and a person with demonstrated good judgement on administrative matters. It is time for a new generation with fresh ideas. Martin brings to the Steering Committee a vision informed by his work on cutting edge topics in mathematical finance.”

Larsson joined the Department of Mathematical Sciences faculty in the fall of 2019, coming from ETH Zürich where he was an assistant professor for five years. His research takes an interdisciplinary approach to modeling the phenomena that are seen in financial markets and economic systems, bringing together fields like probability, statistics and machine learning.

As a member of the five-person MSCF Steering Committee, Larsson and his colleagues will lead the program into the future, evaluating its curriculum based on input from employers, alumni and the MSCF Advisory Board to ensure that the program meets the changing needs of students and the financial industry that will employ them.

Networking: From Theory to Human Interaction

Professor Po-Shen Loh is a people person. He is a network theorist, and he believes the most important network is the one between people. So much so, that over the summer in 2013 he embarked on an ambitious project with Teaching Professor John Mackey at the request of Carnegie Mellon Admissions to tour high schools in New York. The objective of these tours was to give students a chance to hear about real-life math research and learn a little bit about Carnegie Mellon.

It was around this time that Loh was also named the Head Coach for the U.S. Math Olympiad team. He quickly realized that while he was on-site working with his team, he could optimize the time on his trip by giving more math talks at high schools.

Eventually he began to book high school talks in the cities he was visiting for university research talks. By the end of 2019, Loh was regularly invited by high schools in the United States and around the world to give such talks. However, as with most other things, the pandemic sidelined Loh’s ability to travel. But as a true mathematician and problem solver does, he found a way around it. Between March and June 2020, he livestreamed his math talks every day to students around the world.

In May 2021 he predicted that the approaching summer would be quiet, and he would have a chance to resume his in-person research talks with a twist: they would all be hosted outdoors at local parks with no screen or projector. Loh challenged himself further to physically travel to as many cities as possible and give as many talks as possible between the end of June and late August.

“I got a Wi-Fi transmitter so that anyone who comes to the talk can connect to it, and if they go to a certain website on their phone, they see everything I’m drawing on my computer screen,” he said.

Through word of mouth, Loh’s talks gained in popularity and with every event his audience grew larger. In the end, his tour boasted 40 cities and about 3,000 in-person attendees. While Loh presented on some of his research, his main goal was to get middle school-aged students and their parents interested in thinking about math as a resource.

“The reason I do this is to help the parents understand if you want your kids to succeed in math, it’s not by taking crammed school classes, it’s not by practicing a lot of methods, it’s by learning how to think and invent new ideas in math. It’s by doing problems you don’t know how to do,” Loh said. 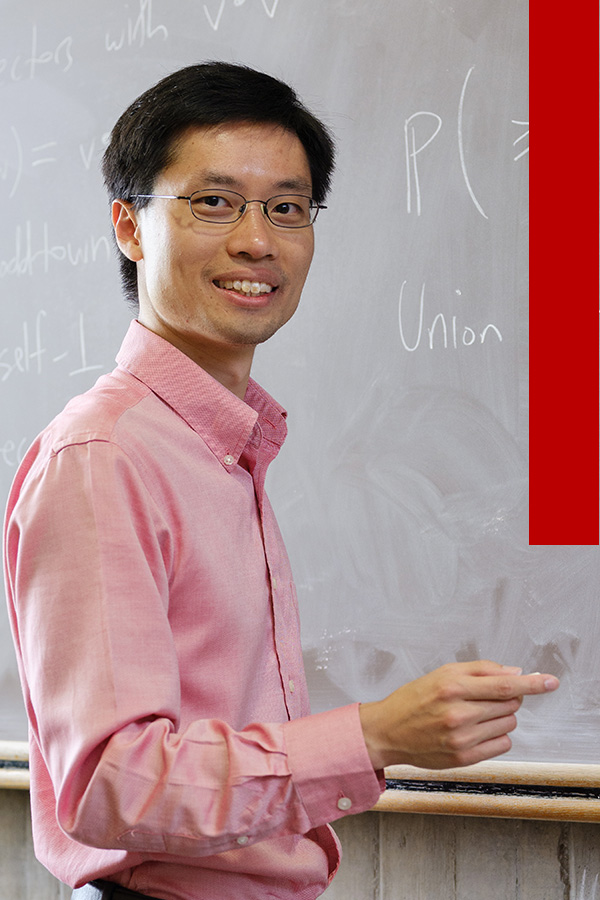 In his 10 years as head of the Department of Mathematical Sciences, Tom Bohman led the department to new heights, recruiting notable junior and senior faculty to Carnegie Mellon University, bolstering the department’s highly regarded undergraduate and research programs and increasing the department’s engagement with its alumni. Last year, Bohman announced he would step down from the position to return to the faculty and devote his time to his research and teaching.

This summer, students, faculty, staff and alumni of the Mellon College of Science gathered virtually to celebrate Bohman’s dedication and achievements.

“Ten years ago, the Mellon College of Science had no idea how right they were in selecting Tom to head the Mathematical Sciences Department,” Glen de Vries Dean Rebecca W. Doerge said in introducing Bohman. “He has exceeded our high expectations at every level.”

During the celebration, Bohman took time to highlight some of the achievements of the Mathematical Sciences Department under his leadership in the past decade.

“My first motivation is the beauty of mathematics,” Bohman said while showing off an isometric embedding of the flat torus into 3D space produced by famous MCS alumnus John Nash, and more recent work created by associate professors Hayden Schaeffer and Wes Pegden.

Another important priority for Bohman was crafting a good student experience for Mathematical Sciences students, including compelling courses, more opportunities for undergraduate mathematics research and strong participation in math-related extracurriculars. Bohman noted that under the leadership of Professor Po-Shen Loh, the number of MCS students placing in the top 500 in the prestigious William Lowell Putnam Mathematical Competition has increased dramatically in recent years. 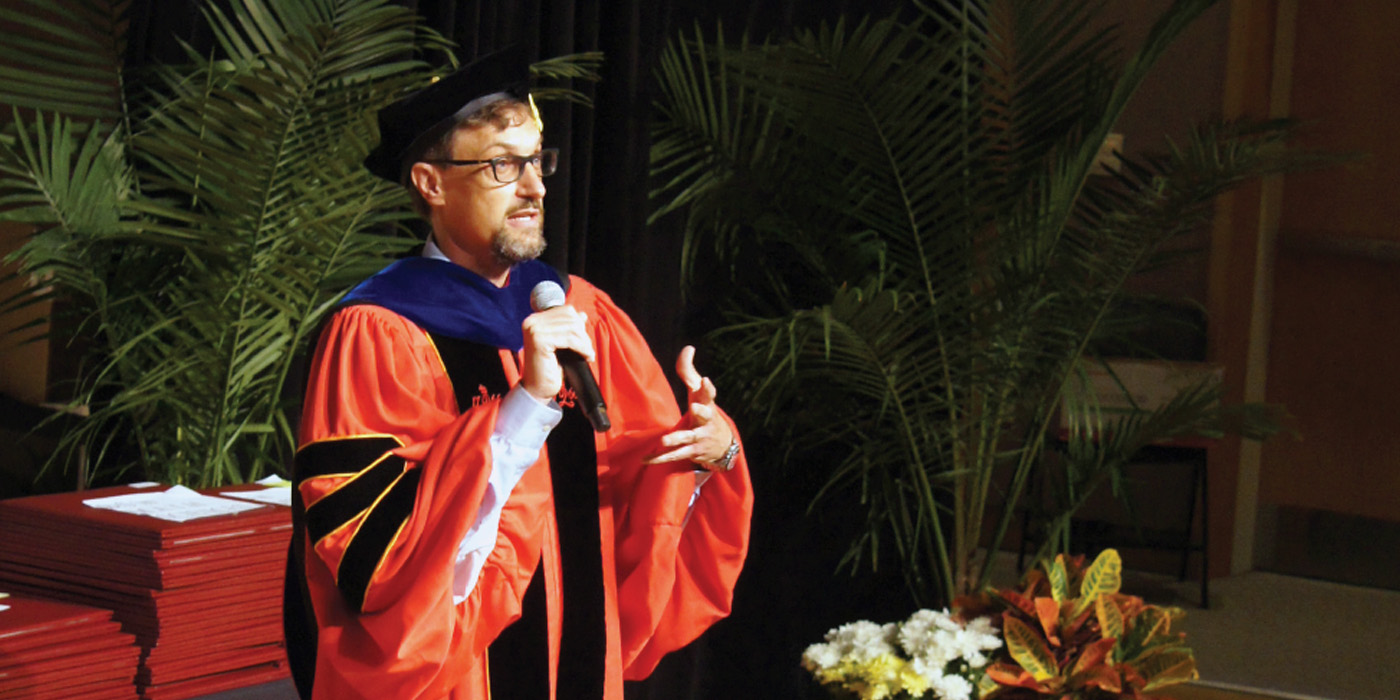 “My feeling is the best measure of whether you’re succeeding for the students is whether they come,” Bohman said, and the steadily increasing number of undergraduate math majors seems to have pointed toward success in that area.

Bohman also did more to connect with the department’s alumni than had ever been done before. He instituted regular dinners that allowed alumni at all stations in life, from university trustees to recent graduates, to meet and network while connecting with the department and Carnegie Mellon. He also started this newsletter to keep all alumni up to date on the department’s accomplishments.

In doing this, he rallied alumni support for building much-needed endowment funds that benefitted students. Through these efforts, Bohman and the department were able to recruit some of the best young students to Carnegie Mellon. The department offered enhanced opportunities for student research, which allowed math students to work alongside the university’s renowned faculty to make their own discoveries.

“Mathematics hasn’t traditionally been seen as a field where students do meaningful research; the department made a concerted effort to change that,” Bohman said.
This includes summer programs where students can focus on a project without the distraction of coursework. While previously only a handful of math students were conducting research, now more than 60 work on high-quality, open-ended mathematics projects.

Bohman will continue to have an impact on the department into the future. He still can be found in Wean Hall, happily thinking about math, his students and his classes.