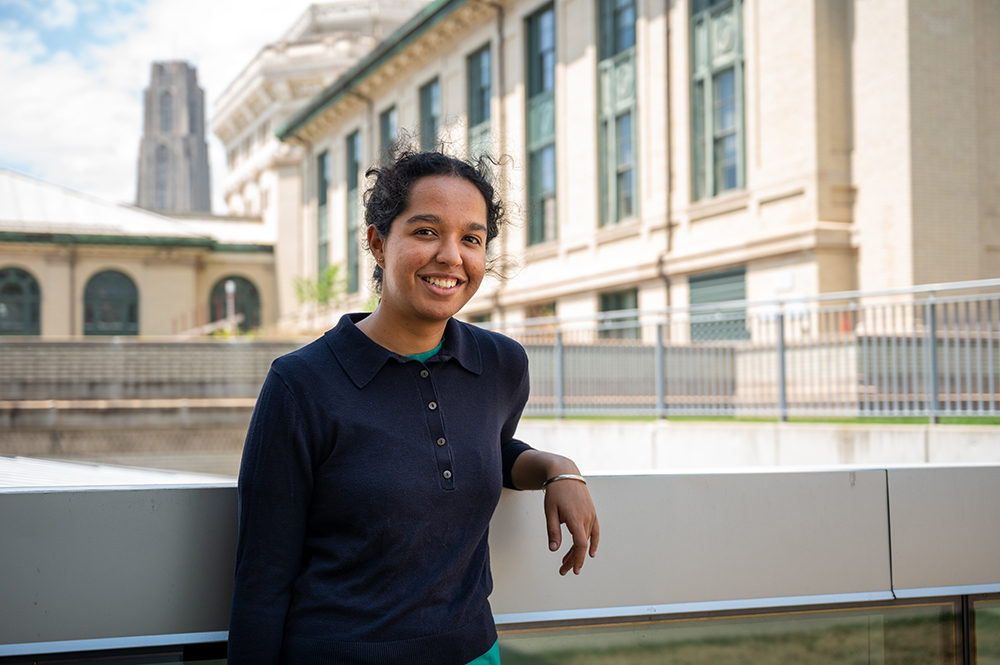 Byron Daniel wondered why students did not enter physics.

“Thinking back to when I was a child, I remember that physics was usually presented as a subject too complex or impossible to master,” said Daniel, a doctoral candidate in Carnegie Mellon University’s Department of Physics. “Physics is a difficult subject, yes, but like riding a bicycle one can both learn and master physics with proper guidance and practice.”

As the first person to hold the physics diversity and outreach teaching assistant position, Daniel would visit schools and offer teachers and resources to better tackle the subject.

Initially suggested by Carl Rodriguez, assistant professor of physics, people in the TA position spend 15 hours a week reaching out to the community and promoting diverse voices in physics. The pilot program, approved by Rebecca Doerge, Glen de Vries Dean of the Mellon College of Science, and Scott Dodelson, professor and department head of physics, is now in its third year.

“Historically, physics has not been a very welcoming place for women or for most minorities,” Dodelson said. “We understand some of the reasons, and we’re trying to address them, but we really have to turn to the input we get from younger people with different perspectives.”

Daniel saw the position as a way to introduce young people to physics in a more accessible way. He used the role to create opportunities for underrepresented elementary, middle and high school students to learn more about physics and consider future careers.

“I felt failure on my part would mean that the students of Pittsburgh would be deprived of opportunities that they so desperately need,” Daniel said. “So, I spent the year working very hard to establish connections between Pittsburgh Public Schools and the Physics Department.”

Though the pandemic hindered some options, such as in-person demonstrations, Daniel laid a strong foundation for his successor and fellow doctoral candidate, Sindhu Murthy, to expand.

Murthy knew Daniel from classes, and they shared concerns about how few students from underrepresented backgrounds were in physics. She used many of the connections Daniel had formed and created more in-person programs for students. She and other physics students went into schools in the Pittsburgh region to conduct multiple physics demonstrations. 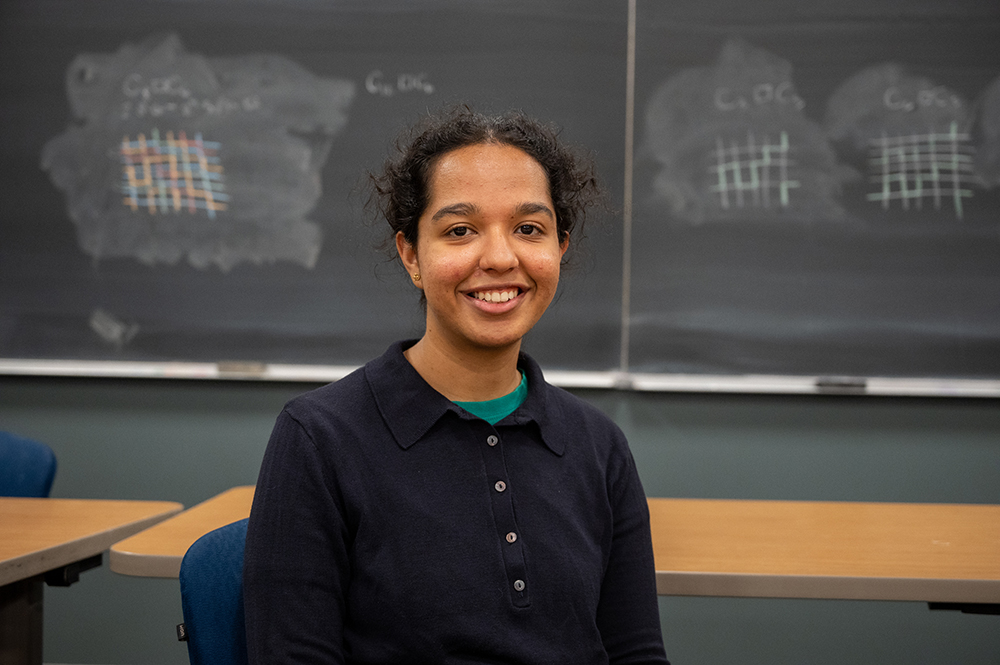 “We spent an entire day with students doing demos, taking their questions and keeping them entertained while educating about how cool physics can be,” Murthy said. “I heard afterward a lot of students were very happy to see me when. I think for them, it was the fact that I was a woman and a person of color, and I was doing physics. I was playing with these really cool gadgets. I think that had an impact on the students, and I am really proud of being that face.”

Besides offering resources to schools, Murthy provides physics students a sounding board. She listens to their thoughts on issues related to diversity and outreach then shares some of the themes with the department.

“You want incoming physicists and professors to keep in touch with what people of this day and age do,” she said. “It’s a really good thing that the Physics Department is trying to get fresh voices in there, because if there’s too much of the old way of doing things, it’ll potentially steer bright young people away.”

Murthy’s teaching assistant term will end in August. She, Dodelson and Daniel and said they hope the position continues and expands in the future.

“The college and university are really committed to making changes,” Dodelson said. “This is one of the best ways I’ve seen of really making changes. It’s easy to set up committees and have discussions, but this is on the ground. People are really working hard to make things happen.”

Daniel said he hopes that similar positions emerge across the university.

“I hope that more departments at CMU adopt this position,” Daniel said. “Over the past two years, I have had the chance to see the positive impact that Sindhu and I had on physics education in Pittsburgh. I would love for other CMU STEM departments to have similar positive impacts.” ■

DASIE Connects Students with Data Analytics Opportunity
On the Horizon